Berkshire Hathaway CEO Warren Buffett is the smartest investor of his generation, but behind his brilliance is the foundation of common sense. For example, when asked why he mostly avoided the technology sector during the dot-com era, he replied because he "didn't understand it."

In recent years, he's reconsidered this decision. First by hiring younger investment managers Ted Weschler and Todd Combs for their knowledge and by brushing up on the sector himself. Now Berkshire has billions invested in technology companies.

However, not all investments in the technology sector have put up the type of returns that have defined Buffett's career. In fact, Berkshire's lowest-priced stock is a consumer technology name. Is it time to invest in Buffett's lowest-price stock or avoid it altogether? 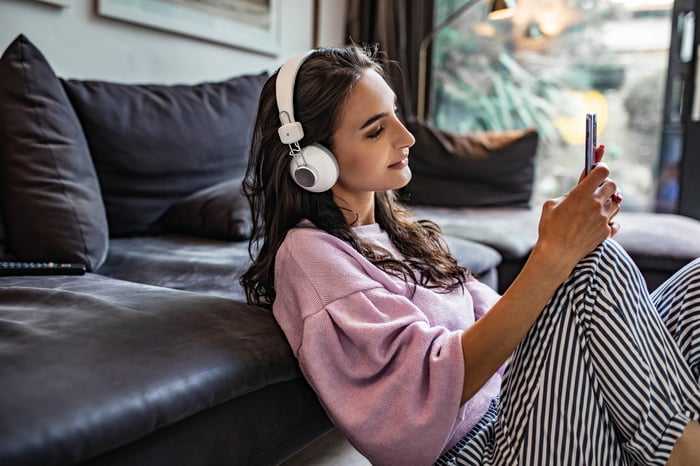 Berkshire's portfolio is massive and contains more than 40 companies. Edging out Teva Pharmaceutical, the lowest-priced company on a per-share basis is satellite radio company Sirius XM (NASDAQ:SIRI). Currently, the stock trades hands for approximately $6 per share.

Buffett certainly hasn't broken his cardinal rule ("Never lose money") with Sirius XM, but that isn't the metric that Buffett and company base their performance on.

In Berkshire Hathaway's famous shareholder letters, the company benchmarks its performance to the S&P 500 total return index (dividends reinvested). Buffett initiated a position in Sirius in late 2016, so here are the returns from 2017 through today by year.

We all know price isn't value and Sirius XM is a perfect example of that. Despite the low per-share price, the company is rather expensive by traditional metrics, trading at a price-to-earnings ratio of 88 times.

Sirius XM had two powerful drivers over upstart streaming services from Apple and Spotify. The first was Sirius' strong relationships with car manufacturers to put its technology in OEM (original equipment manufacturer) applications and offer free introductory periods, which would encourage new car buyers to become subscribers. By contrast, Spotify operates a freemium model where it must convert an ad-supported free listener to a paying subscriber.

The second was that Sirius XM received more favorable royalty treatment courtesy of the U.S. government. The 2018 Music Modernization Act raised Sirius XM's artist payout rates, but the costs are still below what streaming services must pay. Unlike streaming services, Sirius XM pays a capped percentage per song that is now equal to 21.4% of revenue per a company press release.

The combination of these two items means Sirius XM is significantly more profitable on a unit economics basis. For example, in the recent quarter Sirius XM's gross profit margin percentage was 55% while Spotify's was 26.5%.

Despite having these embedded advantages, Sirius XM has seen its market share in subscriptions erode. Spotify now has 165 million paying subscribers; Apple Music has an estimated 70 million subscribers; while the combined total for Sirius XM and the acquired Pandora is approximately 41 million. Furthermore, Sirius' market share could erode further in the upcoming year as chip shortages hamper new car sales.

Buffett's been selling, so I'm not buying

Perhaps unsurprisingly due to his $130 billion Apple position, Buffett's been selling shares of Sirius XM in recent years. After taking a position of 167 million shares in 2016, Berkshire has been selling in recent years and now owns less than 45 million shares. Looking at the long-term competitive position of Sirius XM, I understand the decision.

Additionally, the rationale to invest in a low-priced stock doesn't make much sense now that fractional shares are available at most major brokerages. Whether you want to buy $50 of Apple, $50 of Buffett's highest per-share holding -- Amazon, or even buy $50 of all Buffett's portfolio companies by buying Berkshire B shares, you can do so now.