The merger between two Canadian pot companies Aphria and Tilray (NASDAQ:TLRY) has been the highlight of the industry this year. Tilray, which was once a smaller company, now holds a market cap of $5.2 billion since the merger completed in May. The terms of the merger deal required the new company to operate under the Tilray name.

Smart investors know that a merger this big takes time to fully integrate and start showing results -- a glimpse of which was seen in Tilray's recent earnings. Tilray reported an outstanding fourth quarter ended May 31 for which it had a net profit for the first time. It also recorded the ninth consecutive quarter of positive adjusted earnings before interest, tax, depreciation, and amortization (EBITDA). So what else about Tilray makes it a worthwhile buy for the long term? 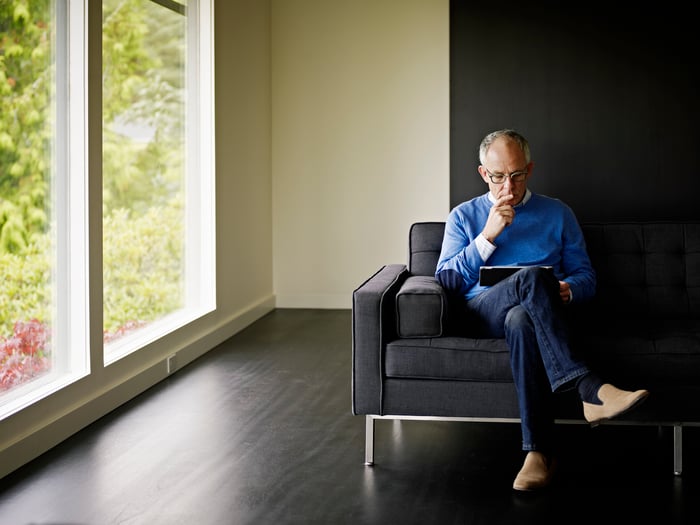 1. A bigger company has many perks

A combined (and bigger) entity can benefit from each of the legacy standalone companies' efficiencies. With combined supply chain and operation efficiencies, the new Tilray aims to generate pre-tax annual cost synergies of 100 million Canadian dollars.

Cost synergies refer to cost reductions achieved from a merger that allows both companies to take advantage of each other's efficiencies (such as competitive innovative products, high-class production facilities, growth strategies, the scale of operations) to generate more sales.

In its recent Q4 results, management stated it has already achieved $35 million in cost synergies and is on track to achieve the $80 million target in the next 16 months. Note that these figures do not include revenue synergies (revenue to be generated from the combined company). The company might be able to grow revenue drastically from access to a wider market (that both companies have a presence in) globally. Patient investors know that it might take a while, but it is possible.

2. Wide opportunities in the international markets

Post-merger, the combined company has a vast presence in the national and international markets. Besides having strong roots in Canada, Aphria already had a vast international presence in Europe, Africa, South America, and Oceania medical cannabis markets. It derives a chunk of total revenue from distribution from its Germany-based subsidiary, CC Pharma. In its recent quarter, distribution revenue contributed to 47% of the new Tilray's total net revenue of $142.2 million.

Management stated in the earnings call that coupled with its low-cost production facility in Portugal, it expects to drive growth from these facilities in the European market. Tilray also has plans to expand to Poland, Italy, the U.K., France, the Netherlands, and Israel, when full cannabis legalization happens -- where management expects it to happen well before it does in the U.S.

The European market could prove to be a tremendous opportunity for Tilray. It is expected to grow at a compound annual growth rate of 29.6% to be worth $37 billion by 2027.

The company also has an agreement to distribute its medical cannabis product in the U.K. and New Zealand.

Tilray is also eyeing the U.S. market, which is turning to be a hot cannabis market right now. This market could grow at a compound annual growth rate (CAGR) of 21% to more than $41 billion by 2025. But federally, that's still a long shot for Canadian companies. If and when the U.S. legalizes marijuana, the domestic multistate operators like Trulieve Cannabis, Green Thumb Industries, and Cresco Labs (which are in a better financial standing) will be the first to benefit. However, I applaud Tilray's enthusiasm to be well prepared for the full U.S. cannabis market.

Recently, it also announced a deal by which it acquired convertible notes that would allow it to own a 21% stake in MedMen, a U.S. cannabis multistate operator. Tilray's CEO Irwin Simon stated the company aims to reach $4 billion in revenue by fiscal 2024, and the U.S. cannabis market would be an important part of that.

This deal doesn't sound favorable considering the position MedMen is in right now. Even though MedMen has 25 retail stores and holds another 21 licenses, it is still not profitable. In its recent quarter ended March 27, the company reported a net loss of $9.7 million.

That said, smart investors know that Tilray is capable of growing its profits and trust it to make more smart acquisitions to capture the U.S market in the future. The company generated positive free cash flow of $3.3 million in Q4 2021. It ended its fiscal 2020 with a strong balance sheet, having cash and cash equivalents of $488.5 million.

An evolving sector like marijuana is for investors who can keep patience for the industry to reach its full potential, which could take a while. Estimates show that the legal global marijuana market could be worth $70 billion by 2028. Tilray has a strong international presence and financial capacity to expand in the ripening U.S. market. It has the potential to grow to become one of the top cannabis players both nationally and internationally. Wall Street analysts expect Tilray's stock to surge 52% in the next 12 months -- I am certain it can. The stock is already up 38% so far this year, compared to the 4% gain of industry benchmark Horizons Marijuana Life Sciences ETF's gain.

A little bit of patience with this pot stock could bring investors fruitful returns over the long term.