If the stock market corrects further this month, dividend investors of all risk tolerances should look to these three stocks.

This September has been shaky, as the Evergrande crisis threatens China's economic outlook, investors are nervous about the Federal Reserve tapering its bond-buying program in the near future, and the overall S&P 500 index is already up 16.1% on the year, even after the past week's turbulence. 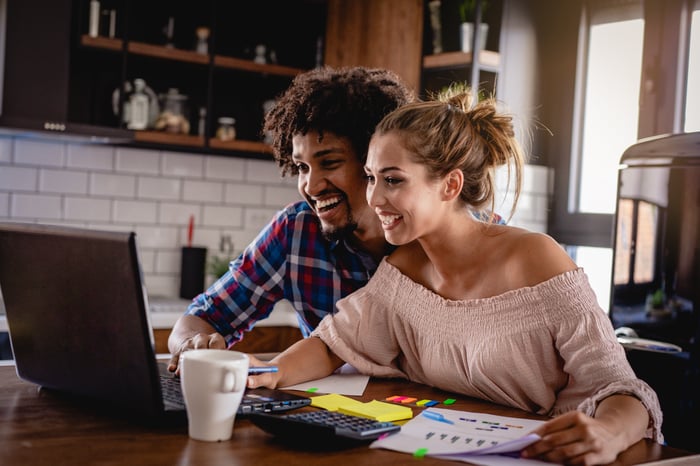 Superstore giant Costco (COST 0.33%) reports earnings today, but one quarter's figures shouldn't matter too much in broader context. In fact, much information about the quarter is already known, since Costco releases its comparable sales figures every month. For the most recent three months, Costco has reported accelerating same-store sales excluding fuel and currency swings, with 7.9% comps in June, 8% comps in July, and 9.1% comps in August.

Those numbers confirm what most investors already know: Costco's membership-based, low-price warehouse business model is still resonating with customers. And while many businesses may be vulnerable to disruption by technology, Costco's low-cost model seems pretty likely to stand the test of time. After all, everyone loves a good bargain.

At 42 times earnings and sporting just a 0.7% dividend, some may think Costco stock is too expensive. However, in an age of rock-bottom interest rates, a safe stock like Costco deserves a high earnings multiple. And Costco has also paid out large special dividends every few years, with the most recent $10 special dividend coming last December. Additionally, Costco raised its base dividend 12.9% earlier this year, and should continue growing it in the future.

Costco also continues to grow its business, opening new stores in the U.S. and across the world, having opened six new megastores just since May and bringing its total to 815.

Interestingly, the company only has one store open in China. Given the potential size of that market, Costco has a tremendous opportunity to grow there. After all, should the Evergrande debacle push China into recession, more Chinese consumers will be looking to stretch their wallets -- and there's no one better at that than Costco. 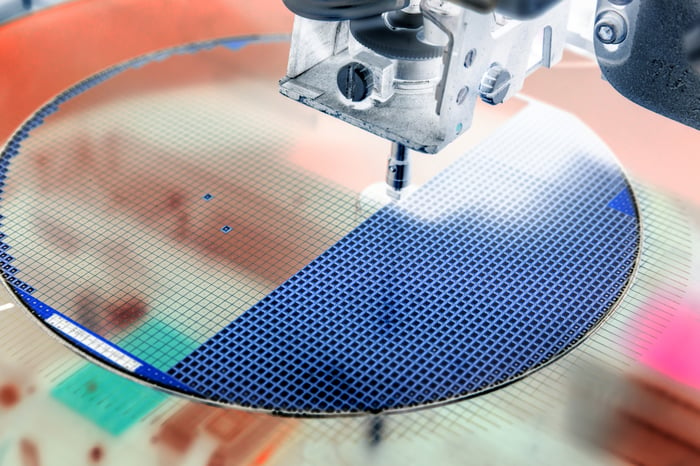 Given the huge semiconductor shortage we find ourselves in today, you may be surprised to learn that semiconductor manufacturing equipment maker Lam Research (LRCX -1.05%) is down about 13% since all-time highs set back in March. Furthermore, Lam trades at a below-market multiple of just 18 times next year's earnings estimates. But there's good reason to think Lam's stock could be much higher in the years ahead.

While its dividend is only 1.02%, that payout should rise handsomely in the future, since Lam's payout ratio is below 20%. Lam also just raised that dividend 15% in August, and its ex-dividend date is Sept. 27, so investors still have time to cash in on the next payment.

But don't think Lam is skimping on rewarding shareholders with that low payout ratio; the company basically devotes the rest of its free cash flow to share repurchases, another form of shareholder returns that lowers its share count. Growing earnings with a declining share count is definitely a recipe for long-term success.

So how does Lam fund growth, a dividend, and share repurchases all at once? A huge return on equity of nearly 70%, which means Lam doesn't require much capital to grow profits. That high ROE stems from Lam's competitive advantage as one of only a handful of highly specialized equipment makers for advanced semiconductor manufacturing.

So why is Lam trading at such a cheap valuation? Chalk it up to the semiconductor industry's highly cyclical history. Since Lam's results are booming right now, many investors are scared of a potential "bust" around the corner.

Yet the semiconductor industry may become less cyclical in the future than it has been in the past. Most of Lam's foundry customers have announced large, multi-year investment plans this year, and advanced chips are now demanded in a broader array of applications, from 5G, to artificial intelligence, to the Internet of Things.

While there may be some bumps down the road, semiconductor growth is forecast to outpace overall economic growth over the course of the next decade. That means investors would be wise to pick up shares of this competitively advantaged tech stock on a pullback. 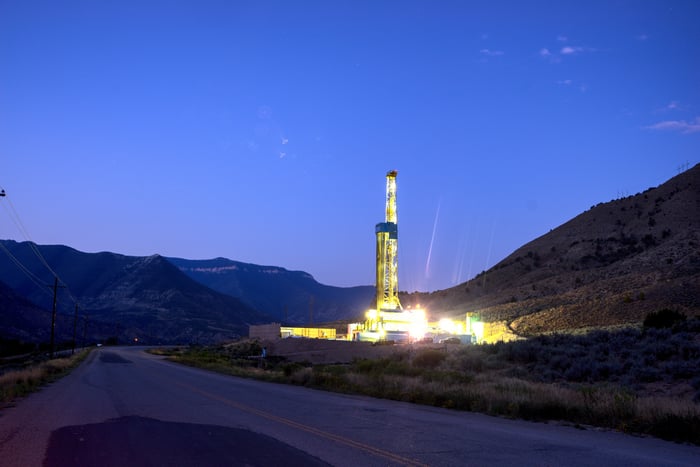 For those feeling aggressive in a potential downturn, look no further than shale oil producer Pioneer Natural Resources (PXD -3.29%). Oil stocks can be risky, as all commodity stocks are subject to forces out of their control. Furthermore, a decade of low oil prices, along with shale companies burning cash on growth has left investors sour on the oil sector. Add in concerns about the "end of the oil age" from the rise of EVs, and many oil stocks trade at bargain basement valuations today.

However, although an economic downturn could hurt oil prices, Pioneer has the lowest cost per barrel in the Permian Basin. That's an advantage that positions Pioneer to weather bad times and make better margins in good times.

There are also reasons oil stocks could make good dividend stocks for risk-on investors today. Most U.S. shale companies are changing strategies after the past decade of terrible returns. Like others, Pioneer has essentially told investors it will cap its production growth at 5%, keep costs low, and pay out roughly 80% of free cash flow going forward as a dividend.

That dividend will consist of a $0.56 fixed quarterly dividend, or a 1.5% yield at today's stock price, plus a variable dividend of 75% of free cash flow above the fixed dividend, with the rest going toward its balance sheet.

Pioneer was going to begin paying out variable dividends next year, but decided to accelerate that to the back half of 2021. And guess what? The first variable dividend is set to be paid shortly, as Pioneer has an ex-dividend date of Sept. 29. That dividend will amount to $2.07 per share, or an extra $1.51 above the base rate. Annualized, that would come to a 5.6% dividend at today's price.

However, with oil prices remaining in the $70 range, the company's hedges coming off, and better-than-expected execution, Pioneer expects the dividend to grow next quarter, yielding 8% when annualizing the company's estimates for the back half of the year.

If the newfound supply discipline from shale producers sticks, it could keep oil prices more stable going forward, especially as demand picks up coming out of the pandemic. If that's the case, oil stocks generally and Pioneer specifically could make significant profits over the next few years. So for those thinking oil prices could stay at current levels for some time or move even higher, Pioneer is a solid pickup.

Costco: A Membership-Fee Increase Is Coming

Should I Buy Costco Stock Before Earnings?
363%