Thursday was another great day for the stock market, although the Nasdaq Composite (NASDAQINDEX:^IXIC) lagged behind some other major market benchmarks. Nevertheless, the Nasdaq managed to gain almost a full percentage point by 12:30 p.m. EDT, and it moved to within just a few percent of all-time record highs.

Small-cap stocks don't always get as much attention as their larger counterparts, but they often have the best growth prospects. On Thursday morning, shares of Veritone (NASDAQ:VERI) and PAVmed (NASDAQ:PAVM) were among the top performers on the Nasdaq. Below, we'll look more closely at the news that moved these stocks, with an eye toward trying to figure out whether they'll be able to sustain their upward momentum.

A very valuable agreement for Veritone

Shares of Veritone were higher by more than 13% on Thursday morning. The provider of enterprise artificial-intelligence software announced a major deal that could play a key role in driving growth in the years to come. 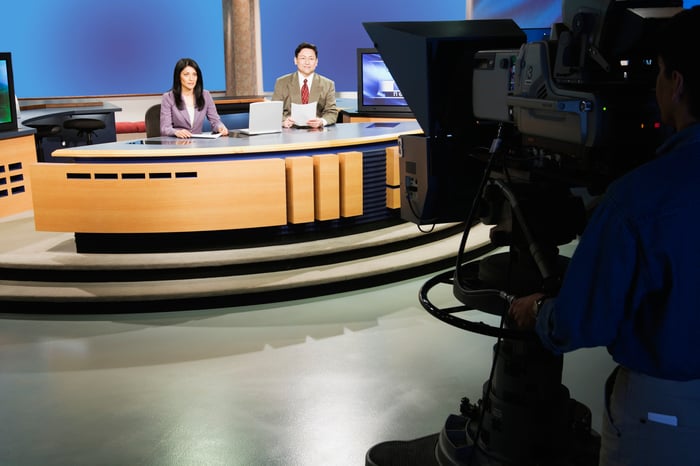 Veritone has had a long relationship with the CBS News unit of ViacomCBS (NASDAQ:VIAC), spanning 11 years. It helps television producers, filmmakers, and other content creators take full advantage of news archive footage by using search and discovery functionality in its aiWARE platform. However, with the extended agreement announced today, Veritone and CBS News will boost access to the global creative community, allowing access not just to archival footage but also to breaking news content.

The exclusive international agreement will cover the next three years. With millions of hours in its library of content, CBS News and Veritone see the deal having a substantial influence on creators seeking to tie their content to current and past news events.

Veritone has made numerous efforts to foster its growth, including recent acquisitions to expand the functionality of its platform. Those efforts are now paying off in the CBS deal, and it'll be interesting to see how Veritone takes advantage of greater visibility as a result.

Elsewhere, shares of PAVmed soared 16%. The maker of medical devices plans to do an initial public offering for one of its subsidiaries, potentially offering shareholders a chance to benefit directly from its prospects.

PAVmed is a majority owner of Lucid Diagnostics, which is responsible for what it says is the first and only commercial tools for widespread early detection of esophageal pre-cancer and cancer. Lucid also has a gastrointestinal health division that includes a different esophageal device for use in different indications.

PAVmed's announcement revealed that Lucid has filed an S-1 registration statement with the Securities and Exchange Commission to go public. Lucid's ticker on the Nasdaq will be LUCD.

After the spinoff, PAVmed will be left with its remaining businesses, including its Veris Health digital sensor and patient monitoring subsidiary. Other divisions include minimally invasive devices treating carpal tunnel syndrome and various other innovative medical devices.

PAVmed has climbed substantially this year, with the key appointment of a well-known executive in the genetic diagnostics field helping to bolster the value of Lucid's business in particular. Investors will have a chance to choose whether they see more value in Lucid or in PAVmed's other businesses after the IPO is complete.