This industrial bellwether showcases how inflation is affecting businesses.

Transportation giant FedEx (FDX -0.44%) reported its Q1 fiscal year 2022 earnings on Tuesday -- representing the three-month period ended Aug. 31, 2021. Despite decent numbers all around, the stock fell by over 8% on Wednesday. Investors clearly didn't like the quarter's lower-than-expected earnings per share, the company's adjusted full-year guidance, or what looks to be continued profit margin compression.

Aside from financial performance, FedEx's earnings call was chock-full of insight that pertains not just to industrial stocks but to other sectors as well. FedEx is seen as a bellwether for the broader economy because its performance reflects consumer spending, international trade, e-commerce, global supply chains, and more. Let's dig into the company's presentation to discover nuggets that could tell us how the real economy is performing, and, in turn, how that affects all investors. 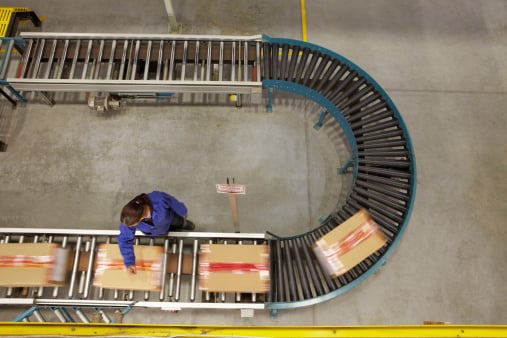 The economy is thriving, but there are serious issues affecting FedEx and other companies that could continue into next year. This quarter's earnings were hurt by supply chain challenges and a tight labor market -- problems that don't look likely to go away over the next few months. FedEx's lower full-year guidance signals that the company expects these issues to persist and hurt its business well into the future.

"The impact of constrained labor markets remains the biggest issue facing our business as with many other companies around the world and was the key driver of our lower-than-expected results in the first quarter," said Raj Subramaniam, FedEx COO.

Subramaniam went on to say "we estimate that the impact of labor shortages on our quarterly results was approximately $450 million, primarily at FedEx Ground. Labor shortages had two distinct impacts on our business. The competition for talent, particularly for our frontline workers, has driven wage rates higher and pay premiums higher. While wage rates are higher, the more significant impact is the widespread inefficiencies in our operation from constrained labor markets."

Higher labor and supply chain costs contributed to a 10.3% increase in capital expenditures compared to the same quarter last year. These added costs also hurt FedEx's bottom line, resulting in a 16% decrease in year-over-year diluted EPS despite a 14% increase in YOY revenue. The results prove just how vulnerable FedEx is to economic factors outside its control.

Wage growth, higher supply chain costs, and higher fuel costs are three examples of what inflation looks like for an industrial company like FedEx.

To offset higher costs and improve its margins, FedEx has little choice but to raise prices -- which is exactly what it's doing starting in January 2022. FedEx is essentially passing along its higher costs to its customers, which should work given the strong demand for its services.

United Parcel Service (UPS 0.23%), FedEx's largest competitor, has a similar approach. It reported its Q2 2021 earnings in late July. On the call, CEO Carol Tome indicated that price increases would be the company's primary means of combating inflation.

Well, we know what happens in an inflationary environment, don't we? Somebody pays for it, usually the consumer, which means price increases get passed along all the way to the end to the consumer until the consumer says, "Ouch, I'm not going to buy anymore." Consumer continues to buy. So, there we are in the cycle.

Inflation ripples through our economy in multiple ways. Supply chain issues and labor shortages continue to be some of the key risks being reported by major companies. Other inflationary pressures include the global chip shortage, which is causing everything from cars to electronics to increase in price. A few months ago, increased lumber costs were a primary contributor to rising home prices.

No one has a crystal ball, but when you have a company like FedEx basically saying that it's going to have trouble hiring enough workers to meet holiday demand, then there's a good chance other companies will have the same problem. Inflation isn't necessarily something to fear, but it's certainly worth paying attention to. Whether it's a shipping company like FedEx, a homebuilder, an automaker, Nike, or Apple, it's in a company's best interest to offset the higher cost of goods sold and labor costs with higher prices.

Inflation simply means that a dollar today is worth less than what it used to be. When businesses are scrambling to raise prices, consumers are pressured to make choices. Consumers are more likely to accept price increases for consumer staples, basic utilities, or health-related expenses. They're less likely to accept increased discretionary expenses -- like going to Disney World or buying a new car, for example. FedEx is somewhere in the middle, in that consumers may be willing to accept price increases for its basic services but not for high-margin services built around convenience.

As with other pandemic winners like Zoom Video Communications and Peloton Interactive, FedEx's results are now lapping some of the best quarters in the company's history. But FedEx isn't just facing difficult comps, it's facing trouble in the real economy. Even for investors uninterested in FedEx stock, its management's commentary is worth paying attention to.

Despite the macro pressures, FedEx looks like an excellent value stock to buy now because its fundamental business is stronger than ever and should continue to grow in the coming decades. That being said, investors should be aware that worse-than-expected or drawn-out macro pressures could have a severe effect on FedEx's short-term performance.