Dividend collectors and low-valuation fanatics adore ExxonMobil (NYSE:XOM), a go-to holding of safety-minded investors for generations. Yet today's sustainability-minded investors might not be too impressed with Exxon's track record, given its staggering carbon output over the past decades.Still, perhaps the skeptics ought to give ExxonMobil a second look in 2021. The company's taking notable baby steps to make changes – if not amends.

It's perfectly understandable if modern-day investors – and the general public – distrust ExxonMobil. According to a lawsuit from Minnesota Attorney General Keith Ellison, an internal company document from 1979 acknowledged that "The present trend of fossil fuel consumption will cause dramatic effects before the year 2050." As Ellison's case thoroughly documents, Exxon knew for decades that climate change was real and dangerous, while publicly downplaying the threat.

While we have yet to see an outright apology from Exxon, perhaps actions can speak louder than words. In particular, the company is stepping out into the clean-energy space – even if it's most likely in the interest of its own future financial gains. 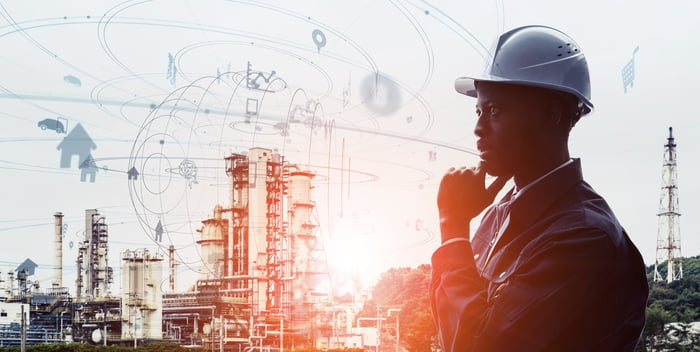 Aligning with the net-zero target

The critics might not like to hear this, but ExxonMobil has made great strides in reducing its carbon footprint -- even before the Biden administration expressed its intention to achieve national net-zero carbon emissions by 2050.

For example, since 2000, ExxonMobil has cut its own methan emissions 15%, and eliminated (or at least, avoided from operations) around 520 million metric tons of greenhouse gas emissions

In this ambitious cleaner-energy project, Imperial is expected to produce approximately 20,000 barrels per day of renewable diesel, which could reduce emissions in the Canadian transportation sector by about 3 million metric tons per year. The project is also expected to create around 600 direct construction jobs – a nice bonus for the local economy.

Of course, the Imperial project still produces pollution; it's more about reduction than elimination at this point, unfortunately. As a suddenly more mindful energy purveyor, ExxonMobil still has to play catch-up, particularly in relation to the company's peers abroad:

ExxonMobil is the U.S.'s biggest energy firm, and other domestic companies are likely to follow its lead. Therefore, Exxon should make the first move and set specific, ambitious targets in reducing its fossil-fuel output above and beyond what the Biden administration is pushing for.

Ambition, if not contrition

ExxonMobil isn't exactly atoning for the sins of the past, but at least the company's putting (some of) its money where its proverbial mouth is.

A new business segment, ExxonMobil Low Carbon Solutions, is designed to commercialize the company's low-carbon technology portfolio. It's part of Exxon's plans to invest $3 billion on "lower emission" -- so, not necessarily emission-free -- energy solutions through 2025.

With Low Carbon Solutions, ExxonMobil is evaluating investment opportunities in carbon capture and storage (CCS), which involves capturing carbon dioxide emissions and either reusing or storing them so they won't enter the atmosphere. These include:

These and/or other projects under consideration would complement ExxonMobil's current carbon capture capacity in the U.S., Australia, and Qatar, which totals about 9 million metric tons per year. For what it's worth, that's the equivalent of planting 150 million trees every year.

Despite the abundance of ESG-friendly buzzwords in ExxonMobil's web copy, it's understandable if investors are skeptical. But one doesn't have to forgive Exxon's past malfeasance to appreciate its transition to a more future-facing emissions policy.

At the very least, we can view ExxonMobil as a decent value, and therefore as an acceptable investment from that perspective. The company's trailing-12-month price-to-sales ratio of 1.10 certainly isn't objectionable, though it doesn't compare favorably to those of more ambitious carbon cappers like Royal Dutch Shell at 0.77, BP at 0.43, or Total at 0.86.

Whether you feel comfortable investing in ExxonMobil stock now is a personal decision as well as a financial one. Either way, Exxon's turnaround -- gradual and imperfect as it may be -- is at least a new, more palatable chapter of its story.