Please ensure Javascript is enabled for purposes of website accessibility
Log In Help Join The Motley Fool
Free Article Join Over 1 Million Premium Members And Get More In-Depth Stock Guidance and Research
By Rachel Warren – Oct 2, 2021 at 11:45AM

The future looks bright with these two supercharged stocks.

If you're looking for new stocks to add to your portfolio that can generate sustained growth and keep generating returns in all kinds of markets, one excellent industry to look at is healthcare. While not all stocks in this sector perform the same in turbulent markets, many do provide products and services that customers need regardless of the economy -- and this can lend resilience to a long-term investor's portfolio.

To that end, today, we're going to take a look at two high-growth companies in the healthcare space. One is a leader in medical robotics while the other helps healthcare companies run their businesses more efficiently. Let's get started. 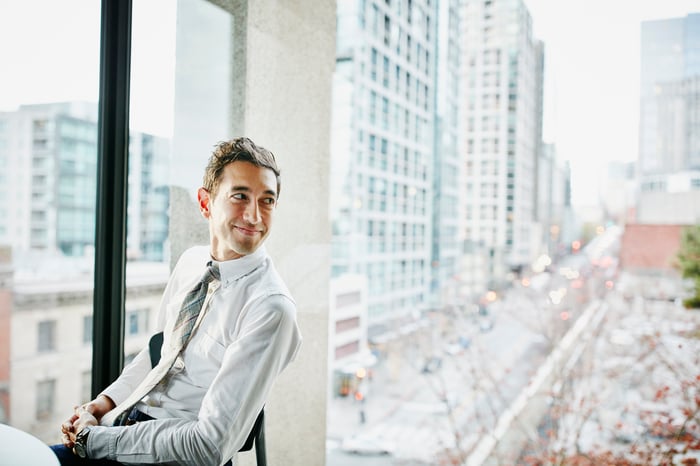 Medical robotics pioneer Intuitive Surgical (ISRG -1.46%) was founded in 1995 and has been a publicly traded entity for more than two decades. Since the IPO, its shares have skyrocketed more than 16,000%. In the past year alone, the stock is up more than 40%. With its shares now trading just shy of $1,000, it's no surprise that the company is planning to undergo a stock split in early October.

The stock has soared for good reason. Intuitive dominates the global surgical robotics market (more than three-quarters of it, in fact), most notably with its da Vinci Surgical System. Its approach has become more and more widely accepted -- and so Intuitive's revenue over the past decade has grown nearly 150% while net income has risen about 114%.

And the company is just getting started. The global surgical robotics industry is expected to grow exponentially in the years ahead as an increasing number of medical providers utilize these tools in minimally invasive procedures due to their efficiency, accuracy, and ability to generate more positive post-surgery outcomes, such as shorter inpatient care.

An investment in Intuitive Surgical could generate sustained returns for many years as it expands its footprint in this multi-billion-dollar industry and as reliance on surgical robotics continues to grow.

Cloud solutions provider Veeva Systems (VEEV -2.27%) may not be a name that immediately comes to mind when thinking about the healthcare sector, but it's a compelling choice for long-term investors to consider. The company helps healthcare companies -- ranging from household-name pharmaceutical giants to smaller life sciences entities -- effectively store their information.

Veeva clients seem to appreciate what they do. The company has a long and respectable history of growth, having increased revenue more than 160% and net income nearly 390% over the past five years.

And the company remains on track. For the first half of its fiscal 2022 (ended Jul. 31), Veeva reported a revenue increase of about 29% from the year-ago period. This was driven by a 28% boost in its subscription services as well as a 33% increase in its professional and other services. Net income increased about 25% during the same time period.

Veeva's stock isn't cheap, trading at around $285 a share and a price-to-sales (P/S) ratio of about 26. But it's also safe to say that these kinds of valuations are something investors have come to expect from stocks in the high-growth SaaS space. Shares of the company have consistently appreciated over the years -- and even at its current premium valuation, Wall Street thinks the stock has upside of as much as 40% over the next 12 months.

Finally, demand for Veeva's products and services isn't likely going anywhere, and its list of customers -- including such big names as Merck, Eli Lilly, and Bayer -- is only growing. Veeva Systems is a stock for the long haul. And if you're not thrilled about its current price, there's no harm in dipping your toe by investing in fractional shares of this stock for now.