Use the next market drop as an opportunity to buy elite companies at a discounted price, and then watch them rebound.

There's really no such thing as a recession-proof company. Different types of recessions can impact different sectors and businesses. However, if you're looking for good stocks to buy when the market inevitably goes south, you want companies that are likely to come through the next downturn looking even stronger.

Recessions generally have a bigger impact on companies that are overvalued. When a downturn hits, people scramble for safe-harbor investments, and that's why I recommend Louisiana-Pacific (LPX -2.12%), Johnson & Johnson (JNJ -0.82%) and Target (TGT -1.25%). They have the type of growth than can weather recessions, yet are not overpriced based on their price-to-earnings (P/E) ratios. Plus, all three reward patient investors with quarterly dividends. 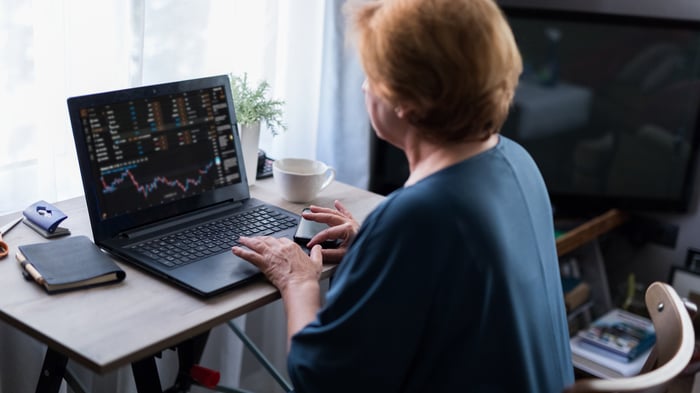 Stick with Louisiana-Pacific for stability and some growth

Louisiana-Pacific is a lumber company that makes various products for building such as OSB board, siding, trim, l-joists and engineered wood. The company has operations in the U.S., Canada, Chile, and Brazil.

Louisiana-Pacific has experienced consistent growth. Over the past three years, the stock's price has risen more than 124% while the company's revenue has climbed 79.78% and earnings per share (over the trailing 12 months) are up 235.9% over that period.

In the second quarter, the company reported record net sales and earnings before interest, taxes, depreciation, and amortization, or EBITDA. Net sales for the quarter were listed at $1.3 billion, up 142% year over year and adjusted EBITDA was $684 billion, up 16.5% over the same period in 2020.

Louisiana-Pacific also spent $465 million in the quarter to repurchase 7.3 million shares of stock, adding value for its investors. The company has increased earnings per share for five consecutive quarters. The housing shortage that has driven up home costs means that homebuilders have a long way to go to catch up with demand, and Louisiana-Pacific should benefit from increased home building.

The key to Johnson & Johnson's strength is its size and diverse income streams. The company's stock is up about 3% for the year and its P/E is 24, lower than the industry average of 27.

The company is a Dividend King that has raised its dividend for 59 consecutive years, including a 5% raise this year to $1.06 per share. As of this writing, that works out to a yield of 2.56%.

The company's highest-earning segment is pharmaceutical, which earned $12.6 billion in revenue in the quarter, up 17.2% over the same period in 2020. On top of that, the company had five approvals between the U.S. and Europe during the period, which would be considered a great year for most pharmaceutical companies.

Target is one of the few retail stores that has figured out how to utilize online sales while retaining in-store business. The company has grown revenue and EPS for four consecutive years. Target's stock is up more than 35% this year, yet its P/E (TTM) and forward P/E ratios hover around 18.

The company became a Dividend King this year when it raised its dividend for the 50th consecutive year, upping its quarterly dividend by 32% to $0.90 a share, which works out to a yield of about 1.23%.

There are a few elements that make Target better structured for surviving an economic downturn. First of all, it actually saw sales rise during the pandemic. Its stores have grocery sections and people tend to eat more at home when they want to save money, or as in the case of the pandemic, when eating out becomes a risk. The company has also done a great job of providing trendy apparel at competitive prices.

The choice is up to you

To me, it makes sense to buy all three of these stocks when their shares dip or if the general market looks to be going through a downturn. Louisiana-Pacific has had the most impressive run over the past three years in spite of the pandemic, and its low valuation makes it the easiest choice for me. Target would be my second choice, because it seems to thrive as other retailers struggle and it also has had strong share price growth. I also like Johnson & Johnson because it has the best dividend of the three, though its share growth is the slowest. The company's size makes it more capable of handling disruptions in the market that are bound to come over time.