Shares of athletic apparel maker Under Armour (NYSE:UA)(NYSE:UAA) dropped 13% in September according to data provided by S&P Global Market Intelligence. There wasn't any significant news about Under Armour in September, and in August the company demonstrated solid growth and raised its full-year guidance. The drop was most likely due to competitor Nike disclosing that it's having supply chain issues that will affect it in the coming months, and investor fears that the same issues will plague Under Armour in the short term. 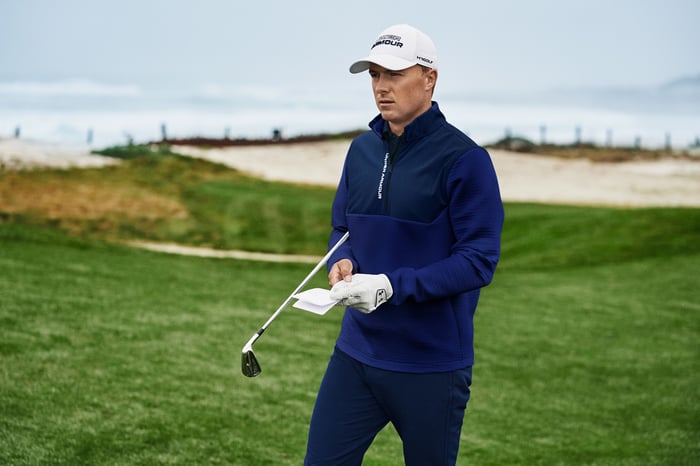 Under Armour has been undergoing challenges for several years. Once a leading contender to challenge Nike for the top spot in activewear, the company began to decline amid a brand that went from premium to mass market and fraud allegations.

Patrik Frisk took over as CEO in early 2020 and began to steer the company back toward growth with a new executive team and business strategy. Those efforts were hampered by COVID-19, but the company has demonstrated progress over the past few quarters, specifically in the recent second quarter. Revenue increased 91% year over year to $1.4 billion, and gross margin widened 20 basis points to 49.5%. Net income of $59 million was an improvement from a $183 million net loss in 2020. Based on that performance, management raised the full-year outlook from a high-teens to a low-twenties revenue increase.

In the second-quarter conference call, CFO David Bergman said that the supply issued negatively affected the company's gross margin by 10 basis points. He also said that third-quarter supply chain problems were already factored into the company's outlook, but that it's "a developing situation."

Even Nike shares fell on its supply chain news, despite its leading status. If the issues do expand, that puts a lot of pressure on Under Armour when it's in the thick of trying to make a consistent rebound, and that probably spooked Under Armour investors who were previously more confident in its turnaround.

Under Armour stock initially soared after its second-quarter earnings release in, but it began to fall through August and into September. The supply chain issues will eventually sort themselves out for all the key players, but in the meantime, when there's already risk associated with Under Armour stock, new investors may want to stay on the sidelines.