If you plan ahead, you won't make a costly mistake when there's a kerfuffle.

Uh oh. One of the biggest companies in your portfolio is on the front page of the newspaper, and it's not because they just smashed analysts' earnings expectations. It's unclear exactly what they did, but people are mad about it, and the stock is threatening to crater -- and you're feeling the initial pang of panic give way to the urge to sell your shares, pronto.

In these situations, I suggest taking a deep breath and canceling your sell order, at least for the moment. Controversy is a fact of your investing life, and it's your responsibility to understand how to react to it. And a lot of the time, things won't be nearly as bad as you might suspect. 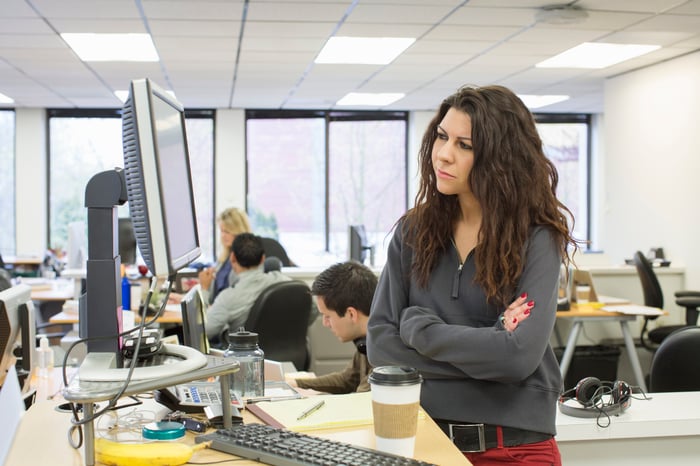 When there's controversy whirling with one of your stocks, your first task is to figure out what's going on and how much it could threaten the company's bottom line. Controversies come in many shapes and sizes, and the details matter.

If a company's CEO draws oblique criticism in the industry press for their unorthodox managerial practices or eccentric workplace decorum, it could affect the stock price. But, it doesn't necessarily negatively impact the company's ability to use its assets to generate profits today or in the future. Furthermore, members of the management team are replaceable, and it's often possible to do so without much interruption to operations.

On the other hand, a firestorm of rage in the mainstream media against a company's blatantly unethical conduct in a core business function could erode a company's brand power and ignite problematic lawsuits, consumer boycotts, or even a formal political inquiry. And all of those things could incur persistent costs or inflict damage to the top and bottom lines, not to mention the stock price.

Take Johnson & Johnson (JNJ 0.21%) as an example. Since the 1990s-era revelation that its line of talc baby powder products were contaminated with asbestos, leading many thousands of women to develop ovarian cancer and mesothelioma, the company has faced tens of thousands of lawsuits and been forced to pay out billions of dollars in damages. It also stopped selling the powder in the U.S. and Canada as of 2020, while setting aside $4 billion for future legal costs.

Quite justifiably, the fallout for Johnson & Johnson shareholders has been severe. Or has it?

Johnson & Johnson had $89.19 billion in trailing revenue and $25.31 billion in cash as of the second quarter of this year, and its profit margin is nearly 20%. One could argue that $4 billion is a drop in the bucket, as is the permanent loss of North American revenue from one of its consumer health products. If you'd sold the stock at the first sign of a problem with its baby powder more than 20 years ago, you'd have completely missed out on the stock's market-crushing returns since then.

The lesson here is that when there is a genuine problem of a significant scale, some companies can shrug off the impact of controversies, even when there's really only one side of the story.

What's the right move when the damage is actually grave?

The picture is entirely different when a company's business isn't as massive or as diversified as Johnson & Johnson's.

The pharma company Biogen (BIIB -0.53%) has been the locus of persistent and intense controversy surrounding its Alzheimer's disease drug, Aduhelm, which was approved by regulators in June. Between criticism of the drug's sky-high price, questions about its efficacy (or lack thereof), and accusations of an overly cozy relationship between the company and drug regulators, Biogen faces the perfect storm. Several major medical centers have resolved not to purchase or administer the drug until there is more evidence supporting its use.

Now, Aduhelm is failing to sell nearly as much as management had predicted, and the company is evaluating layoffs and other cost-cutting measures as a result. Its stock has fallen more than 19% in the last three months, and is on track to underperform the market for the year. 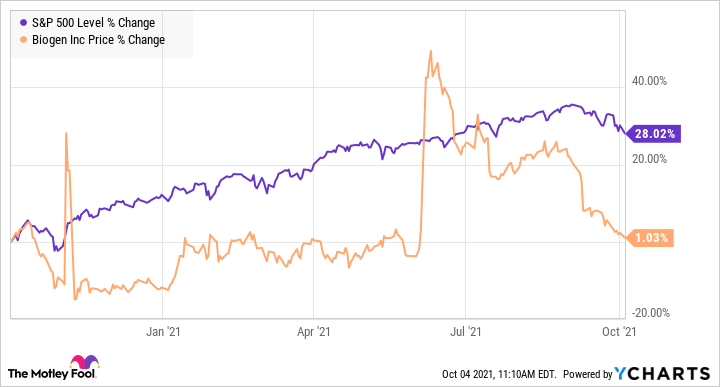 With the real and visible consequences to both its future earnings potential and its share price in mind, I sold my shares of Biogen a couple of months ago. But, I waited until it was clear that those consequences were actually occurring before selling.

So, keep your eyes on the prize, and don't be too quick to sell your shares.

As long as a company's profit margin, competitive advantages, and business model are insulated from the issue, things are likely to continue as they were before. If you can see a hole below the waterline, give the company at least a little bit of leeway to try to solve the problem before jumping ship. And if you do decide to sell, make sure that it's because the company's fundamentals will be suffering for at least the next few years.