IBM sees solid growth ahead as it focuses on software and hybrid cloud computing.

International Business Machines (IBM -0.85%) is closing in on completing the spin-off of its $19 billion managed infrastructure-services business. The spun-off company will be called Kyndryl, and IBM shareholders will receive shares of the new company once the transaction is complete.

The company gave investors a few details last week about what the new IBM will look like post-separation. It provided much more information at its investor briefing event on Monday. Here are five key takeaways for investors. 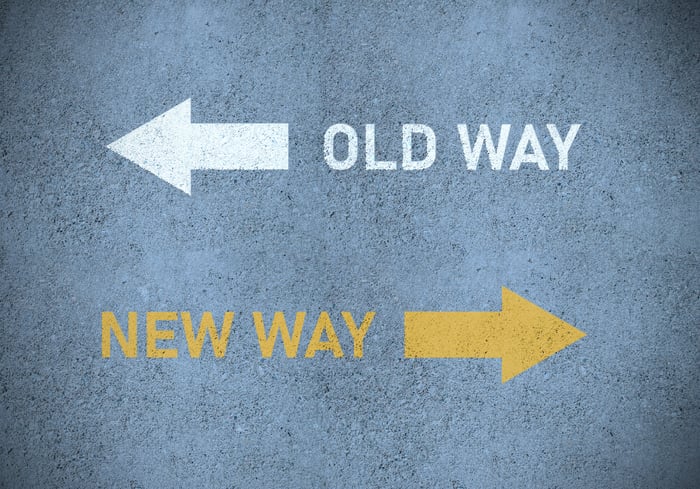 IBM will be changing how it reports its financial results once the spin-off is complete. The company will split its business into three main segments: consulting, software, and infrastructure.

In addition to the three main segments, IBM's financing arm will contribute around $1 billion of annual revenue.

IBM's 2020 annual revenue would have been around $55 billion excluding Kyndryl. The spin-off will remove a big chunk of slower-growing revenue and shift IBM further toward high-value software and cloud solutions.

Once the spin-off is in the books, around 70% of IBM's revenue will come from "higher-growth" sources, which include software and consulting, up from 55% today. More than half of total revenue will be recurring, of which 65% will be from software.

Add it all up, and IBM expects to grow its total revenue by a mid-single-digit percentage annually. That works out to about $3 billion of new revenue each year. The company will get a one-time bump in its growth rate next year due to contributions from sales to Kyndryl, largely in the software segment.

IBM isn't losing much in the way of profits by spinning off Kyndryl. The company reported free cash flow of $10.8 billion for 2020, a number that would drop to approximately $10 billion if Kyndryl's contribution were backed out.

IBM expects its free cash flow to grow even faster than revenue once the spin-off is complete. The company is predicting high-single-digit annual free cash flow growth through 2024, which works out to $750 million of growth each year. Over the next three years, IBM expects to produce a total of $35 billion of free cash flow.

IBM acquired software company Red Hat for $34 billion in 2019. Red Hat's Enterprise Linux operating system is one of the most popular operating systems for servers, and its OpenShift container platform is a market leader.

Red Hat is part of the foundation of IBM's hybrid cloud strategy. The company expects Red Hat to grow revenue by a high-teens percentage annually and drive most of the growth in the software segment. IBM can sell Red Hat software to its existing customers that don't currently use Red Hat, and it can sell Red Hat customers on IBM software and solutions.

5. Dividends are still up in the air

IBM plans to use a significant chunk of its free cash flow to fund growth investments. It hasn't announced how much it will pay in quarterly dividends, but it will likely be less than what it pays now. IBM is a Dividend Aristocrat, having raised its quarterly dividend for at least 25 years in a row. That streak looks certain to end.

What the company has announced is that the combined dividend from IBM and Kyndryl will be at least as much as the dividend IBM is paying now. IBM shareholders will receive shares of Kyndryl as part of the spin-off.

IBM is on track to pay out about $6 billion in dividend payments this year, which represents 60% of its 2020 ex-Kyndryl free cash flow. The spin-off will allow IBM to drop that number a bit and free up cash for growth investments.

Optionality is always a good thing. With more cash flow available for investments, IBM will be better able to go after growth opportunities over the next few years.