A Morgan Stanley analyst sees an open road ahead for the automaker.

While the Dow Jones Industrial Average and the S&P 500 were both rising Thursday, shares of giant Indian automaker Tata Motors (TTM -1.28%) were gaining considerably more ground than the benchmark averages. As of 1:44 p.m. EDT, shares of Tata Motors trading on the NYSE were up by 15.8% to a level they hadn't seen since April 2018. 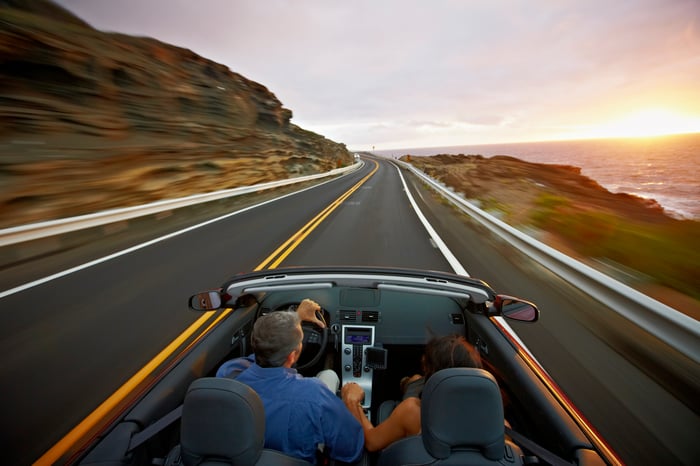 The catalyst behind Tata's surge on Thursday was an auspicious new view on the stock from Morgan Stanley analyst Binay Singh. Upgrading the stock from equal weight to overweight, Singh also raised the bank's price target on it from 298 rupees to 448 rupees. The stock closed the previous trading session on the BSE at 336 rupees. As such, the new price target forecasts upside of 33%.

Investors are likely enthusiastic about Morgan Stanley's update since Tata Motors doesn't often find itself on the radar of Wall Street analysts. It was early summer the last time the stock was the subject of a noteworthy analyst action. In late June, Jeffries initiated coverage on the stock with a buy rating and a price target of 455 rupees, according to TheFly.com.

While it's unsurprising that the stock is rising Thursday in response to Morgan Stanley's bullish assessment, it's essential for investors to recognize that a single analyst's opinion shouldn't be the sole motivating factor in a decision to buy shares. Analysts oftentimes have shorter investing horizons than the multiyear holding periods that we favor. Investors interested in automotive stocks would do better to carefully consider those businesses' fundamentals, rather than relying too much on the optimistic views of analysts.

Why Tata Motors Stock Was Down on Wednesday
371%