Corsair Gaming (CRSR 2.49%) is a global provider of gear and equipment for gamers. From keyboards to mice or even complete custom-built gaming computers, Corsair offers just about anything competitive gamers could possibly need. However, despite producing record financial results as of late, Corsair has seen its stock get almost cut in half from its yearly highs.

Let's take a look at why this drawdown could present a good buying opportunity for long-term investors. 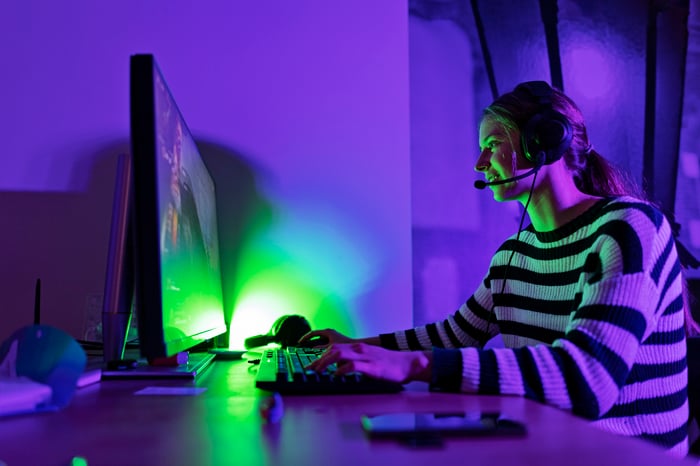 Leading brand in a growing industry

Corsair Gaming has been operating in the video game accessories market for more than 25 years, and the company now touts a leading market position in almost all of its gaming components product categories. In addition, long-time CEO Andy Paul has consistently stayed at the forefront of changing trends in the gaming world by focusing the company's resources on new product development. In fact, in the first half of this year, Corsair announced that it launched 75 new products with plans to accelerate that pace in the coming six months.

But it isn't just Corsair alone that continues to make big strides. The entire industry is growing right along with it. With new games and consoles continually unlocking more immersive gameplay, gamers striving to be competitive need to keep up with the necessary equipment upgrades. And this trend only intensified during the pandemic as millions of people were confined to their homes.

According to research firm NPD Group, total consumer spending on gaming in the U.S. in 2020 increased by 27%, and Corsair was a big beneficiary of that expansion. From 2019 to 2020, Corsair Gaming's total revenue grew 55% to reach $1.7 billion, helping drive a five-fold increase in operating income. However, despite what looked like a one-time surge in demand, sales have shown no signs of reverting across the industry. Last month, in another NPD Group report, year-to-date sales from gaming accessories showed a 12% increase from the year prior -- demonstrating the overall resilience of the gaming industry.

Thanks to a combination of Corsair's successful public offering and positive free cash flow, the company has drastically improved its balance sheet over the last several years. This effort has included shrinking the overall debt load by 36% since the end of 2018, as well as increasing Corsair's cash balance from $28 million to $138 million during that same period.

Additionally, Corsair just announced that it was able to refinance the remainder of its outstanding debt thanks to its improved financial position. According to a company press release, Corsair acquired a new $250 million term loan with a significantly lower interest rate. Management stated that they will use this cash to pay down the remainder of Corsair's old debt, resulting in $10 million in savings on interest expenses between now and the end of 2022.

Aside from just the balance sheet improvements, the company's outlook on profits looks quite impressive as well, despite coming off a record year. For the full year, management expects to generate between $235 million and $255 million in adjusted operating income. At the mid-range of that guidance, it's a 20% improvement from the year prior. 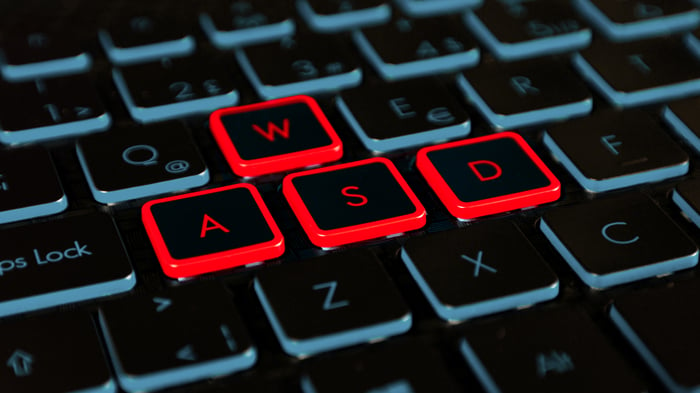 Due partly to the recent global shipping issues, Corsair's stock has had a rough go of it as of late -- down more than 20% over the last six months.

On the company's latest quarterly conference call, Paul highlighted this by stating that "the cost of containers is probably three to four times now what it was two years ago." While these cost increases could certainly have an effect on Corsair's profitability in the short term, any sustained cost pressure can likely be alleviated by the company's pricing power.

Customers have demonstrated their willingness to pay up for Corsair-branded products in the past. In fact, according to the company's S-1, in its "Gaming Components and Systems" product categories, Corsair commands an average price premium of more than 43% versus its peers. As Corsair gains a better understanding of how long these shipping issues will last, it should be able to adjust its prices to maintain its profitability.

With this in mind, the recent drawdown makes Corsair's valuation look quite attractive. The company's current market cap of just over $2.4 billion is roughly ten times its expected adjusted operating income for the year. As Corsair continues to pave the way for its growing industry, this recent stock price turbulence seems to have created a good buying opportunity for long-term investors.