Here are three examples of companies that are generating robust streams of cash that could trickle into your pockets and why you should consider their stocks this month. 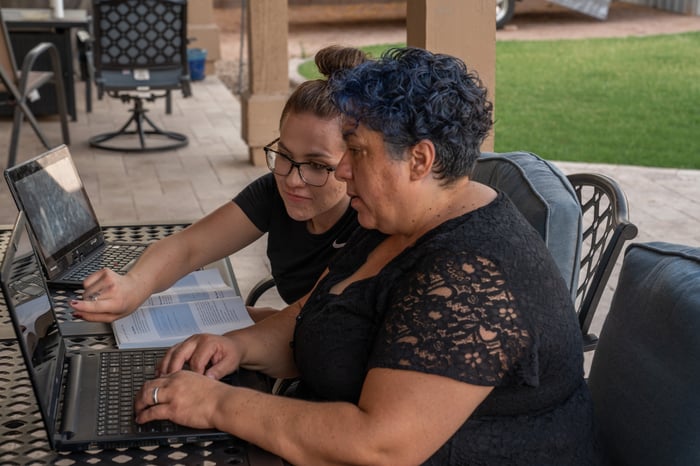 If you go to the store and look at just about any PC for sale, it may have a little Intel (NASDAQ:INTC) sticker, indicating an Intel CPU powers it. Intel manufactures computing processors and related components used in personal devices, as well as data center applications. It operates in a virtual duopoly with Advanced Micro Devices, owning 60% of the global x86 CPU market, the primary architecture of CPUs used today.

Intel has raised its dividend each of the past seven years. Its dividend payout ratio is just 34%, so investors can take comfort in the company's ability to afford its payout easily. In its most recent quarter, fiscal second-quarter 2021, it generated $18.2 billion in revenue, converting $5.7 billion into free cash flow, or 30%. This is a high percentage (a good average is around 10% for dividend-paying stocks), meaning the business produces tons of cash.

Instead of just sitting on its CPU business, Intel's new CEO, Pat Gelsinger, has outlined plans to invest $200 billion over the next decade to build IFS, which stands for Intel Foundry Services. The goal is to establish Intel as a significant producer of semiconductors, putting it on surer competitive grounds against the likes of sector leaders such as Taiwan Semiconductor Manufacturing. Long-term investors will want to monitor the company's developments here, as it's a significant investment of capital that could produce new growth opportunities if successful.

Take a stroll through an office building, and you'll likely see Cisco Systems' (NASDAQ:CSCO) logo on telephones or conference room equipment. Cisco is an information technology conglomerate that makes hardware and software for networking, communications, security, and computing applications; in other words, it's everywhere in this digital world, serving 98% of the Fortune 500.

Cisco has increased its dividend to investors each of the past 11 years, and its dividend payout ratio is 41%, giving the company plenty of financial breathing room. It generated $13.1 billion of revenue in its most recent quarter, fiscal fourth-quarter 2021, ending with $4.3 billion in free cash flow, or 33%. Just like Intel, we want companies that convert a high percentage of their revenue into disposable cash so that it can end up in shareholder pockets!

It's a mature company, but Cisco should have growth opportunities from the increasing focus on digital infrastructure moving forward. There are "cycles" of connectivity, such as 3G, 4G, 5G, etc. Cisco's strong market leadership positions it to benefit both in emerging markets (cheaper existing technology like 4G) and 5G rollouts in developed markets. 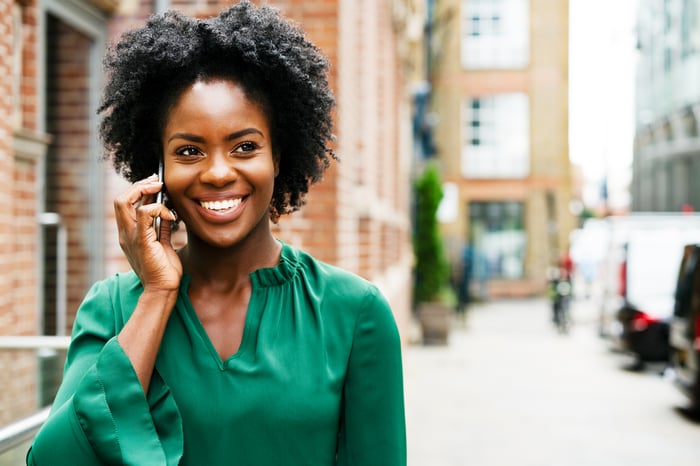 Semiconductors are the building blocks of technology, and Broadcom (NASDAQ:AVGO) makes many semiconductors that power connective devices, from routers and modems to personal devices like smartphones and automobiles. Many giant corporations use its products, like Apple for its iPhone.

Broadcom has the longest dividend growth streak of these three stocks; it's increased its payout for each of the past 12 years. The company did $6.7 billion in revenue in its most recent quarter, fiscal third-quarter 2021, converting 49% of it into free cash flow, totaling $3.3 billion. I'll emphasize again that if you want juicy and growing dividends, look for companies like Broadcom that create tons of extra cash. It's bound to end up in your pocket! The company's dividend payout ratio is 50%, leaving plenty of room for future increases.

Its role in connectivity means that demand could remain strong for its products. The rollout of 5G will take years to reach different industries, and by the time 5G matures, the next generation of technology will be ready, just as we moved from 4G to 5G.

Broadcom is such a pivotal supplier to many big corporations that investors will want to keep an eye on its relationships with certain customers that could try to displace Broadcom. Amazon has been trying to build its networking chip to reduce its dependence on Broadcom. While not many companies can invest the time and resources to replace Broadcom, it's something investors may want to keep an eye on.