BitTorrent is a crazy token, but it has a lot of potential to rally.

BitTorrent (BTT) is an unheralded token that deserves a lot more attention, and not just because of its stellar returns. Its namesake is the world's most popular peer-to-peer file-sharing network, which now has a cryptocurrency of its own. And it has blown past Bitcoin's (BTC 0.33%) 350% return in the past 12 months with a gain of 1,200% during the same period.

The outperformance is stunning because the BitTorrent network is much more controversial than the Bitcoin network. So what's causing investors to purchase BTT left and right? 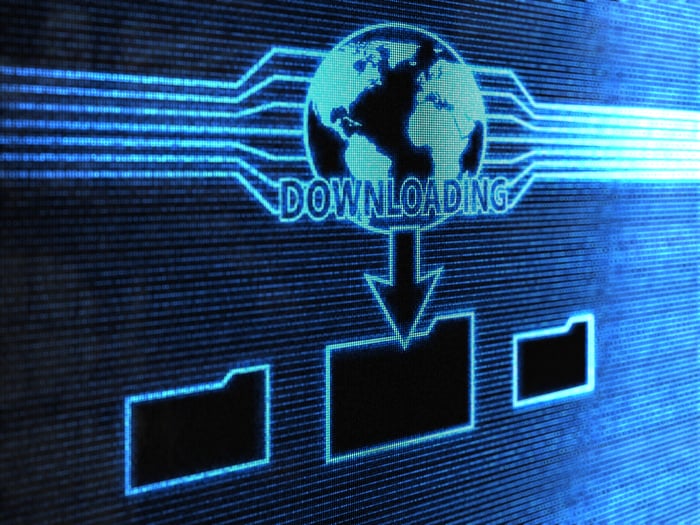 One heck of a software

Through the BitTorrent protocol, users can upload and download digital content such as videos, images, movies, TV shows, and the like at will anywhere in the world. It was created in 2001 and was acquired in 2018 by the  foundation that owns the decentralized web blockchain Tron. Since its inception, BitTorrent was populated by (and still mostly contains) copyrighted content, and has faced scrutiny from regulators around the world. Back in 2011, there were more than 200,000 copyright infringement lawsuits filed against BitTorrent users in the U.S. alone.

But that number has plunged over time. It's not because users stopped downloading content, but because companies found it was next to impossible to win in court. No central servers host BitTorrent software; anyone with a computer or laptop can connect to the protocol and upload or download content. So it isn't easy to prove individuals are downloading protected content without conducting intrusive searches that risk violating their legal privacy rights.

The cumulative number of BitTorrent users has surpassed 2 billion globally, making it the No. 1 decentralized application in the world. On a side note, it also goes to show why it's next to impossible for regulators to shut down other peer-to-peer protocols like Bitcoin.

Even mainstream companies and crypto developers are backing BitTorrent. Notable supporters of the BitTorrent platform include video gaming company Activision Blizzard, and Ethereum co-founders Vitalik Buterin and Charles Hoskinson, who went on to start Cardano.

An even wilder token

The developers at BTT and Tron came up with a pretty clever way to monetize its vast pirate armada (or user base). Just for perspective, Bitcoin, the largest cryptocurrency by market cap in the world, has about 76 million wallet users. Meanwhile, that number stands at more than 200 million for BTT.

The adoption figures are huge because users must spend BTT (which goes back to the developers) to increase download speeds. Without spending any money, download speeds are 50% slower. This is also a big step forward over traditional software-as-a-service companies. Not only does BitTorrent collect revenue when users spend BTT, but investors can count on their BTT appreciating over time as more users purchase the token so they can buy faster downloads. The growth has been nothing short of groundbreaking. Back in 2019, BitTorrent only had about 170 million users or so.

BTT is a token with a lot of potential, and its market cap is still pretty low at $2.4 billion. But keep in mind that while there's nothing illegal about owning BTT, the business that backs it is highly controversial and might still run into regulatory obstacles . So it's not an investment for the faint of heart or those with more-conservative views on intellectual property laws.