The company has turned into a bit of a loan shark.

A lack of cash flow is a big problem in the cannabis sector. Even though some marijuana producers might be generating strong sales numbers, many of them are unprofitable and are burning through cash. For investors, that's problematic because it often means share offerings, dilution, and a falling stock price.

Canada-based cannabis company Sundial Growers (SNDL 8.68%) is loaning out money to a marijuana producer at a high-interest rate that could generate millions in additional income for its business over the next few years. It could prove to be a great move for the company -- but is this meme stock still too risky to invest in right now? 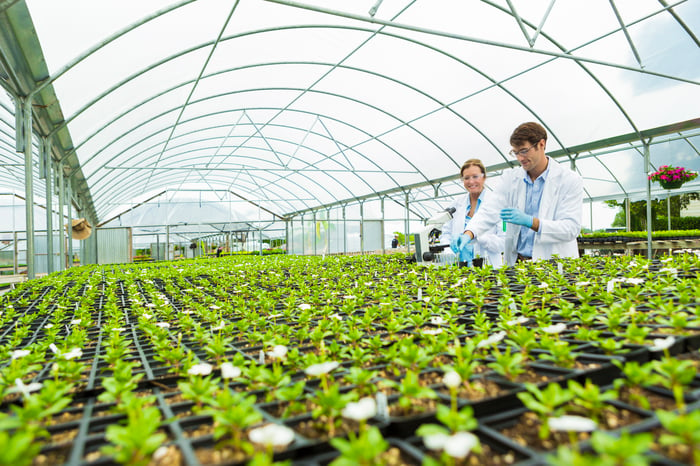 In February, Sundial invested 22 million Canadian dollars in cannabis edible producer Indiva. Half of that amount was an equity investment, while the other half was through a term loan, in which Indiva would pay an interest rate of 9%.

This month, Indiva announced an amendment to that deal. Sundial has provided an additional CA$8.5 million to the company, and now the total principal balance (which includes deferred interest charges) that it owes is CA$19.75 million.

A few things stand out in comparison to the original deal. The first is that now, the interest rate is 15% -- significantly higher than the previous 9% Sundial would have been collecting.

Another interesting change is that previously, Indiva had the option to pay only half of the monthly interest (the other half could be payable in arrears -- hence the deferred interest charges on the principal balance). Under the new agreement, that option does not exist, and "100% of accrued interest is payable in cash and accrued on a monthly basis."

Lots of additional cash flow, but this isn't risk-free money

What this translates into is a monthly interest income of approximately CA$246,899 (US$197,519). Over the term of the loan (which matures in February 2024), Sundial will have received 1.375 times its principal amount -- which amounts to CA$7.4 million ($5.9 million) in additional income. That's a nice boost for a business that, over the trailing 12 months, has burned through CA$137 million. While it won't be enough on its own to offset the negative cash flow, it's a solid way for Sundial to strengthen its financials.

The danger, of course, is that this depends on the strength of Indiva's business. If the company struggles and can't make these payments (it hasn't turned a profit or generated positive cash flow from its operations in the past 12 months), then some (or all) of this interest income could end up being written off as uncollectible. To me, it looks like the equivalent of a junk bond -- a high-yield interest payment that comes with significant risk. After all, if Indiva's financials were on solid footing, it's hard to imagine it couldn't have found a way to raise money at a much lower interest rate.

However, I still commend Sundial for looking at options to make the most of its money and diversify its operations and cash flow.

Does this make Sundial a better buy?

This move, in essence, is still a fairly small one for Sundial. As of Aug. 9, the company had an unrestricted cash balance of CA$760 million, and these additional interest payments, on their own, aren't going to be a game-changer for the company.

But what I will be watching for is whether Sundial makes similar moves in the future. This year, the company created a joint venture with private equity firm SAF Group called SunStream that seeks out investment opportunities in the marijuana industry. As of July, Sundial had contributed CA$538 million to the venture.

The company has also been making some big moves of late, acquiring retail cannabis company Inner Spirit Holdings and Alcanna, which operates 171 liquor stores in Canada (this deal was just announced last week and isn't expected to close until later this year or early 2021).

With so many changes happening at Sundial this year and the ongoing dilution risk here, the safest bet for investors is just to take a wait-and-see approach for now.