Seasoned investors know that occasional market downturns are inevitable -- and also that there's a big, fat upside to them: Great stocks on sale. Ideally, you might keep some of your portfolio in cash, waiting for such opportunities to arise -- but not too much in cash, as you might have to wait a year or two, and you don't want to miss out on other growth opportunities. The right sum will be different for everyone, but consider keeping no more than, say, 5% of your portfolio in cash. (Your emergency fund, of course, is another matter -- do keep several months of living expenses available at all times, perhaps in a savings account.)

Here are three stocks to consider for your portfolio, should a meaningful market pullback occur. Each is arguably richly valued as I write this, so a pullback would present more attractive entry points. 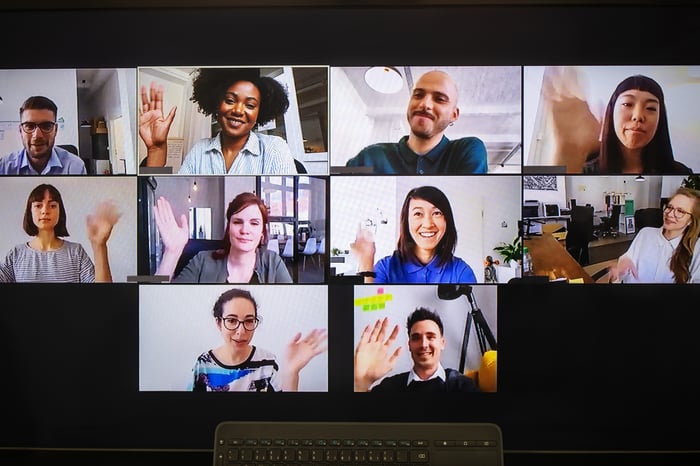 Zoom Video Communications (NASDAQ:ZM) has seen its shares surge from around $135 on April 1, 2020 to $478 on Nov. 1, 2020 -- a whopping 254% gain in only seven months. Since then, though, it's been downhill, with the stock recently trading near $264 per share, down nearly 45%. Thus, many people see it as attractively valued now, while others point out that it still commands a market value near $79 billion and a price-to-earnings (P/E) ratio of 80, making it still appear richly valued.

A common concern, of course, is how Zoom will fare when the pandemic is fully in the past, and more people are working in offices and not from home. There's ample reason to believe that Zoom will do just fine and keep growing: It has kept innovating, improving its flagship video conference product while adding more products and services.

For example, there's the Zoom Phone infrastructure for businesses which, after less than three years, is operating in more than 40 countries and has sold more than two million "seats." It's also adding a cloud-based business contact center service via its acquisition of Five9.

NextEra Energy (NYSE:NEE) is an impressive energy company, with much focus on renewable energy. It may not be a fast-growing company, but it can make up for that with steadiness and a solid dividend. The stock has roughly doubled in value over the past three years, and it has actually been profitable for investors in 19 of the past 20 years.

NextEra notes that it's the "world's largest generator of renewable energy from the wind and sun and a world leader in battery storage." The company is aiming to be the "largest, most profitable clean energy provider in the world." Other goals also warm the hearts of investors who want to do right by the environment: "Aim to be the most reliable and best operating utility in the country," "Rapidly grow clean energy," and "Grow the world's leading wind, solar and storage portfolio." When it comes to ESG (Environmental, Social and Governance) investing, S&P Global has rated NextEra with a score of 86 out of 100, which qualifies as "best in class."

NextEra's dividend recently yielded nearly 2%, and it has been increased at an annual average rate of 12% over the past five years. (Since 2005, it's grown nearly 10% annually, on average.) Being able to buy into the company at a lower price due to a market downturn means that its dividend yield will be higher at purchase -- since yields rise when stock prices fall.

Recently, NextEra's stock was trading at a price-to-sales ratio of 9.5 and a P/E of 51, well above the respective five-year averages of 5.8 and 27 for those figures. A market downturn would bring the figures closer to those averages. 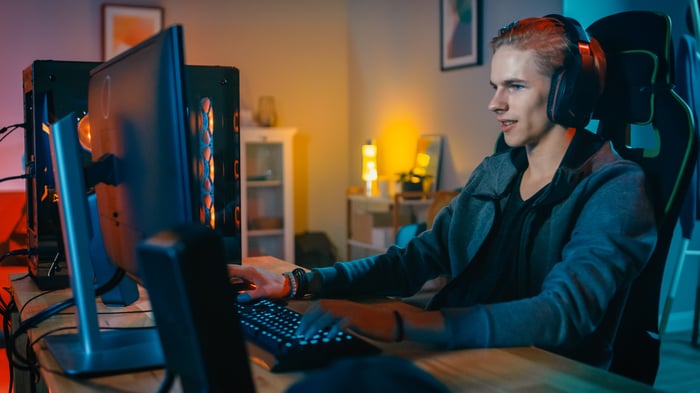 Nvidia (NASDAQ:NVDA) is a massive American semiconductor chipmaker, recently with a market value near $545 billion. The stock is up more than fourfold in just the past two years, making many investors feel it's just too richly valued at the moment. Indeed, its price-to-sales ratio was recently 25, well above its five-year average of 15, and its P/E ratio of 78 towered over the five-year average of 55.

The company has been booming in part due to the proliferation of video gaming and data centers and their growing demand for its technology, but it's not stopping there. The company notes that its "pioneering work in accelerated computing and AI is reshaping trillion-dollar industries, such as transportation, healthcare and manufacturing, and fueling the growth of many others."

Nvidia's recent acquisition of Mellanox will help it get into networking hardware, and it's expanding into software, too, which tends to sport much higher profit margins than hardware, as that requires costly manufacturing facilities.

It's not hard to imagine Nvidia becoming a trillion-dollar stock, but it's not likely to get there in a straight line, especially after having its stock soar so much recently. A market downturn may have it retreating for a while, but its long-term prospects appear quite promising.

I'm not yet invested in these companies, but I'd certainly like to be, and I'll be looking closely at them whenever the market retreats. Maybe you will, too.