Investors are hyperventilating after a delay for its inhaled medicine.

Shares of MannKind (MNKD -2.86%), a company working to develop inhaled therapeutics, were down 18% as of 11:59 a.m. EDT on Monday after an inspection issue derailed its hopes of approval for Tyvaso DPI, a lung disease therapy it developed with United Therapeutics (UTHR -1.13%). 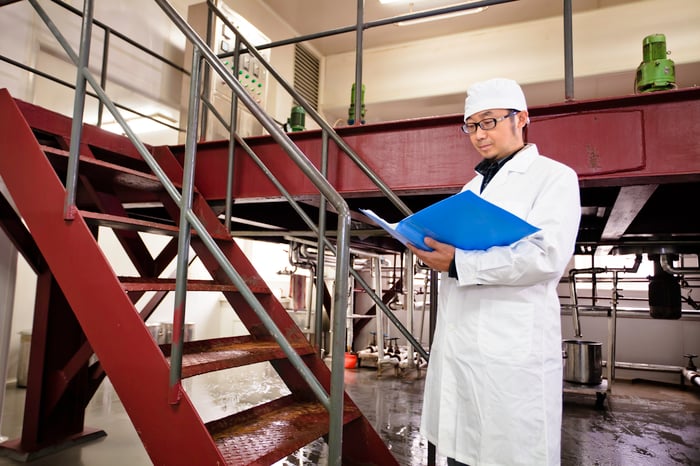 Tyvaso DPI is a potential treatment for pulmonary arterial hypertension (PAH), a condition where high blood pressure constricts or blocks blood vessels in the lungs. It's a rare disease with an occurrence rate that Johnson & Johnson estimates between 50 and 100 people per million. According to United Therapeutics' Securities and Exchange Commission filings, it owns two patents for treating PAH through inhalation that expire in 2024. That makes the delay especially impactful.

Despite the drop in shares, it isn't all bad news. The Food and Drug Administration's complete response letter didn't cite issues with MannKind's operations or even the clinical data submitted by the two companies. Instead, it was the inspection at a third-party facility that proved to be the fly in the ointment.

Prior to today's fall, MannKind stock had been up 12% in October. The stock now trades at levels from mid-August -- not that long ago. Perhaps that's because there is still a clear path to approval.

Management has expressed confidence that the issue raised by the FDA can be resolved quickly. The partners say approval of the drug candidate should still come by next summer. To that end, MannKind CEO Michael Castagna said it is stockpiling inventory in anticipation of the eventual green light.

For investors with a long-term horizon, today's drop should be seen as a temporary setback; the effectiveness of the treatment is not in question. That said, time is money. Waiting until next summer for approval is clearly something many shareholders were not anticipating.