Due to its success in consolidating and monetizing the burgeoning streaming industry, Roku (NASDAQ:ROKU) has emerged as one of the fastest-growth tech companies on the market. Despite a substantial pullback earlier this year, the stock has risen more than 1,300% over the previous five years.

However, with fewer people staying at home in 2021, Roku's growth rate is heading into a slowdown. Moreover, it has not emerged as an industry leader outside of North America. Now, the question for investors is whether these factors mean that it is too late to buy this communication stock. 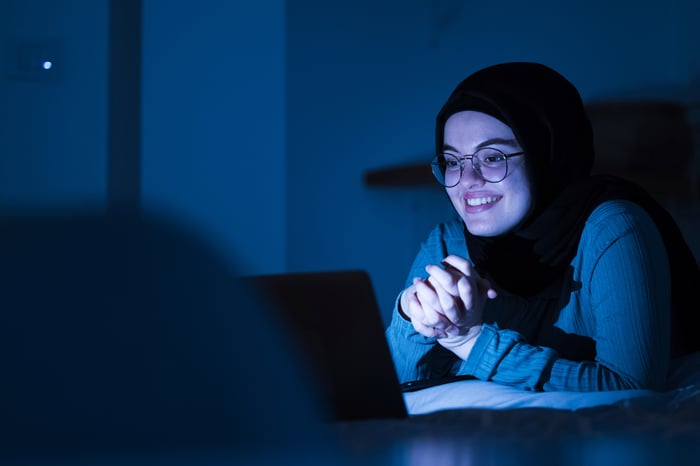 Roku has struggled this year

With the pandemic forcing people inside in 2020, COVID-19 front-loaded much of Roku's growth. Consequently, it may experience only modest increases in 2021 as many offline activities resume.

Additionally, streaming clients such as Netflix and Walt Disney have already built a considerable streaming presence outside of the U.S. This places pressure on Roku to dramatically expand its market footprint abroad as quickly as possible.

However, outside of North America, where it holds a 37% market share, according to Conviva, its market share has failed to break into double-digits. Competition from peers such as Alphabet, LG, and Samsung has challenged the company across Europe and the developing world.

Although that slowdown did not appear in either the first- or second-quarter results, Roku has pointed to a change in direction coming for the third quarter. Its revenue forecast of between $675 million and $685 million will represent only a 5% year-over-year increase at the midpoint. This stands in stark contrast from the first half of 2021 when revenue of more than $1.2 billion represented an increase of 80% compared with the first six months of 2020.

Moreover, net income, which it expects will come in between a $3 million loss and $7 million in net earnings, would mean a significant decline from the $12 million profit in the year-ago quarter.

In anticipation of this slowdown, investors have stopped bidding the stock higher. Although Roku increased by 45% over the last 12 months, all its net gains occurred in 2020. Also, while its P/S ratio of just over 20 remains higher than pre-pandemic highs, it recently bounced from its lowest point in almost one year. 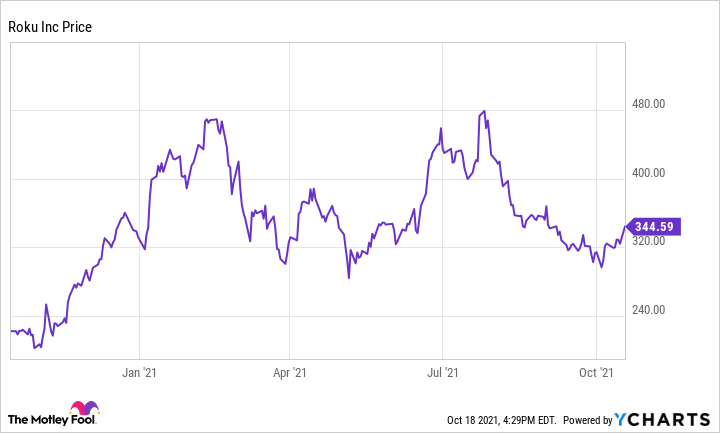 Why those challenges may not last

Despite these challenges, the outlook may not be as bleak as it appears. For one, its aforementioned 37% market share in North America translates into a 30% share worldwide, according to Conviva. This indicates that the market has only begun to take off in other parts of the world.

Also, in the U.K., it recently enhanced its product market. Additionally, it will soon make its players available in Germany, and it continues to expand its offerings in Brazil. Both Europe and South America experienced triple-digit streaming viewing growth in 2020.

Secondly, Roku could find considerable opportunity in the smart TV market, a market where its operating system was the best seller in 2020. Smart TVs can integrate Wi-Fi and run apps like a smartphone. Since many of these have Roku's operating system built into the product, it gives the company a competitive advantage. According to the NPD Weekly Tracking Service, Roku accounted for 38% of those sales in the U.S.

Moreover, market research firm Grand View Research reported that consumers bought 269 million smart TVs in 2020. Also, Grand View forecasts a compound annual growth rate in that market of 21% through 2028, which would take the market size to an estimated $224 billion by that year and help make Roku a supercharged growth stock.

Finally, Roku holds opportunities for further increases in average revenue per user (ARPU). In the second quarter of 2021, ARPU grew 46% from year-ago levels to $36.46. This occurred because Roku's competitive advantages from its ecosystem and ad platform give it better access to the direct-to-consumer market.

Part of this growth comes from supplementary revenue streams such as the Roku Channel and Roku Pay. These avenues give advertisers platforms where they can reach consumers. Also, the rising use of Roku increases the numbers of people seeing these ads, allowing ARPU to rise. In Q2 active accounts surged 28% year over year to just over 55 million.

It appears that the opportunities outweigh the challenges for Roku. As the world transitions to streaming, Roku has emerged as a leading platform for monetizing this move. Though the upcoming slowdown may concern investors, the front-loaded growth in 2020 should not affect its growth trajectory long-term.

Also, while upcoming struggles in international markets could present challenges, its position in the smart TV market and the potential for further ARPU growth should hold Roku in good stead. This stock is still a solid buy.