Two of the best dividend stocks in Canada's oil patch are Enbridge (NYSE:ENB) and Canadian Natural Resources (NYSE:CNQ). Here's a closer look at which is better for income-focused investors to consider buying. 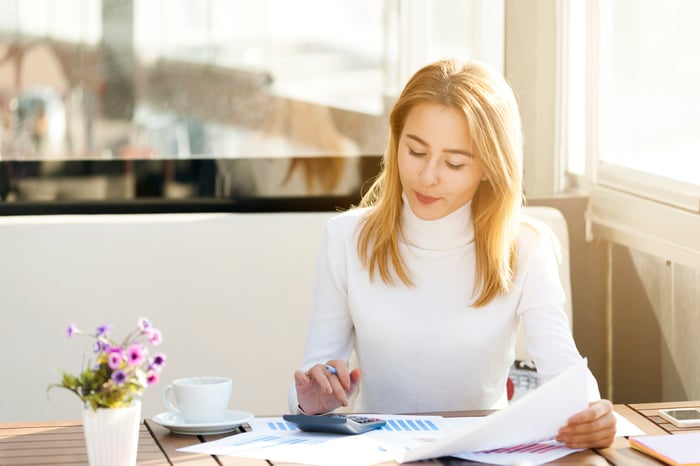 They also have a long history of steadily increasing their payouts. Enbridge has given its investors a raise in each of the last 26 years. The Canadian oil pipeline giant has increased it at a roughly 10% compound annual rate during that timeframe. Meanwhile, Canadian Natural Resources is only five years behind at 21 consecutive years of dividend increases. The Canadian oil and gas producer had delivered roughly 20% compound annual dividend growth during the last two decades, well above its global peers.

Both companies have the financial flexibility to support their current high-yield dividends. They generate lots of free cash flow, giving them the funds to cover their sizable dividends with room to spare. Enbridge produces very stable cash flow as 98% of its earnings come from long-term, fixed-rate contracts or government-regulated rates. The company targets paying 60% to 70% of its cash flow via dividends, retaining the rest to invest in expansion projects. Meanwhile, Canadian Natural can generate enough cash to cover its dividend and the capital needed to maintain its current production rate on oil prices below $40 a barrel.

On top of that, both have solid investment-grade balance sheets. That gives them the financial flexibility to expand by completing additional capital projects or making acquisitions.

Enbridge and Canadian Natural Resources currently focus on fossil fuels, which is a concern given the accelerating global shift toward cleaner alternatives. Both companies will need to find ways to keep expanding to continue growing their dividends.

Enbridge's transition is already well underway. The company currently gets about 46% of its earnings from cleaner energy sources, including natural gas pipelines (29%), natural gas utilities (14%), and renewable power (3%). The company has increasingly focused on investing in lower carbon opportunities, including renewable natural gas, hydrogen, and carbon capture and storage. It's also becoming a major player in the European offshore wind market. These factors lead the company to believe it can grow its cash flow per share at a 5% to 7% annual rate through at least 2023, with several catalysts on tap to support continued growth in future years. Enbridge should have plenty of fuel to keep growing its high-yielding dividend.

There are a bit more questions about the long-term dividend sustainability of Canadian Natural Resources. The company has taken several steps to reduce its greenhouse gas emissions over the years. It's one of the largest owners of carbon capture and storage capacity in the world. Its Quest facility has now stored 5 million tonnes of carbon dioxide underground. On top of that, it has planted 2.5 million carbon-absorbing trees at its oil sands facilities. Now its emissions are 35% lower than those of its peers.

The company's goal is to produce net-zero oil by 2050. It aims to achieve that bold goal by investing in technologies that reduce its emissions, including additional carbon capture and storage projects. However, the big question is if the global economy will accept net-zero oil as a fuel source or if other cleaner alternatives will win out. This uncertainty surrounding future oil demand is a potential dividend growth headwind.

Enbridge and Canadian Natural Resources both have excellent dividend track records, each growing their payouts by a more than 10% compound annual rate for the past two decades. However, looking forward, Canadian Natural faces more headwinds to dividend growth given its focus on producing oil, whereas Enbridge is slowly shifting to cleaner energy sources. Add in Enbridge's higher yield, and it stands out as the better dividend stock for income investors to consider.