Less waste, increased yield, better performance. This is the mantra of biologic manufacturer Codexis (NASDAQ:CDXS), which produces optimized enzymes to enhance the yield of current chemistry methods by traditional pharmaceutical companies. By providing a more sustainable and efficient alternative to today's practices, this enzyme manufacturing biotech has seen its share price appreciate over 500% in the last five years. 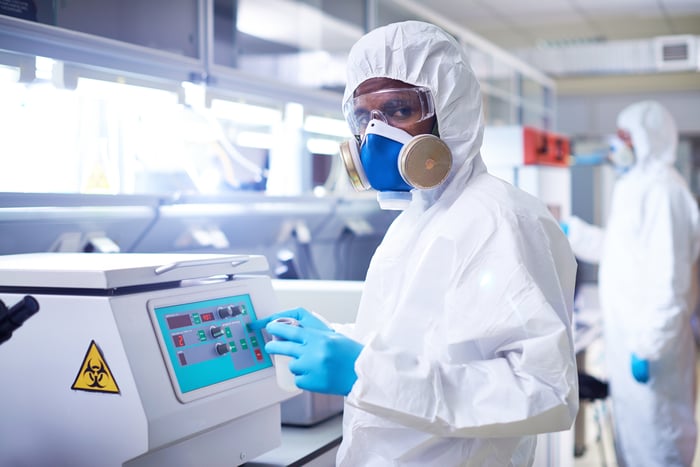 A true turn around story

From 2006 to 2012, the company was focused on advancing biofuels with its enzymes. It was so focused on this effort that 51% of its revenue in 2012 was derived from a research and development collaboration with Royal Dutch Shell. When the agreement was terminated in August 2012, Codexis saw its full-year revenue melt from $88.3 million in 2012 to $31.9 million in 2013.

Things were obviously suboptimal shortly thereafter for the enzyme manufacturer, which saw its share price dive under $2 to close out 2013 -- down from its high of $14 at its 2010 IPO. After the Shell deal fell apart, the company had to pivot abruptly. Since refocusing its platform on the pharmaceutical market, Codexis struck gold and has not looked back. Shares are up over 13 times in the last seven years, with the biologic manufacturer having steadily grown revenue for seven consecutive years.

The $1.8 billion biotech has bounced back after having to rebuild its business model, and is now projecting 42% to 49% full-year revenue growth. This is on top of recently increasing guidance to $98 million to $103 million from a prior range of $89 million to $92 million.

Estimating a $10 billion plus pharmaceutical enzyme market, there is still plenty of runway for Codexis. Its full-year gross margin is healthy and increasing with full-year 2021 projections at 65% to 68%, much better than gross margin of 55% in 2020 and 47% in 2019. After hitting rock bottom in 2013, the biologic manufacturer looks to be sprinting in the opposite direction.

Codexis' enzymes are currently used to produce 17 commercial products, which includes sales of biocatalysts to Merck for the manufacturing of Januvia and to Tate & Lyle for its Stevia products. This is up from 11 enzymes just two years ago. Its products are currently used to assemble 22 drugs in phase 2 or phase 3 of development (up from 19 last year), and are aiding in the manufacturing of over 50 drugs in earlier stages of development.

At least a few of these potential products should make it to market, resulting in Codexis reaping even more rewards when drugs hit pharmacies. And given its deepening roots within pharmaceutical manufacturing, it's no wonder Codexis has growing credibility with its pharma partners. In fact, 21 of the 25 largest pharmaceutical companies in the world are using the company's enzymes for more efficient manufacturing.

Codexis is racking up bigger and better wins. In 2016, the company had one program with $10 million peak revenue potential; today it has six. In June 2021, there were 16 Codexis programs that the company believed could be commercialized in under three years, compared to just five in 2016. The victories are becoming more frequent and larger in size, and with a net loss of just $4.3 million last quarter compared with a net loss of $6.3 million in the Q2 2020, profitability should be right around the corner.

With decreasing losses, increased usage of its enzymes for developmental stage and commercial products, $130 million in cash, plus greater than 40% revenue growth in a $10 billion or more of addressable market, Codexis has my attention. And with a seasoned management team that has brought this company back from the brink, other biotech investors may want to add Codexis to their watch list.