Squid Game has become a hit sensation worldwide, and its success has led it to become Netflix's (NASDAQ:NFLX) most viewed show ever. But Netflix is not the only company benefiting from the popularity of the Korean language series about contestants participating in an unusual series of games. 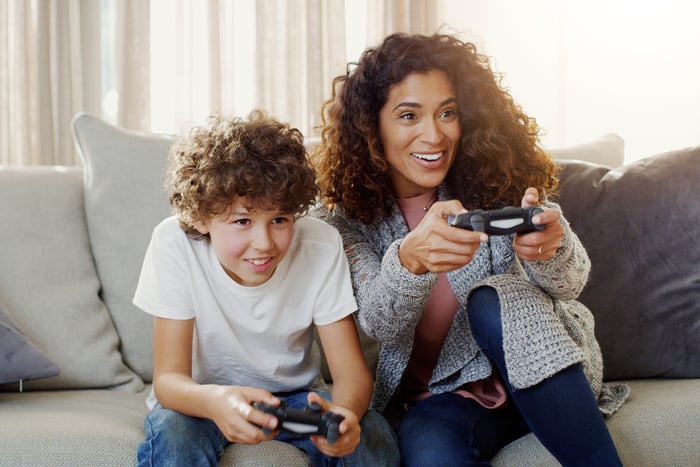 Roblox is trading at a price to free cash flow of 68. Image source: Getty Images.

In its fiscal third-quarter earnings release, Netflix informed investors that Squid Game was the most popular show ever on its site. In its first four weeks, 142 million member households watched the series, and the show has become a phenomenon, inspiring skits on Saturday Night Live and numerous online memes.

Roblox is a metaverse platform where users can engage with each other and the virtual environment. It's the ideal playground to join in games that resemble those in the show. One game on Roblox, "red light, green light," is estimated to have had 27.6 million visitors. That's a hefty sum for a company with 48.2 million daily active users as of the end of August.

The popularity of Squid Game knock-offs on Roblox could help alleviate investor concern that the company would experience a decline in engagement as economies reopen. Roblox has seen a surge of new sign-ups since the second quarter of fiscal 2020; right around the pandemic's onset, daily active users increased from 23.6 million in Q1 2020 to 48.2 million in its most recent update.

Games inspired by the hit series may help Roblox with another dilemma -- the company attracts a very young demographic around 13 years of age. Indeed, over 50% of daily active users on Roblox are under 13.

Squid Game is rated TV-MA, which makes it suitable only for those over the age of 17. That could mean some people joining Roblox to enjoy experiences drawn from the popular show could be older than its average user. Expanding interest in its platform among older demographics can unlock a larger addressable market for Roblox.

Roblox is free to join, and most experiences on its platform are free to users. The company makes money by selling an in-game currency called Robux that players can use to buy exclusive items and join restricted experiences. It remains to be seen if the popularity of these new Squid Game-inspired experiences will convert into added purchases of Robux and subsequently revenue and profits. It certainly cannot hurt because Roblox only pays outside developers if Robux is used on their games and attractions.