They pay more than double what the average S&P 500 stock yields.

If you're investing in a dividend stock, it's important to balance yield with risk. While you don't want to be too aggressive by looking for 10% dividend yields, you don't want to settle for nominal payouts either. The average stock on the S&P 500 yields less than 1.3% right now, which isn't much.

But it's possible to find a better payout. Two stocks that pay at least 3% and are fairly safe buys over the long haul are Gilead Sciences (GILD 3.82%) and Campbell Soup (CPB 0.99%). Let's take a closer look: 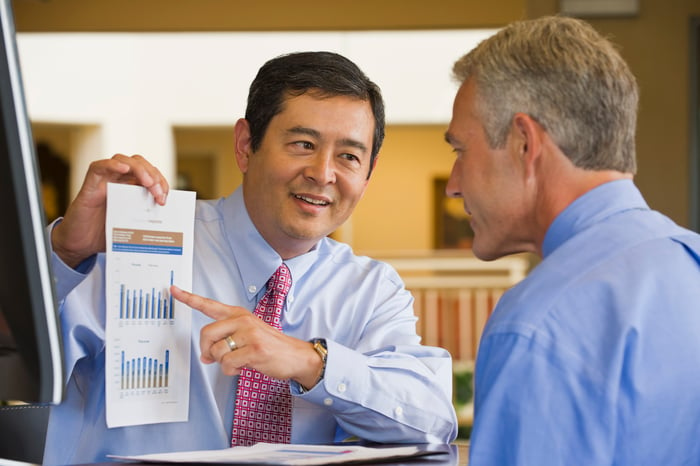 Biopharmaceutical company Gilead Sciences pays investors a yield of 4.3%. It's a top payout for a stock that isn't all that much of a risk. In each of the past five years, the company has generated at least $7.5 billion in free cash flow -- more than double the amount it has paid out in dividends. And with its COVID-19 treatment remdesivir boosting its sales by more than the $2 billion during the first two quarters of this year, that has helped the company bring in even more cash flow: close to $12 billion over the past 12 months.

Although sales from HIV products (its main source of revenue) have been down 7% thus far in 2021 due to an increase in competition from generics, Gilead's revenue is still relatively stable even when excluding remdesivir (which may not be a source of long-term revenue for the business). At $10.2 billion for the first six months of this year, the company's top line would be down just 3% year over year without the COVID-19 product. That's because other segments, including cell therapy and hepatitis, have been able to make up for some of that shortfall.

Looking ahead, the company also has more than a dozen other programs in its pipeline that are in phase 2 trials or later and can potentially be drivers of longer-term growth for its business. And investors shouldn't entirely discount the potential for remdesivir. While more than 50% of the U.S. population has been fully vaccinated, that's not the case in many parts of the world. So that could make it an effective treatment option in those places.

One stumbling block is the World Health Organization's recommendation last year that physicians not use remdesivir due to a lack of evidence that it improved outcomes. But in September, Gilead released the results of a study which showed that when taken early on (before hospitalization), the treatment "significantly reduced the risk of hospitalization in high-risk patients." Currently, it is only approved for use in hospitalized patients.

These latest findings suggest there still may be hope for the drug -- and at least in the near term, it could continue to bolster the company's financials. Gilead says it plans to share the data from the study with regulatory agencies, which it hopes could lead to broader approval for the drug.

But even without remdesivir, the business remains stable and still looks like a solid income investment to hold in your portfolio for years.

Packaged foods company Campbell Soup is coming off a tough fourth quarter where net sales of $1.9 billion for the period ending Aug. 1 were down 11% year over year.

However, at $8.5 billion in sales for the full fiscal year, it was still a relatively strong performance with the company's top line down just 2% from the previous fiscal year when consumers were stocking up on essentials during the early stages of the pandemic. In fiscal 2019, which would have been a more typical year for the company, Campbell's generated just $8.1 billion.

For the new fiscal year, Campbell's expects its net sales to stay flat or decline by no more than 2%. It also forecasts that its adjusted per-share profit of $2.98, which is double the $1.48 it pays out in dividends per share, will fall to between 4% and 8%. That is not enough of a decline to put the payout in any danger.

And now, to bolster sales amid the easing pandemic, the company has announced several new product initiatives, including the launch of more plant-based products. "Our new items focus on new occasions and relevant wellness trends," CEO Mark Clouse told investors on a recent conference call.

Campbell's quarterly dividend of $0.37 yields 3.6% and can be another solid source of recurring income for investors. With minimal risk in its business and many household food products in its portfolio, Campbell's makes for a safe buy-and-forget dividend stock to own.