Please ensure Javascript is enabled for purposes of website accessibility
Log In Help Join The Motley Fool
Free Article
Join Nearly 1 Million Premium Members And Get More In-Depth Stock Guidance and Research
By Danny Vena, Brian Withers, and Will Healy – Oct 24, 2021 at 7:00AM

One of the sentiments shared most often in investing is "That ship has sailed," or put another way, "The train has already left the station." Simply put, many investors fear that a significant run-up in a stock price likely means they've already missed out on their best chance to realize sizable gains from that stock and simply move on.

Unfortunately, considering a stock's price gains in a vacuum, rather than considering where it can go from here, may be one of the biggest mistakes an investor can make, causing them to miss out on potentially game-changing opportunities.

We asked three Motley Fool contributors to highlight a stock that had gained more than 7,400% (as of this writing) that offered many buy opportunities along that way -- and is still a buy right now. They came back with Shopify (SHOP 3.62%), Netflix (NFLX -1.12%), and MercadoLibre (MELI 2.75%). 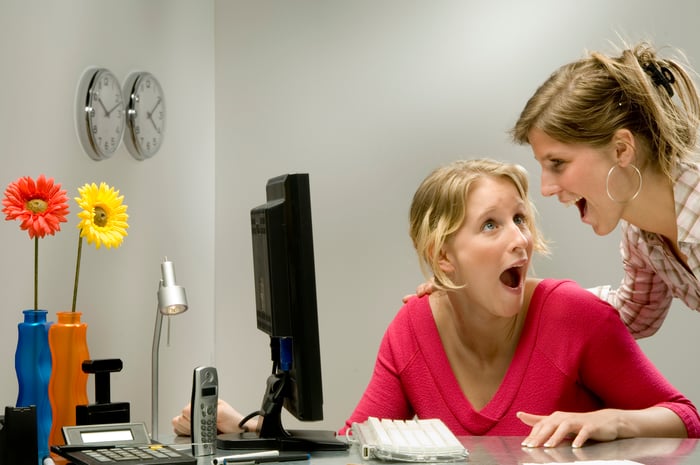 Brian Withers (Shopify): Shopify has grown from humble beginnings to a $4.4 billion annual run rate business, facilitating almost $120 billion in online purchases in 2020. With its fantastic business results, market-trouncing stock appreciation has followed. In the year following its IPO, investors could have purchased shares of this incredible company for a jaw-dropping $20 per share, representing a 7,437% return since 2015.

While that kind of amazing return may not be possible going forward, it's not too late to pick up shares of this high-quality business and still make market-beating returns. Let's look at why.

First, the company is still growing at a rapid pace. Even as the economy opens up and more brick-and-mortar stores are welcoming back in-person shoppers, the company posted 57% year-over-year revenue gains on top of a 40% year-over-year boost in online purchases. The company has become even more profitable as the added coronavirus traffic has helped the company scale its costs and pad its bottom line.

Second, this "overnight success" from the coronavirus has been a long time coming. In 2015, Shopify hosted 165,000 merchants on its platform. Today, a few short years later, there are more than 10 times that number-- 1.7 million merchants depend on Shopify every day with their online stores. These merchants sell products in 175 countries around the world, giving this online e-commerce player truly global exposure to the rise of e-commerce.

Looking just at the small and medium business segment, management estimates its addressable market to be $153 billion. So its $4.4 billion annual revenue run rate is a small sub-3% share of the market.

Lastly, Shopify benefits when its merchants on its platform are successful. In addition to monthly subscription fees for its platform, Shopify takes a small cut of every sale with its merchant solutions segment, which makes up 70% of its most recent quarter's revenue. This segment has grown faster than the subscription services business and could fuel growth even if new merchants don't join the platform. Given this alignment, the company and its management team are highly incentivized to help these entrepreneurs grow their businesses, which is something shareholders should love.

Investors may look at this $175 billion-plus market cap company and think the growth is over, but they couldn't be more wrong. Shopify will continue its mission to make commerce better for everyone and, along the way, make shareholders happy too. It's not too late to add this high-quality operator to your portfolio. 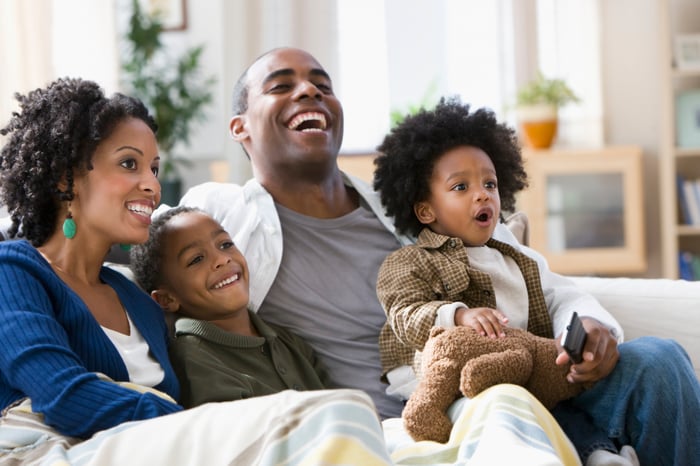 Will Healy (Netflix): Netflix stock has risen by almost 53,000% since its public debut in 2002. Though it pioneered the streaming industry, numerous high-profile companies such as Disney, Amazon, and AT&T have pivoted into streaming and become competitors.

Despite past increases and current challenges, new investors could still earn outsized returns as the company remains in growth mode. Grand View Research forecasts a compound annual growth rate for the global streaming business of 21% through 2028, industry growth that will likely continue to bolster Netflix. The company also continues to capitalize. According to Parrot Analytics, despite global market share falling from 65% two years ago, Netflix still holds about 50% of the worldwide market.

Also, over the last year, total membership grew by just over 9% to nearly 214 million. Moreover, the Q3 2021 earnings call highlighted the popularity of shows such as Squid Game and La Casa de Papel. This shows the degree to which it has begun to succeed outside of the U.S.

The company's financials also highlight this expansion. In the first nine months of 2021, revenue of $22 billion increased 20% compared with the same period in 2020. That took profits 103% higher to $4.5 billion over the same period.

During this time, the company has also begun to address one critical financial obstacle. Over the last 12 months, its long-term debt of $14.8 billion fell by about $1 billion. This is notable, as rising debts and negative free cash flows characterized its finances in past years as it funded more content development.

Still, even as programming development resumed following the pandemic, Netflix has managed $410 million in free cash flow in the first nine months of this year.

Admittedly, the picture for the third quarter looks less rosy. In that period, revenue grew by only 16% as its locked-down customers resumed their offline activities. Free cash flow also turned negative again as content development has restarted. Moreover, Netflix has risen by roughly 24% over the last 12 months amid growth concerns stemming from fewer of its customers locking down.

However, its P/E ratio currently stands at about 67. While that has risen modestly in recent months, it remains far below the triple-digit valuations of the last few years, making Netflix stock a relative bargain.

Admittedly, investors should not expect another 53,000% gain over the next 20 years. Nonetheless, with its subscriber base continuing to boost revenue and net income, its comparatively low P/E and the expected industry growth could help new investors profit from the Netflix story. 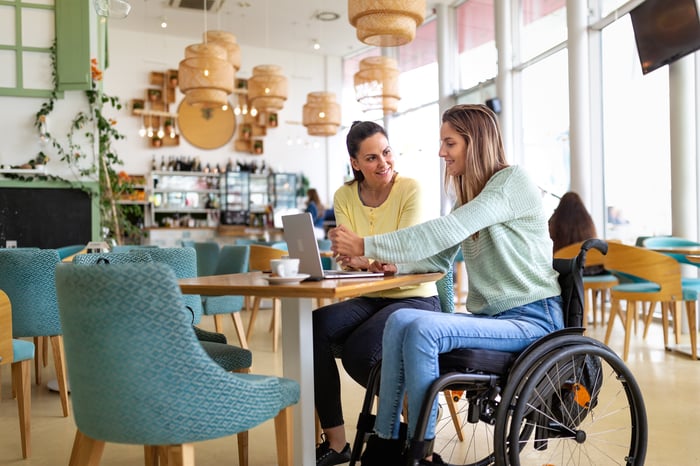 Danny Vena (MercadoLibre): When it comes to missed investment opportunities, one company cited fairly often is MercadoLibre (MELI 2.75%). Many investors passed on the Latin American e-commerce and digital payments leader due to concerns about political instability, rampant inflation, and poor infrastructure in the region.

While some slept on the opportunity, investors had several chances to get in below MercadoLibre's 2007 IPO price of $18. Those with the foresight to invest in the stock early on were able to ratchet up gains of more than 8,700% (as of this writing). Yet those who invested as late as early 2017 have still enjoyed gains of nearly 1,000%, illustrating that when it comes to a great company, it's never too late.

It helps to put MercadoLibre's success in context. Even as the company dealt with the unique challenges of Latin America outlined above, it became the undisputed e-commerce and fintech leader. Yet the opportunity remains vast and is still in the early stages.

Latin America has a population of nearly 662 million, nearly twice that of the U.S. At the same time, e-commerce sales in Latin America accounted for roughly 5.6% of total retail sales, less than half of the U.S. rate of 13.6%. This shows a lot of untapped growth yet to be had.

There's also a significant opportunity for Mercado Pago, the company's fintech business. Latin America is largely a cash-based society and roughly 70% of the population doesn't have a bank account. The result is one of the largest unbanked/underbanked populations in the developing world. That factor alone has helped Mercado Pago in becoming one of the leaders in digital payments in the region.

Mercado Pago partnered with local convenience stores, allowing users to make cash deposits directly to its app. This eliminated the need for a bank account, opening up its services to a vast new unbanked clientele. This digital payment method became so popular that it made the leap, first to other e-commerce sites, then to brick-and-mortar stores.

The company boasts nearly 76 million unique active users, up 47% year over year. At the same time, the number of items sold jumped 37% and the number of payment transactions surged 80%.

These growth metrics illustrate the fact that MercadoLibre still has a long runway ahead. Even after an epic run, investors who buy the stock today will almost certainly be richly rewarded.