Year to date, Riskified and Lemonade are both down about 25%. This poor performance thus far, however, does not necessarily mean they are down and out.

Both of these companies are using artificial intelligence and machine learning to disrupt their industries. While many investors have demonstrated their pessimism about the future through the stocks' prices, here's why you should not be so quickly spooked by these price drops. 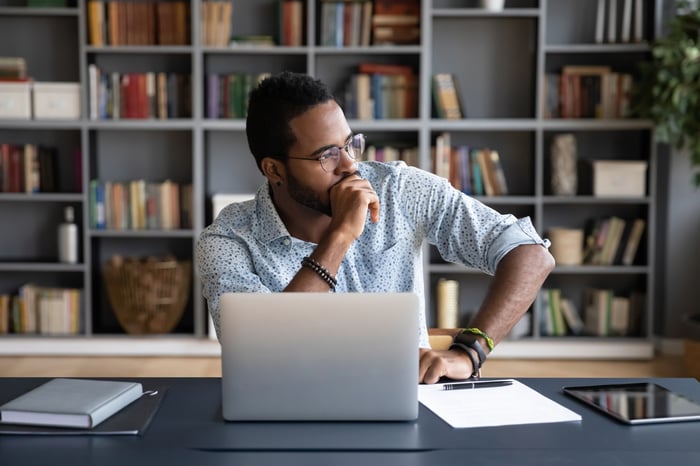 Lemonade (NYSE:LMND) is reinventing the insurance business, including how consumers apply for coverage and get claims approved. Its first AI bot, "Maya", can approve or deny applications in two minutes, while its other bot, "Jim", can make decisions on payouts to customers in as little as three seconds. This is a model that has been largely unreplicable by legacy insurance providers such as Aflac (NYSE:AFL), a legacy insurer that was founded well before the age of AI.

Lemonade's use of AI has led to faster processes, which has led to happier customers. According to a study conducted by independent insurance marketplace Clearsurance, Lemonade ranked first out of 270 renters insurance companies in terms of customer satisfaction. A whopping 98% of Lemonade customers saying they would recommend the company to a friend.

The company had a rough first quarter due to payouts related to the "Texas Freeze" -- another reason why the stock is down 65% from the all-time high it hit in January. Despite this, the business has been moving in the right direction: The company's gross loss ratio --the percentage of revenue paid out in claims -- decreased 7 percentage points year over year, showing that the company can bounce back from hard times.

The company grew its customer count by 48% year over year to over 1.2 million in Q2, and increased its premium per customer by 21% to $246. This combined to produce a 91% increase in in-force premiums to $297 million. Lemonade began issuing two new policy types this year -- life insurance and car insurance -- demonstrating its ability to capitalize on new growth avenues.

The stock is valued highly, especially considering that Lemonade's business is still unprofitable. Its price-to-sales ratio of 42 is high, but not as high as the 100 times sales valuation it had at its peak. Trading at 100 times sales was extreme, even for a quality company like Lemonade, and I think the valuation has simply fallen to the high price that investors have to pay for quality growth companies. Its forward price-to-sales ratio is 33 times sales, which has fallen 60% from its highs.

Another thing that spooked investors this year was the Texas Freeze, which significantly hurt Lemonade. Its gross loss ratio for Q2 2021 was 121%, which sent many investors running for the exits, even though it grew its in-force premium 89% to $252 million. Even through the Freeze, Lemonade's innovation within the space holds tremendous potential, and investors are starting to see this through its growth, customer satisfaction, and its financials. Lemonade's vision may take decades to play out, but investors who are willing to remain patient could be well rewarded.

Riskified: Securing e-commerce for all

As the hype from its July IPO has faded, Riskified (NYSE:RSKD) has been hit hard. It's now down 47% from its all-time high. Riskified uses AI to detect fraud in e-commerce transactions, and it has been effective at doing so. The company has a chargeback guarantee -- if its platform approves a fraudulent order, it will cover the losses its client takes -- and these losses are represented in its cost of goods sold. Riskified's cost of goods sold has decreased in Q2 2021 compared to 2020 -- decreasing from 47% of revenue to 40% -- proving that its AI and determinations have become more accurate.

Along with the chargeback guarantee, Riskified's top 10 clients experienced an average 38% decline in their operating expenses while netting 8% more sales. It's no wonder then that three out of the 10 largest online retailers use Riskified. Landing these customers has led to 55% growth in gross merchandise volume under management in Q2 2021 compared to the year-ago quarter, along with 47% revenue growth to $56 million.

The primary risk for Riskified is its path to profitability. The company lost $20 million in Q1 2021, which grew over 180% from the year-ago quarter. Most of this net loss, however, is from interest expense related to the IPO, but the company would still be losing $2 million without the interest expense. Given that the company is trading at a lofty 18 times sales, this risk could be unaccounted for the stock price, and investors are pricing in a lot of future growth. The bright side of this is that the company has $120 million in cash and is generating $3.7 million in free cash flow, so for now, it can supplement its own losses.

While this main risk is important to recognize, there are signs that the company could become profitable if it lands more big customers. Riskified has already landed customers like Wayfair (NYSE:W), Wish (NASDAQ:WISH), and Gymshark, and continued its growth into several large international markets like Australia, China, and the UK. If Riskified becomes the top dog in this industry internationally by continuously benefiting its customers and landing big clients, shareholders could reap the benefits.