Initial public offerings can surge as much as 50% on their first day of trading -- but few regular investors ever see those gains. Most IPO shares go to institutions, hedge funds and wealthy individuals before the general public ever has a shot at them. But a direct listing turns this on its head, giving every investor access to those shares on equal footing. Even so, investors still might need to be patient when buying in.

In a direct listing, a company's employees and shareholders sell some or all of their holdings on the NYSE or NASDAQ. Unlike a traditional IPO, no cash goes to the company; instead, it winds up in the bank accounts of the people who unloaded their shares. Companies that issue stock this way generally don't need the extra capital an IPO would bring in.

Direct listings provide a much cheaper way for companies to go public.. Wall Street firms charge anywhere from 3.5% to 7% of an IPO's total proceeds, according to research from PWC. A direct listing instead only involves listing costs. In a recent deal, Amplitude (NASDAQ:AMPL) shelled out only about $2.1 million. If the company pulled off a traditional IPO for $700 million -- or 10% of its market value -- it could have been on the hook for more than $40 million. 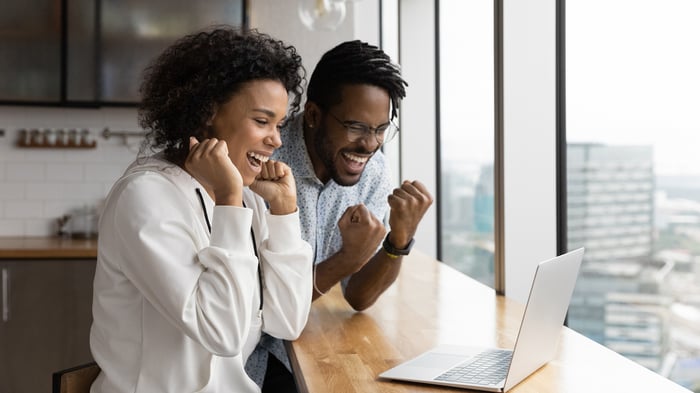 Look at Snowflake (NYSE:SNOW). In September 2020, the company raised $3.4 billion. But its stock price subsequently surged by more than 100% on its first day of trading, suggesting that the company's IPO left an additional $3.4 billion or more on the table.

According to a study from University of Florida Professor Jay R. Ritter, IPOs in 2020 were collectively underpriced by 48%, costing the companies involved an additional $30 billion. From 1980 to 2020, the study found that the average IPO was 20% underpriced.

That doesn't mean direct listings always get their pricing right, though. Before a direct listing trades, the stock exchange calculates a reference price based on private market trades and incoming orders. This rough estimate can widely miss the mark.

Such volatility is normal on the first day of trading. For investors, the best approach may be to wait a few days after the trading activity calms down.

Another nagging issue with direct listings is that they lack lock-up arrangements prohibiting insiders of a company – like employees and institutional investors – from dumping their shares, usually for six months after the IPO. With a direct listing, insiders might unload shares to take profits, driving the stock price lower.

How do investors benefit?

Direct listings are a recent phenomenon, with only 11 deals since 2018. The average return is a sizzling 128%, and only one deal was a loser.

All the deals were tech companies, which may help to explain the strong overall performance. Yet this does not tell the whole story. A direct listing only works for companies that meet high quality thresholds -- like having enough cash in the bank to abundantly fund operations. At the time of their direct listings, Warby Parker reported $260 million in cash on its balance sheet, while Roblox had $894 million. The strong cash balances demonstrate that these companies earned venture capital firms' faith and trust.

Next, a company usually needs a powerful brand name and loyal customer base to attract enough investors for the direct listing. If not, the relative lack of buyers might drive the stock price into a slump.

Of course, investors still need to do their homework by drilling down on the company's S-1 filing. Look for a large market opportunity that exceeds $1 billion, revenue growth topping 30%, rising margins, and backing from top venture firms. Direct listings with all those factors more often provide strong long-term returns.