The energy stock crashed on a development that should have ideally been good news.

Energy stock Vertex Energy (VTNR -0.14%) plunged on Tuesday, crashing 19% as of 12:30 p.m. EDT as the market reacted to an update from the specialty refiner and marketer of petroleum products that's also among the largest processors of used motor oil in the U.S.

On Monday, Vertex Energy announced plans to make a private offering worth $155 million in debt in the form of convertible senior notes due 2027. Vertex Energy plans to use the proceeds as follows:

There doesn't seem to be anything to dislike here, so why did Vertex Energy shares plunge on the news? It appears investors are concerned about the interest obligation that comes with debt, especially given that Vertex Energy is losing money, is short on cash, and has yet to win regulatory approval for a critical asset divestment plan. 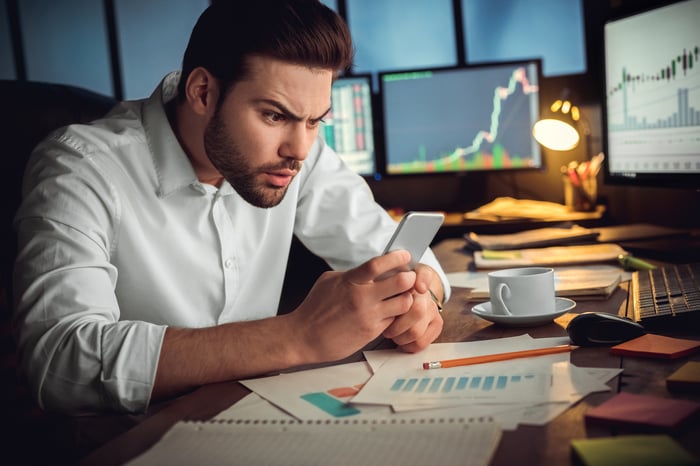 To give you some background, Vertex Energy plans to transform itself by acquiring the Mobile refinery for $75 million and investing $85 million to convert it to produce renewable fuels. To help fund the acquisition, Vertex Energy said in June it will sell its core used motor collection and recycling assets to Safety-Kleen for $140 million in cash.

In an unexpected blow in late September, though, the U.S. Federal Trade Commission asked Vertex Energy for additional information on its proposed asset sale to Safety Kleen, so the deal that was previously expected to close in the third quarter this year is stuck for now.

Given the backdrop, the latest development is an important milestone for Vertex Energy as it will help it raise cash to acquire the Mobile refinery while it awaits an asset sale.

It appears the market is overreacting as Vertex Energy needed funds to advance its move into renewable diesel, which appears to be a sensible step given how the world is transitioning from fossil fuels to clean energy. Watch out for updates from the company about its asset sale and the Mobile refinery acquisition, as any positive development on either front could help the stock rebound.

Why Shares of Plug Power Are Plunging Today
397%