Here are some numbers (all changes year over year) from General Electric's Q3 earnings report that you must know:

Although the company's revenue came in slightly lower than expected, its EPS handily beat estimates, sending the stock flying.

Delving deeper, General Electric reported a strong order flow across all its segments. 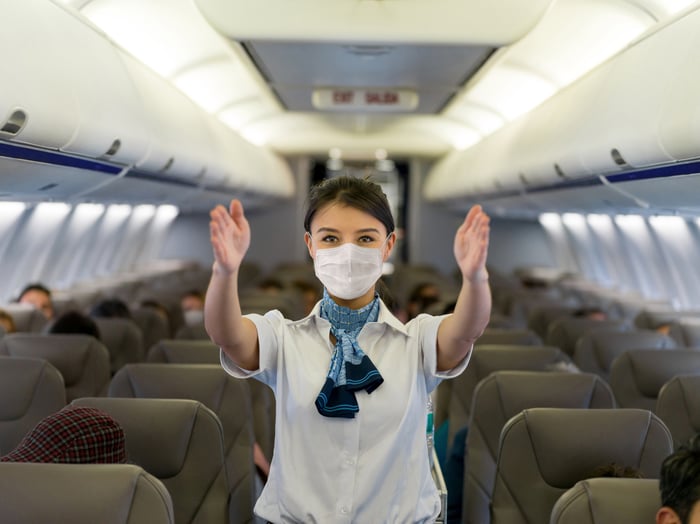 Aviation: Orders surged 69% year over year to $6.9 billion on strong demand for spares from its commercial services markets, which was enough to offset lower shipments of commercial engines. Its smaller military business reported higher orders but lower revenue. Overall, the segment margin jumped to 15.7% from only 7.1% in Q3 2020.

Healthcare: Orders increased 21% to $5 billion, with orders for ultrasound, imaging, and life care solutions growing double digits. Segment revenue, however, declined 5% during the quarter, and margin was flat at 16.2%, primarily because General Electric's third quarter last year was exceptionally strong thanks to orders for nearly 300 ventilators from Ford.

Power: Orders increased 8% to $3.7 billion, and segment margin improved to 5.1% from 3.7% in the year-ago quarter. This was despite flat revenue thanks to strong demand from higher-margin products like gas power services. General Electric expects revenue from gas power services to grow high single digits this year.

CEO H. Lawrence Culp Jr. stressed how the company was upgrading its outlook for the full year despite facing supply chain disruptions and pressure, especially in its renewable energy segment. "Orders grew, margins expanded, our overall cash performance was significantly better, and Aviation is building momentum and showing continued signs of recovery," he said.

It's encouraging to see the margin growth in General Electric's aviation and power markets in particular. With management also sounding optimistic about the healthcare markets, General Electric should be able to offset any weakness in renewable energy and earn even stronger margins and cash flows in 2022 to further fortify its balance sheet.