Shares of toymaker Hasbro (NASDAQ:HAS) had jumped 5% through 10:55 a.m. EDT Tuesday after crushing analyst expectations for a third-quarter profit.

Heading into the quarter, Wall Street had forecast that Hasbro would earn $1.69 per share on sales of $1.97 billion. The company nailed the revenue number, then destroyed the earnings projection, reporting per-share profits of $1.96, pro forma. 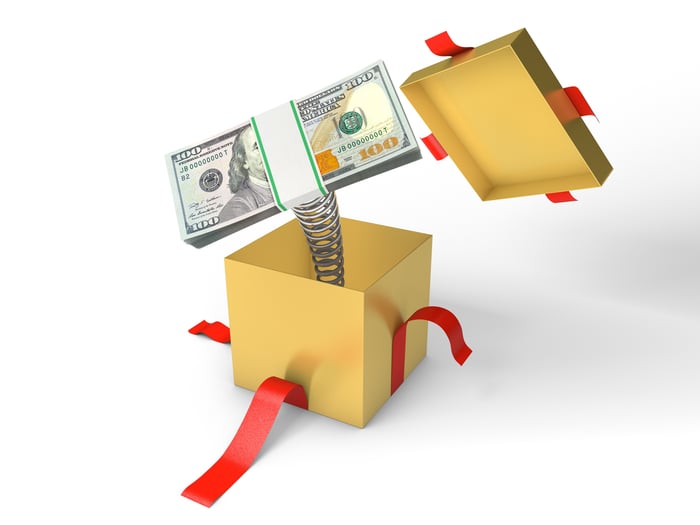 Granted, when calculated according to generally accepted accounting principles (GAAP), earnings weren't quite as strong as the headline number: only $1.83 per share. But that still worked out to 15% earnings growth, and was actually superior to the 5% growth in pro forma profit.

Overall sales at Hasbro grew 11% year over year in the quarter, with the Wizards of the Coast segment (creator of board games, role-playing games, and collectibles based on Dungeons & Dragons and Magic: the Gathering, among other titles) showing particularly strong growth of 32%, which was offset by a 3% decline in sales of consumer products. The Entertainment division (i.e. TV shows), still the company's smallest by revenue, surged 76%.

And the good news doesn't stop there. Turning to guidance, Hasbro was able to promise investors there will be continued double-digit revenue growth of 13% to 16% for the full year, and operating margins in line with last year's adjusted level of approximately 15%, which should keep profits growing nicely.

Management did concede that "There are supply chain factors out of our control which could impact our ability to fully achieve the upside." But the company believes it has enough orders outstanding "to support the high end of the revenue growth range" if the ships and trucks can just deliver the goods on time.

Granted, at roughly 27 times trailing earnings, Hasbro stock costs a pretty penny. But with tremendous free cash flow (at $1 billion, real cash profits are more than twice reported GAAP profits), the stock seems attractively priced if it can grow at the rate it's promising.