Coca-Cola (NYSE:KO) is scheduled to report third-quarter earnings on Wednesday, Oct. 27. Investors are expecting the company to have capitalized on continued reopening trends worldwide. 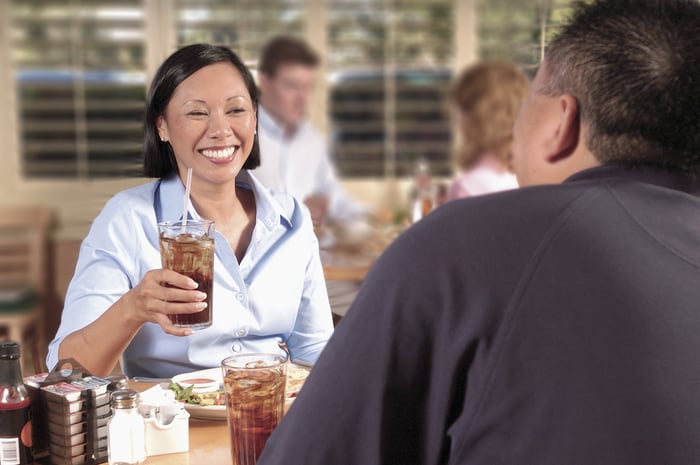 Coca-Cola stock is trading at a discount to PepsiCo. Image source: Getty Images.

Coca-Cola is recovering from pandemic losses

Over the years, Coca-Cola has focused on developing exclusive relationships with away-from-home venue operators like restaurants and movie theaters. Those deals give Coca-Cola a higher market share in away-from-home channels. As a result, when folks were leaving their homes less often at the pandemic onset, it hurt Coca-Cola's revenue. In all, revenue declined by 11.4% in fiscal 2020.

Thankfully, the world is making progress in its battle against COVID-19. Billions of vaccine doses have been administered, and in most parts of the world, the number of people getting severely ill from the virus is declining. That's allowed governments to reopen more significant portions of their economies and reduce restrictions on businesses.

The trend helped Coca-Cola recover lost business due to folks staying home more often. Indeed, here is what management had to say on the matter in its most recent earnings release: "The company saw away-from-home channels rebound as restrictions eased in certain markets, driving value across the enterprise and leading to second-quarter revenues ahead of the 2019 level."

Interestingly, Coca-Cola's fiscal second quarter ended July 3. That's important because there was an increase in coronavirus infections caused by the delta variant right around that time and in August. The increase could have negatively affected Coca-Cola's revenue in the first half of the third quarter.

Coca-Cola is a premium stock at a discount price

Analysts on Wall Street expect Coca-Cola to report revenue of $9.75 billion and earnings per share (EPS) of $0.58 in Q3. If the company hits those estimates, it would be increases of 12.8% and 5.4%, respectively, from the same quarter last year.

For the full-year fiscal 2021, management has forecasted revenue growth of 12% to 14% and EPS growth of 13% to 15%. The estimates from Wall Street for the current quarter are on the lower end of management's revenue target and far below the EPS growth target. That can partly explain why Coca-Cola's stock is down 4.77% in the last three months.

For all of 2021, Coca-Cola's stock is down 1%. That's behind PepsiCo, which is up 7.4% during the same time. The market is not yet convinced that Coca-Cola's operating performance will improve. Even though progress is being made, the end of the pandemic is still nowhere in sight, and its presence continues to cause headaches for businesses and heartaches for individuals. 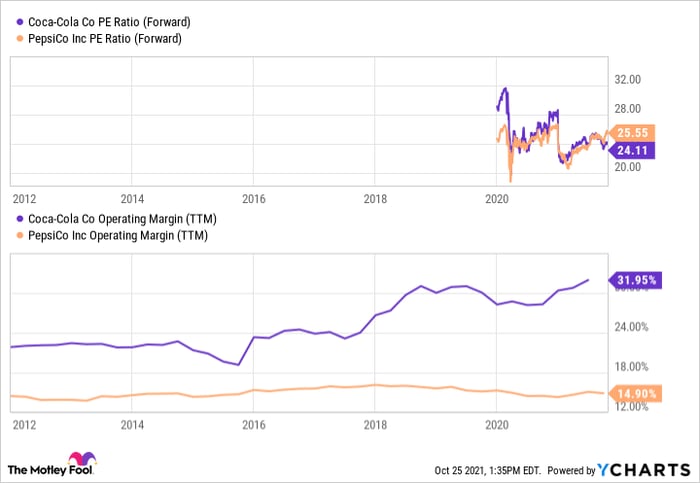