Robinhood Markets (NASDAQ:HOOD) disappointed investors with its financial update this week. It fell short of analyst expectations for the quarter, and its near-term guidance wasn't very encouraging. The market responded the way you would expect, sending Robinhood stock 10% lower on Wednesday. Is that a bad omen for Coinbase Global (NASDAQ:COIN) when it reports financial results for the same three-month period in two weeks?

Not so fast. Robinhood and Coinbase went public three months apart earlier this year, and they seem to be joined at the hip as next-gen trading platforms for young trigger-happy speculators. However, Robinhood operates as a marketplace for stocks, options, and cryptocurrency. Coinbase is laser-focused as the world's largest cryptocurrency exchange platform. Robinhood is a jack of all trades; Coinbase is a master of one.

This in and of itself doesn't mean that Coinbase is immune to what ails Robinhood this week. If we only look at Robinhood's crypto business, we see a problematic sequential drop in this week's report. The $51 million in revenue that Robinhood generated from cryptocurrency trading was 860% ahead of where it was a year earlier, but it was a brutal 78% quarter-over-quarter plunge from the $233 million it delivered in the second quarter of this year. With Coinbase reporting on Nov. 9, it's natural to be concerned. Let's go over some of the reasons why the top dog in crypto should hold up considerably better than Robinhood did this week. 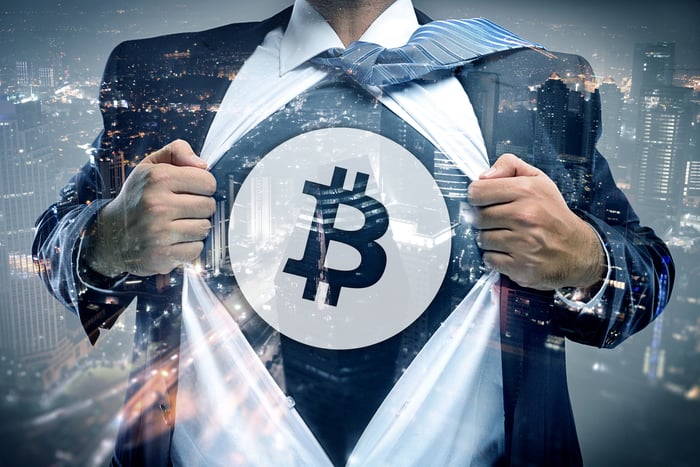 1. Robinhood is very limited in crypto

Robinhood is popular. There are 18.9 million monthly active users on the platform. The problem is that folks who are serious about crypto aren't really doing it on Robinhood. The app only offers access to seven different cryptocurrency denominations. Compare that to the rapidly expanding universe on Coinbase that currently stands at 110 different digital coins.

Another problem with Robinhood is that crypto never really leaves the platform operator's hands. There are no crypto wallets. You can't send the Robinhood-stored crypto somewhere else to settle up a transaction or to a different trading platform. There is no flexibility when it comes to how to store cryptocurrency.

In short, Robinhood is crypto trading on training wheels. It may feel secure in some ways with safeguards for beginners, but ultimately it's like driving through a school zone in a small town. There's not a lot to see, and eventually you're going to want to floor it and drive somewhere else.

2. Shiba Inu is the new Dogecoin

One of the things that set Robinhood apart in the second quarter of this year is that it was one of the few mainstream exchanges to offer Dogecoin (CRYPTO:DOGE). The meme crypto started to take off in April, and Robinhood was ground zero for access to the low-priced currency. It was a strong tailwind for Robinhood through the second quarter. Dogecoin didn't step on the Coinbase welcome mat until early June, when the quarter was nearly over.

Let's flash forward to the third quarter. The hot meme token these days is Shiba Inu (CRYPTO:SHIB). It's not available to trade on Robinhood. It was added to Coinbase in mid-September. We're obviously looking at just the last two weeks for the third quarter, but the trading volume has been understandably high, and it should also fuel better guidance for the current quarter at Coinbase than what we saw at Robinhood.

3. Crypto platforms are off to a better start

There aren't a lot of publicly traded cryptocurrency platforms, but one of them already provided an early look at its upcoming quarterly report. Voyager Digital (OTC:VYGV.F) officially reports its financial results on Friday morning, but earlier this month it provided a preliminary look at how its third quarter played out.

Voyager is much smaller than Coinbase, but like the leading exchange it offers dozens of cryptocurrencies to trade with the flexibility of digital wallets. Voyager also lets users earn as much as 12% in annual interest for letting the platform borrow a user's crypto to lend, pledge, or otherwise use the digital currency. Nearly half of the more than 60 currencies available on Voyager can earn interest this way, compared to just six on Coinbase and none at all on Robinhood. It's a better proxy for Coinbase than Robinhood.

How did Voyager fare in its latest quarter? Crypto volume for the industry was markedly lower in the third quarter, as the leading currencies were largely correcting from the second quarter's frenzied surge. A sequential decline is a given for Coinbase, and analysts see a 23% dip in revenue from the $2.033 billion it delivered in revenue during the second quarter. This is a lot better than the 78% sequential bellyflop that Robinhood just produced. Voyager's preliminary results for the three months ended in September found revenue clocking in between 39% and 42% sequentially lower. Coinbase should fare even better given its market leadership, but we'll find out in two weeks.