There's plenty of growth on the horizon for these stocks, which are trading near their lows for the year.

After a tough September when the S&P 500 fell by 4.8%, the markets have been showing strength again with the index rising more than 5% in October. But many quality stocks haven't been rising of late, and there are a couple of gems out there that investors may want to buy for November before they take off.

Shares of both Jazz Pharmaceuticals (JAZZ -2.27%) and Zynga (ZNGA) are both down sharply, trading near their 52-week lows, while the S&P 500 is up over 20%. Now could be an opportune time to buy these promising growth stocks. 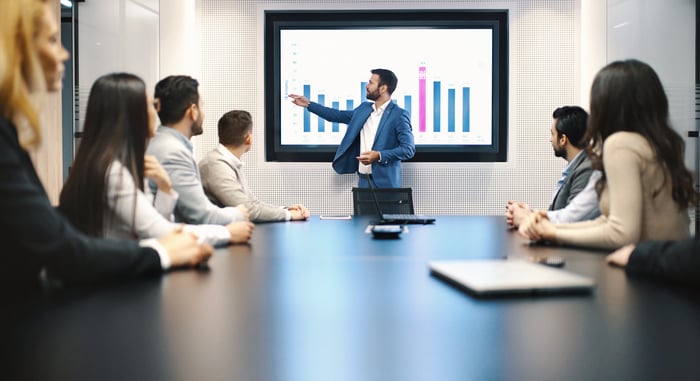 Biotech company Jazz Pharmaceuticals is a stock I've been watching closely since its acquisition of GW Pharmaceuticals earlier this year. GW is the company behind cannabis-based seizure medication Epidiolex, which is taken orally to treat rare forms of epilepsy, including Lennox-Gastaut syndrome and Dravet syndrome.

Having that drug in Jazz's portfolio makes the company an intriguing growth investment. In 2020, Jazz's revenue of $2.4 billion grew by just 9%; the year before that, the top line rose by 14%. It's decent growth, but not all that exciting. However, the inclusion of Epidiolex markedly improves the company's growth prospects.

For the period ended June 30, Jazz got a boost of $109.5 million to its top line from the addition of Epidiolex sales, which are now included in the results. Since Jazz only closed the deal for GW Pharmaceuticals on May 5, it wasn't even a full quarter of revenue from the drug. On a pro forma basis, sales of Epidiolex were up 32% to $155.9 million in the quarter.

And Epidiolex has plenty of room to get even bigger; in April, GW Pharmaceuticals received approval from the European Commission for the drug to treat seizures relating to tuberous sclerosis complex, its third indication (after Dravet syndrome and Lennox-Gastaut syndrome).

There are some exciting opportunities ahead for Jazz, and with shares of the company down some 30% from their high -- and at a forward price-to-earnings ratio of just nine -- now may be a great time to invest.

Video game developer Zynga is another stock that investors should consider. The company's games reach users in 175 countries and regions around the world. And there have been more than four billion downloads of its popular games to date.

Investors turned bearish on the shares on news that people are playing fewer of its games as COVID restrictions ease. But I remain optimistic because, unlike consoles, Zynga's mobile games can be played from anywhere. Whether you're home or in line, waiting to show your vaccine passport, it's easy to play one of its popular games to pass the time. Games such as FarmVille and Zynga Poker routinely earn high ratings on the Apple app store of at least 4.5 stars or better.

And even if people are playing less amid the reopening economy, Zynga could still increase its revenue by taking advantage of other opportunities to monetize its business. In August, the company announced the acquisition of mobile advertising company Chartboost for $250 million. Through its machine-learning capabilities, Chartboost could help optimize ads on Zynga's games, leading to better returns and more revenue.

For the third quarter ended Sept. 30, Zynga has anticipated that revenue will come in at $665 million, which would be a 32% increase from the same period last year (although less than the $720 million it reported in the second quarter). It also projects that its net loss of $110 million will be slightly smaller than the $122 million loss it incurred a year ago.

Trading at around $7.40, the stock is near its 52-week lows. But Zynga has the potential to surprise investors with a good result when it reports its latest earnings next month. And analysts agree that there is a lot of upside for the stock. While many of them lowered their price targets after release of Q2 earnings and the drop in gaming activity came to light, the consensus still sees the stock rising to at least $12. That's more than 60% higher than where it is today.

For growth investors, Zynga is one of the better buys out there today.