For investors, looking 30 years out can be an intimating task. By then, we will all be in a completely different stage of our investment lifecycle. For most, it will mean a transition from the asset accumulation phase to the distribution phase. Instead of being net savers, most folks will become net spenders. Maybe you're already a net spender or plan on retiring within 30 years. No matter your personal position, buying and holding a stock for decades means it must be a company you can count on to stick around, gain market share, maintain strong fundamentals, and grow its dividend.

It's a tall order, so we asked three of our contributors to search far and wide to give you three dividend stocks that fit the bill. They chose Linde (NYSE:LIN), Raytheon Technologies (NYSE:RTX), and Lockheed Martin (NYSE:LMT). 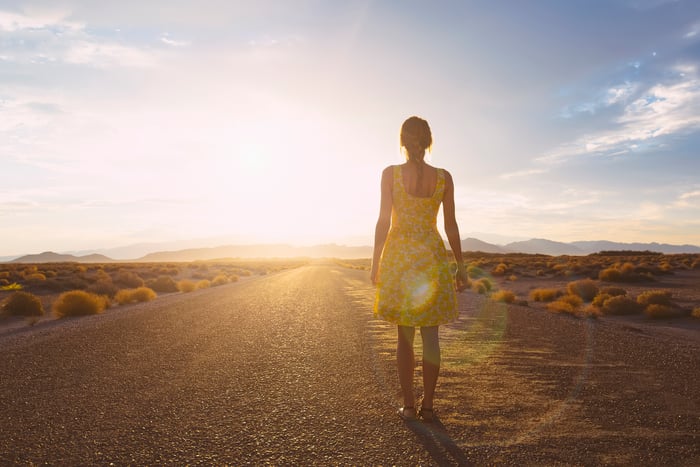 It's not the most recognizable hydrogen stock... but investing isn't a popularity contest

Scott Levine (Linde): When on the prowl for dividend darlings to fortify my portfolio over the next three decades, I'm looking for industry stalwarts with a long-standing commitment to rewarding shareholders -- companies like Linde. A supplier of industrial gases, Linde has achieved the noble status of Dividend Aristocrat, steadfastly raising its dividend for the past 29 years.

The stock's 1.3% yield may not grab the attention of those seeking a high yield, but that suits me just fine; I'm not one to turn down free money. In addition, there's always the potential for capital appreciation. Over the past 20 years, for example, shares of Linde have soared nearly 1,200% while the S&P 500 has risen more than 312%. 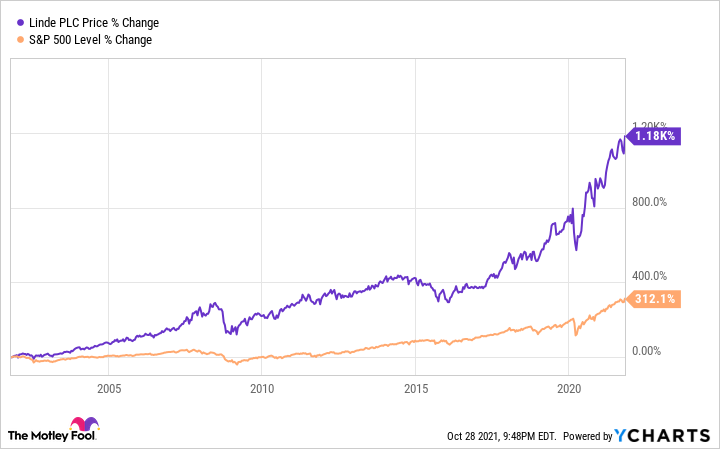 With a market cap of $163 billion, Linde is a big dog when it comes to publicly traded companies dealing in the industrial gases market. As a well-established company that has a strong presence in both North and South America, Europe, and Asia, Linde has a competitive advantage over smaller businesses that don't have extensive networks already in place. While Linde surely has various concerns, fending off upstart industrial gas companies is unlikely to be a pressing one.

One area that I find particularly interesting regarding Linde's future is its place in the growth of the hydrogen economy. And the company does, too. During an investor conference last summer, management acknowledged that hydrogen is "going to be a big part of our growth story going forward." With enthusiasm for hydrogen-based power solutions soaring recently, investors have bid up fuel cell stocks. These companies, however, have consistently failed to demonstrate the ability to generate profits. Linde, however, perennially produces profits, generating an average annual net income of $2.03 billion over the past 10 years.

Raytheon Technologies has long-term growth ahead

Lee Samaha (Raytheon Technologies): First, the bad news. In common with much of the industrial sector, Raytheon is facing supply chain difficulties and soaring raw material costs right now. Moreover, lower-than-expected build rates on the Boeing 787 have negatively impacted sales expectations for 2021. According to CEO Greg Hayes on the company's recent earnings call, "we anticipate the global supply chain pressure will continue, and that lower 787 build rates will carry into next year."

These pressures resulted in the company adjusting its full-year 2021 sales outlook to $64.5 billion, a figure at the low end of the previous range of $64.4 billion to $65.4 billion.

More importantly, it's never a good idea to get caught up in near-term issues in favor of focusing on the long-term development of the business. For example, Raytheon's $5 billion in FCF will easily cover its $3 billion dividend payout (the stock currently yields 2.3%), and there's reason to believe the company can grow it for many years to come.

Raytheon's defense-focused segments, Raytheon Intelligence and Space, and Raytheon Missiles and Defense, focus on areas suited to trends in military spending, such as electronics and missiles rather than military hardware. Meanwhile, the commercial aerospace-focused segments Pratt & Whitney (aircraft engines) and Collins Aerospace Systems will benefit from a multi-year recovery in commercial flight departures and production ramp-ups as the aerospace industry recovers from the COVID-19 pandemic.

For example, Pratt & Whitney's geared turbofan engine on the Airbus A320 NEO family of aircraft has a long runway of growth (from aftermarket revenue) ahead of it as airlines service engines over a period exceeding 20 years.

It all adds up to a company capable of growing FCF and dividends for investors over many decades.

Daniel Foelber (Lockheed Martin): As Lee pointed out, the defense industry is facing slowing growth. Lockheed Martin, one of America's largest defense contractors, made this reality abundantly clear during its Q3 2021 earnings report.

The company slashed its full-year 2021 revenue guidance and cash from operations, incurred a $4.72 per share non-cash pension settlement charge, and forecasted "a slight reduction in revenue in 2022 and roughly flat to low-single-digit growth rates in both revenue and segment operating profit over the next few years." Unsurprisingly, investors weren't too happy with the news, and Lockheed stock fell over 11% on Tuesday. It was the largest single-day decline in Lockheed Martin stock in the last 10 years.

News that Lockheed is in for a prolonged period of little to no growth certainty hurts its investment thesis. However, Lockheed is a better dividend stock than ever before. The company just raised its quarterly payout to $2.80 per share, giving it an annual yield of 3.4%. What's more, Lockheed still plans to earn plenty of free cash flow to cover its dividend payment, a sign it can grow its payout for years to come. Lockheed also just increased its share repurchase authority by $5 billion. For reference, Lockheed repurchased $2 billion in stock over the last 12 months.

Lockheed is making up for its lack of growth by creating shareholder value through buybacks and dividends. This dynamic isn't going to appeal to growth-orientated investors, but it's music to income investors' ears. Having an industry-leading company pay dividends high enough to combat inflation and supplement retirement income is unique in today's market, where the average stock in the S&P 500 yields only 1.2%