Some might wonder if every day should be Halloween for investors in the current climate. Stock valuations are through the roof. Inflation is rearing its ugly head. Major supply chain issues linger.

Personally, I don't think investors should be frightened. There's always a bogeyman or two that can be found as a reason to stay away from the stock market. Most of the time, the fears are overblown.

However, it's understandable why some could be leery of investing. If you're in that group, here are my picks for the three least scary stocks to buy right now. 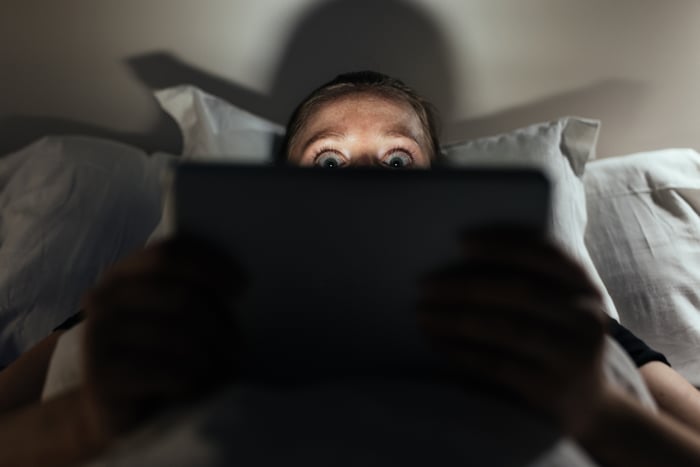 No company is truly invincible. But Alphabet (NASDAQ:GOOG) (NASDAQ:GOOGL) just might come close.

The company claims nine products with more than 1 billion active monthly users, including Google Search, YouTube, Android, Chrome, and more. These products are embedded into so many people's lives that it's hard to imagine them being displaced.

Alphabet's financial strength is rock-solid. The company made $65.1 billion in revenue and $18.9 billion in profit in the third quarter alone. It generated free cash flow of $65.7 billion over the last 12 months. And Alphabet sat atop a cash stockpile of $142 billion at the end of Q3 -- after buying back $12.6 billion of its stock.

Just as important, though, Alphabet is well-positioned for the future. CEO Sundar Pichai noted in the Q3 conference call that he set out in 2016 to transform Alphabet into "an AI-first company." Today, artificial intelligence permeates everything Alphabet does. The company's AI-focused growth drivers range from Google Cloud to its Chronicle cybersecurity product to Waymo's self-driving car technology.

There are stocks that investors could be justifiably afraid to buy. Alphabet isn't one of them.

Easterly Government Properties (NYSE:DEA) is decidedly more under-the-radar than Alphabet is. However, it's a stock you can buy without any trepidation whatsoever.

The company is a real estate investment trust (REIT) focused mainly on leasing buildings to the U.S. government. Easterly currently owns 87 properties either directly or through a joint venture.

No landlord will find a more reliable tenant than the U.S. government. And Easterly targets "mission-critical" facilities for agencies such as the Federal Bureau of Investigation, General Services Administration, and National Weather Service.

Easterly offers a juicy dividend yield of 5%. As a REIT, the company must distribute at least 90% of its taxable income to shareholders in the form of dividends.

It also has perhaps surprisingly good growth prospects. Because of federal budget constraints, the U.S. government is likely to lease more of its spaces instead of buying properties in the years ahead.

I'll be the first to admit that Intuitive Surgical's (NASDAQ:ISRG) robotic surgical systems look kind of scary. However, the stock is a totally different story.

Intuitive's customers have a built-in financial incentive to use the company's robotic surgical systems for as many procedures as possible. That's great for Intuitive since it makes more from providing replacement instruments and accessories than it does from selling the systems.

Granted, the COVID-19 pandemic caused some disruption as elective procedures were pushed back. However, procedure growth seems to have normalized based on Intuitive's Q3 update. Even with the coronavirus headwinds last year, the company's business continued to perform well.

The main reason why I view Intuitive as a safe pick is its growth potential. Populations are aging across the world. That means higher volumes for the types of procedures ideally suited for robotic assistance. Meanwhile, Intuitive is developing new technology to expand the procedures where its systems can be used.

I think Intuitive Surgical could realistically grow 10X or more over the next couple of decades. This is a stock that I'd be more afraid to pass up than to buy.