Sony (SONY 0.10%) has been a great stock for investors, delivering a market-beating gain of 259% over the last five years. It has continued to surge to new highs this year following high demand for the PlayStation 5 (PS5) game console and continued growth from the Sony Music label, which is benefiting from rising demand from streaming music services.

Sony's growing direct-to-consumer businesses (gaming and music) are two great reasons to consider buying the stock. But Sony is a complex business to grasp, with several operating segments spanning electronics to financial services. Here are the best reasons to buy Sony and one reason to avoid the stock. 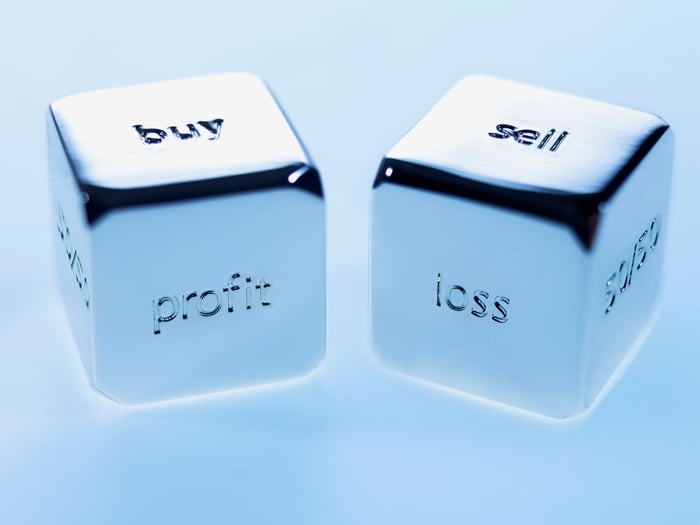 The PlayStation brand is the gift that keeps on giving for Sony. PlayStation has outsold its primary competitor, Microsoft's (MSFT 1.99%) Xbox, in every console cycle since the first PlayStation launched more than two decades ago. From fiscal 2010 to fiscal 2020, Sony's gaming business grew from just 12% of the company's total revenue to 30%, and the strong demand for PS5 and growth in the video game industry overall should keep the momentum going.

The PS5 has already outsold the Xbox Series X/S by about 60%, according to data from VGChartz. Despite near-term supply issues, management expects to sell as many PS5 units in fiscal 2021 as the PS4 sold in the first fiscal year after its launch in calendar 2013. Investments in first-party studios to develop more exclusive titles for PlayStation owners should keep Sony squarely in the lead against Microsoft.

Continued growth in gaming is a major catalyst for the stock, since the segment is expected to generate a third of Sony's operating profit in fiscal 2021.

Music is Sony's highest-margin segment, generating an operating margin of nearly 20% in fiscal 2020. Sony is continuing to ride the growing demand for streaming music services. In the most recent quarter, the music segment posted revenue growth of 44% year over year, while operating profit advanced 55%.

Sony has been the top music publisher since 2012. To maintain its lead, it's expanding into the indie market and leveraging its capabilities in movie and video game production to cross-promote artists across PlayStation, film, and interactive fitness platforms like Peloton Interactive. The latter is a good opportunity for Sony Music, since Peloton has been securing exclusive music deals in order to differentiate its offering in the highly competitive fitness equipment market.

Sony's direct-to-consumer services (gaming network services and music) connect with about 160 million people globally. Management wants to grow that to 1 billion people. Anything is possible, considering that the console market is expected to grow at a compound annual rate of 7% per year through 2025 and global paid streaming subscriptions are expected to more than double to 1 billion by 2030.

Given those opportunities, the stock's price-to-earnings (P/E) ratio of 13 looks too modest. 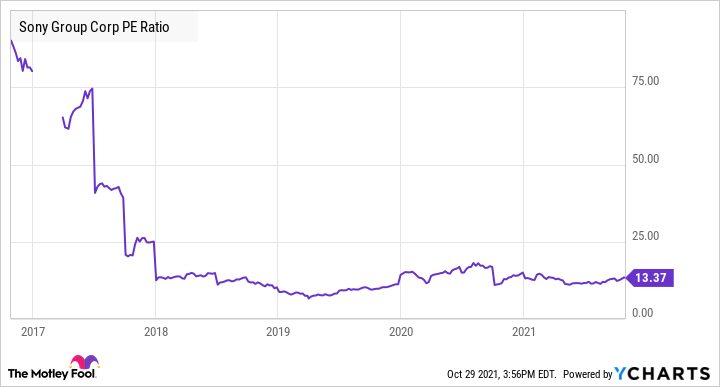 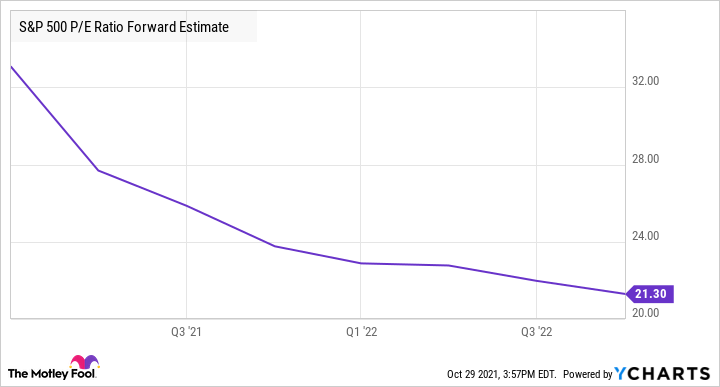 One reason to avoid Sony

While gaming and music are profitable growth drivers, these segments still only make up a minor portion of Sony's sprawling business. Other segments, such as consumer electronics, imaging and sensing solutions, motion pictures, and financial services, comprise the majority of Sony's annual revenue. These segments are susceptible to competition and sensitive to recessions in the global economy, making it difficult for the businesses to sustain consistent growth. 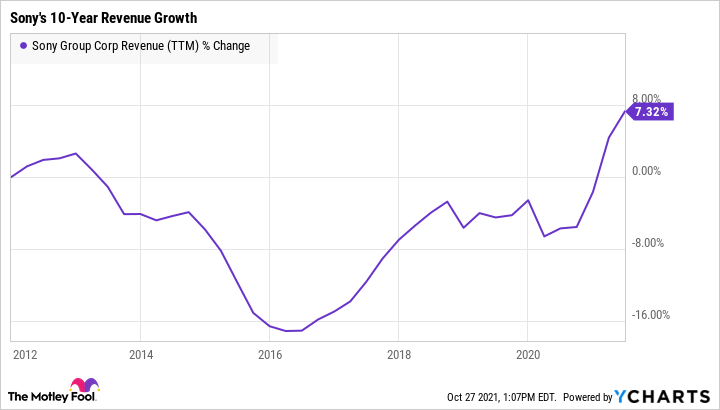 On the other hand, Sony's pictures segment is starting to recover as theaters reopen. Moreover, the opportunities to serve burgeoning markets like the Internet of Things and self-driving cars could be a moonshot opportunity for the imaging and sensing solutions business, which made up 11% of Sony's total revenue in fiscal 2020.

Considering all of these factors, I think the pros outweigh the cons here. Sony could be a much more profitable and higher-growth business 10 years from now with further expansion in the gaming and music businesses. These two segments combined totaled 41% of Sony's total revenue last year. Couple that with a relatively modest valuation, and I believe Sony should continue to deliver satisfactory returns for investors.