The SPAC, which is merging with the e-scooter company Bird Rides, will hold a shareholder vote on the transaction tomorrow.

Shares of Switchback II Corporation (SWBK) were volatile this morning, rising as much as 12% before coming all the way back down to essentially what they started the day at.

Switchback II, a special purpose acquisition company (SPAC), announced in May that it intends to merge with and take public the popular e-scooter company Bird Rides, valuing the company at $2.3 billion.

Shareholders are expected to vote on the transaction tomorrow. If it is approved, the transaction will close on Thursday and the company will begin trading on the New York Stock Exchange under the ticker symbol BRDS.

Investors met the transaction with a lukewarm reception, and following regulatory developments in regards to SPACs, Switchback saw the price of its shares decline back to its net asset value of $10 per share. But there has been some momentum since then with Bird reporting a smaller loss in the second quarter, with revenue growing significantly on a year-over-year basis. 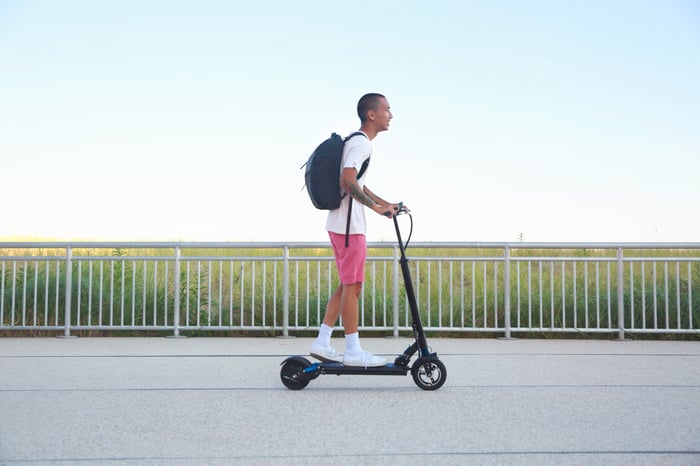 Bird has set some pretty lofty growth expectations, with projected revenue in 2021 of roughly $188 million expected to more than double in 2022.

However, the company does look to be improving its unit economics and expanding rapidly. Additionally, an analyst at D.A. Davidson has already initiated coverage and set a price target of $13.25, so I definitely like Bird at $10 per share. Near-term catalysts include the successful closing of the transaction this week and then Bird will report Q3 earnings on Nov. 15.