When a stock features an attractive dividend yield and appears undervalued too, that's when potential investors should pay attention.

As investment options go, dividend-paying stocks can be hard to beat. They tend to offer fairly dependable income, usually arriving quarter after quarter, no matter what the overall economy is doing. On top of that, income from these investments will tend to increase over time, as companies hike their payouts. Also attractive to investors are undervalued stocks, as they also offer the likelihood of price appreciation -- with a margin of safety.

Better still are appealing dividend-paying companies that find themselves undervalued at a given time. Here are three you might want to consider for insertion into your portfolio. 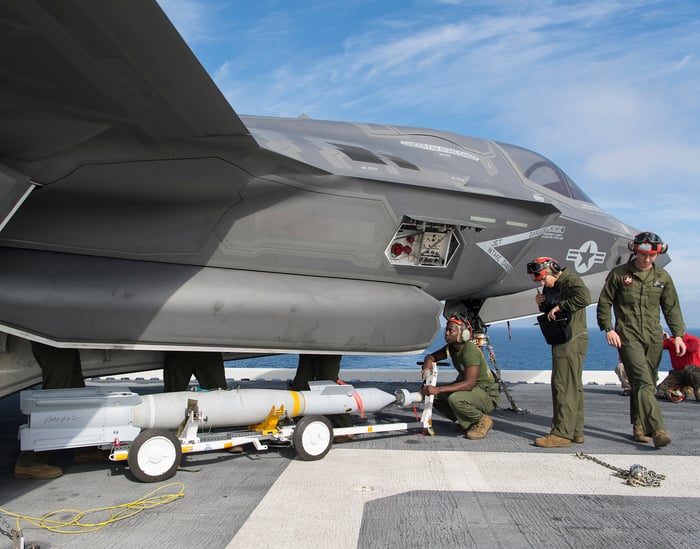 With a market value recently topping $90 billion and more than 110,000 employees, Lockheed Martin (LMT 0.41%) is a major defense company, specializing in the security and aerospace realms. It raked in more than $65 billion in 2020 (about 74% of which came from the U.S. government), generated some $8 billion in cash flow from operations and $6.8 billion in net earnings, and recently sported a backlog of orders valued at $147 billion. The stock price was recently down more than 16% from its 52-week high, in part due to slowing sales. That is a bummer, but the company has multiple irons in the fire, such as hypersonic missiles, which have real potential to boost revenue in the future.

Lockheed Martin's stock seems appealingly priced, with a recent price-to-earnings (P/E) ratio of 15.3, well below its five-year average of 22.5. Its dividend is appealing, too, recently yielding 3.4% and increasing at an annual average rate of 9.5% over the past five years. Its payout ratio of about 48% is a plus, too: Payout ratios reflect the percentage of earnings being paid out in dividend form, and 48% is a level that suggests there's still plenty of room for dividend growth. The company is also planning to reward shareholders with stock buybacks that will boost the value of remaining shares. Buybacks also happen to be a smart move when a stock is undervalued.

Omnicom (OMC -0.13%) may not be a household name, but it's the world's second-largest advertising company by revenue, recently boasting a market value topping $14 billion. It describes itself as more than that, as "the world's largest media network with more than 12,000 people working in over 100 countries." Advertising accounts for a bit more than half of Omnicom's revenue, with customer relationship management products and services making up much of the rest.

In the company's third quarter, it posted year-over-year revenue growth of 7.1% and net income growth of 13.5%. CEO John Wren noted on the accompanying conference call, "As we head into the fourth quarter, we are well-positioned competitively and expect to benefit as economic growth continues to improve globally and from ongoing cost management." Some are wondering lately if that's a bit optimistic, as the global supply chain issues may depress advertising spending, with many companies having less to sell.

Omnicom's stock recently sported a P/E ratio of 10.6, well below its five-year average of 14.3, suggesting that it's significantly undervalued. The company's dividend recently offered a fat yield of 4.1%, and that payout has been increasing at an annual rate of 4.9% over the past five years. 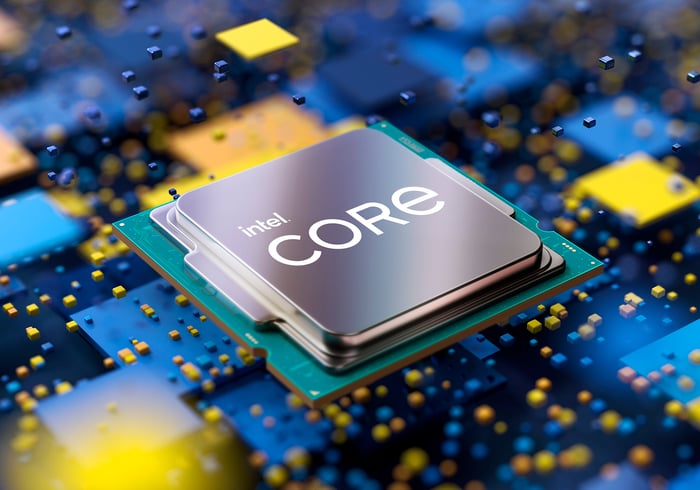 You may have heard of the chip shortage that's causing all kinds of problems for American consumers. Well, it's causing problems for chipmakers such as Intel (INTC 0.43%), too. It's having trouble keeping up with demand, which grew faster than expected in part due to people working from home during the pandemic and buying laptops, etc.

The company had already been struggling, facing competition from fellow semiconductor specialists Taiwan Semiconductor Manufacturing, AMD, and Samsung while delaying the release of newer, faster chips. It has a new CEO now, Pat Gelsinger, and he's busy building new manufacturing plants and working to expand production capacity. The U.S. government has also earmarked tens of billions of dollars to help spur chip production. These factors suggest a promising future for Intel, though it might take a while to get there.

In the meantime, though, the stock pays a dividend that recently yielded 2.8%, and that payout has grown at an annual rate of 6% over the past five years. And Intel's stock recently sported a P/E ratio of 9.5, well below its five-year average of 14.3, suggesting that it's significantly undervalued.

These are just some of many intriguing stocks out there that are both seemingly undervalued and also offering solid dividend yields. Take a closer look at any that interest you.

Do Earnings Matter Anymore? Microsoft and Intel Investors Say No
420%