Here's how to rebalance your portfolio.

Betting on a crash is usually a losing bet since the market generally goes up over the long term. That said, the Federal Reserve is poised to start reducing its support for the economy in general, which could be a catalyst for a major sell-off. If that happens, an investors should take a hard look at defensive stocks, which protect a portfolio during turbulent economic times -- starting with these three promising candidates. 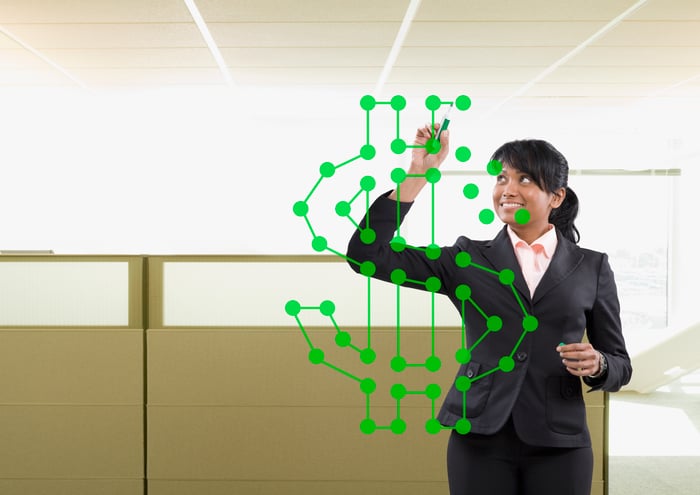 When the stock market crashes, it makes sense for investors to hunker down and pick up some defensive stocks. One of the hardest things to do is "time" a falling market. High-flying growth stocks often fall way further than people think they will. Instead, think about defensive stocks. Defensive stocks are largely insensitive to the economy; the companies often provide a service or produce goods that people will buy regardless of the state of the economy. For example, an apparel retailer will have a lot more sensitivity to general economic conditions than a drugstore or convenience store.

Realty Income navigated the pandemic without a blip

Realty Income (O 0.98%) is the quintessential defensive stock. The company develops stand-alone properties and rents them to largely investment-grade clients in defensive industries. Its tenants are drugstores, dollar stores, and convenience stores. During the pandemic, most of Realty Income's tenants were considered essential businesses and permitted to remain open. When most real estate investment trusts (REITs) struggled during 2020, Realty Income increased its monthly dividend three times. Certainly the fact that most of its tenants were considered essential businesses helped, but the company's entire business model is built around being able to absorb shocks like COVID.

Realty Income is a Dividend Aristocrat, one of a group of companies that have consistently raised their dividend year after year for at least 25 consecutive years. The company pays a $0.236 monthly dividend, which gives it a 3.86% yield.

Regulated utilities like Duke Energy are good in a recession

Duke Energy (DUK -0.08%) is a public utility that provides gas and electric services to the Southeast and parts of the Midwest. Public utilities have always been favorites of retirees since they provide an essential service and often pay an above-market dividend. If the economy goes south, people still need heat and electricity, so demand for Duke's services will be largely unaffected.

Duke Energy is a regulated utility, which means that the amount it is permitted to charge is regulated by the individual states in its service area. While this could appear at first glance to be a negative, it also means that the company will be permitted to charge enough to cover its costs. It will generally negotiate with each individual state in its service area every year or two, so if costs are rising, the utility will be able to pass these on to the consumer. The company recently raised its dividend, and has a long history of paying dividends. With a yield approaching 4%, it's a good pick for income investors.

American Tower (AMT 1.08%) is probably better known as a growth stock, but it does have some important defensive characteristics. It's a REIT that invests in cellphone towers. The big mobile phone providers and cable companies then rent space on these towers. American Tower is part of a duopoly in cellphone towers in the U.S., and any potential rivals face high barriers to entry.

Over the past decade, we have seen steadily increasing demand for data on cellphones, which is expected to continue as 5G rolls out and content providers create services that require it. American Tower also has raised its dividend every quarter since April of 2012. At current levels, the company's yield works out to be 1.83%.

My Top Real Estate Stock to Buy and Hold Forever

Why Realty Income Can Keep Increasing Its Dividend