Vertex Pharmaceuticals (NASDAQ:VRTX) brings in billions of dollars in annual profit and revenue from its four cystic fibrosis (CF) treatments. The company is doing so well that, during this week's earnings report, it increased its annual revenue forecast -- again.

That sounds like great news. But Vertex had some even better news to report. And this news may ease investors' biggest worry about the biotech company. Since two non-CF candidates failed in clinical trials over the past year, investors have worried Vertex may struggle to expand beyond that therapeutic area. Vertex shares have tumbled about 30% since last October.

But Vertex may be ready to prove its ability to tackle other treatment areas. The company's CEO says a new game-changing treatment might be only a year away. Let's take a closer look. 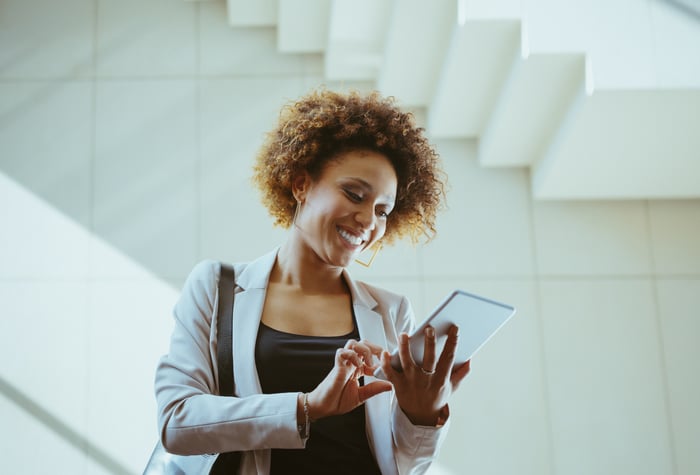 I'm talking about CTX001, a gene-editing therapy candidate for the blood disorders beta thalassemia and sickle cell disease. Vertex has fully enrolled its clinical trials. In fact, patient and physician interest has been so high that Vertex is adding extra participants beyond the target of 45 for each study. Vertex is enrolling these volunteers in the trials this month.

Trial results so far have been encouraging. In June, Vertex and its partner CRISPR Therapeutics reported data on 22 patients with at least three months of follow-up. In beta thalassemia, all patients remained transfusion independent. And in sickle cell disease, patients didn't experience the painful crises caused by blocked blood flow.

Vertex CEO Reshma Kewalramani says the company expects to file for regulatory approval by the end of next year.

"We have high confidence that CTX001 will be our next launched medicine," she said during the earnings call on Tuesday.

This isn't Vertex's first expression of confidence in the candidate. The company increased its stake in the project with CRISPR earlier this year. It agreed to pay CRISPR $900 million up front in exchange for 60% of worldwide profits. That's up by 10% from the original agreement.

Vertex has already started to prepare for a possible launch. The company has hired people who will play key roles. The second focus is on manufacturing. Vertex plans on using the same sites and methods it's now using for the production of CTX001 for clinical trials. The biotech says the goal is to be able to get product to patients immediately after regulatory approval.

This potential therapy could be big for two reasons: First, because it's meant to be a one-time curative treatment, and second, because treatment options for these disorders are limited today.

We also have reason to be optimistic about the level of revenue Vertex may generate from the eventual treatment. Vertex estimates 32,000 patients with the blood disorders in the U.S. and Europe could be candidates for CTX001. The therapy could generate $1.3 billion in sales by 2026, according to EvaluatePharma.

So, we're looking at a potential blockbuster. But what might be even more important is the fact that CTX001 is a non-CF candidate. If Vertex is able to bring the potential treatment to market, it will prove that it can indeed expand beyond its core program. This will likely open up the door to lasting share gains.

Now, does this mean we have to wait for a potential regulatory approval to spark an increase in the stock? Not necessarily. If all goes smoothly, Vertex stock may start making its way higher. But I don't expect a major change in the feeling surrounding this stock until it gets closer to the regulatory submission stage. The good news, though, is that a year isn't very long to wait, especially for a long-term investor.