If you can't be Warren Buffett, you may as well invest like him by choosing the three best options right now from his company's holdings.

What's even more special is that he has adhered to some investing principles over the years when he looks for companies in which to invest. He looks for businesses with a strong moat, competitive advantages, a large margin of safety, and shareholder-friendly management. On top of that, he holds his companies for a long time.

We're not all mini-Buffetts, but we can learn from his lead and take advantage of companies he invests in and consider them for our own portfolios. Three Motley Fool contributors have reviewed his portfolio and chosen three of Buffett's stocks to invest in during the month of November. Here's why they recommend Moody's (MCO -3.03%), the SPDR S&P 500 Trust ETF (SPY -0.61%), and Berkshire Hathaway (BRK.A 0.05%) (BRK.B -0.03%) itself. 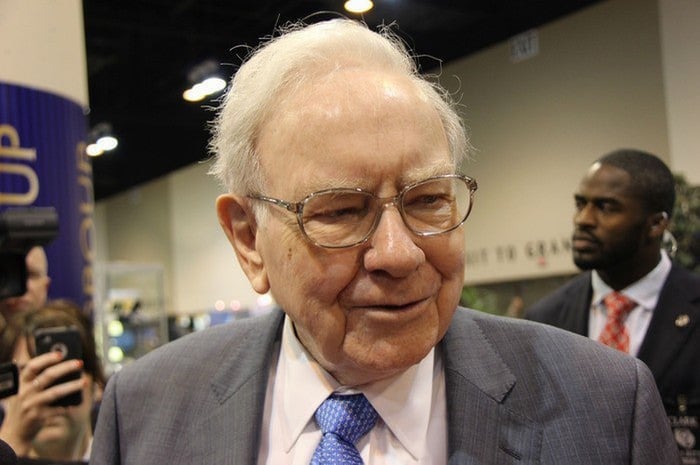 A ratings superstar with a huge moat

Eric Volkman (Moody's Corporation): There are many stocks in Berkshire's equity portfolio that constantly appear in the headlines -- hello, Apple and Bank of America! One that doesn't is a bit of a sleeper -- Moody's Corporation. And like a lot of good sleeper stocks, Moody's has plenty of potential for investors of any stripe.

One investing principle Buffett strongly believes in is that of a moat. He's partial to companies operating in businesses with high barriers to entry. Moody's ticks that box, as it's one of only three major credit-rating agencies on the scene (along with S&P Global's Standard & Poor's Global Ratings and Fitch Ratings).

Credit-rating agencies gauge the investment-worthiness of corporate and public debt instruments like bonds. These ratings are crucial for investors, particularly since many institutions only buy debt above a certain rating threshold.

It's good to be one of the three kings. Interest rates are hovering near all-time lows (at least for now), which means a lot more borrowing, since debt is relatively cheap.

Combine that with the privations of the coronavirus outbreak, and you've got many more companies lining up to borrow money. According to research from Deloitte, total corporate debt rose by 9% year over year in 2020. At the end of that year, the grand total of borrowings by non-financial businesses in this country stood at roughly $17.7 trillion. That generates a lot of business for ratings specialists.

Moody's is doing its usual good job of taking advantage of this. Moody's Investors Service (MIS) -- the core ratings division of the company's operations -- took in $925 million in the third quarter alone, up a sturdy 12% year over year.

Interest rates won't stay on the floor forever, particularly considering that inflation is rearing its ugly head. But even if rates rise, they'll still be low on a historical basis, and companies will continue to borrow money.

Besides, judging corporate credit isn't Moody's only activity. The second component of its operations, business-intelligence unit Moody's Analytics, has also been growing at encouraging rates. In Q3, revenue for the division increased 13% to $601 million. In the space of five years, that figure has nearly doubled; by comparison, MIS's take rose by "only" 51%.

Moody's is one of those powerful businesses that has modest expenses compared to what it earns in revenue. In said Q3, its headline net profit was $474 million on $1.53 billion in revenue. This was not a fluke -- if we zoom out to the company's previous four fiscal years, net margin has been similarly healthy, ranging from 24% to 33%.

Finally, for income investors, Moody's also pays its shareholders on a regular basis. Its payout is not a high-yield dividend, at only 0.6%, but it's steady and reliable -- the company hands it out every quarter, and habitually (and generously) raises it every year. Is this the ultimate in defensive investments?

Chuck Saletta: (Berkshire Hathaway) As CEO of Berkshire Hathaway, Warren Buffett has built a mini-economy unto itself. There's energy generation and transportation, goods and services transportation, food, clothing, shelter, insurance, and more, all wrapped up in that single corporate conglomerate. As if that weren't enough, the company is regularly criticized for carrying too much cash, which can be rough in an inflationary environment but is wonderful when the economy hits the rocks.

Most of those fairly defensive operating businesses are subsidiaries of Berkshire Hathaway, which means that you can only buy a stake in them by buying the parent company. And all that cash? Well, it keeps piling up because those subsidiaries keep generating more of it. Can too much cash be a problem? Absolutely -- but it's certainly a better problem to have than the opposite one.

If that weren't enough, investors can pick up shares of Berkshire Hathaway for just above 19 times the company's expected earnings. That's a bit cheaper than the overall S&P 500's estimate above 21, making the company a relative bargain, despite its incredibly strong financial position.

Of course, with such a defensive footprint, Berkshire Hathaway isn't expected to post incredible growth through its operations. Remember, though, that along with the company's operating footprint, by buying Berkshire Hathaway stock, you also get the stock-picking services of Warren Buffett and his handpicked successors. With a total package like that, what's not to love? 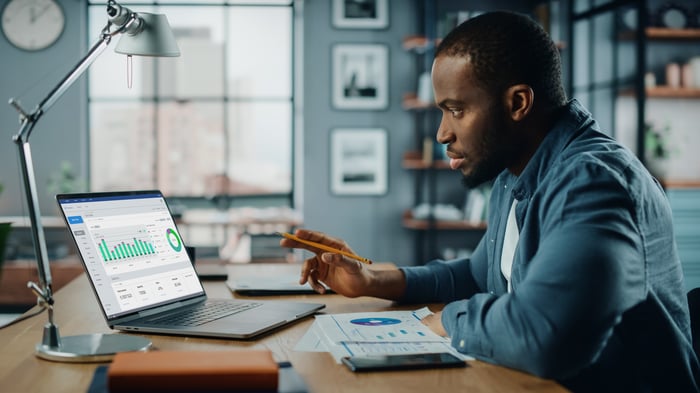 Buffett's favorite investment of them all

Barbara Eisner Bayer (SPDR S&P 500 Trust ETF): There's no arguing that the Oracle of Omaha has been one of the world's greatest stock pickers of all time. But even with this enormous talent, he doesn't recommend investing in individual stocks for most people. Instead, he's advocated time and time again that the best investment for individual investors is an index fund or exchange-traded fund (ETF) that tracks the S&P 500 index.

As far back as 2013, Buffett wrote in his annual letter to shareholders: "The goal of the non-professional should not be to pick winners -- neither he nor his 'helpers' can do that -- but should rather be to own a cross-section of businesses that in aggregate are bound to do well. A low-cost S&P 500 index fund will achieve this goal." And as recently as the 2021 annual meeting, Buffett said: "It's a great argument for index funds. If you just had a diversified group of equities, U.S. equities, that would be my preference, but to hold over a 30 year period."

So what exactly is this investment vehicle that Mr. B is so excited about? As implied in its name, an index fund tracks a particular index and is available in a variety of investment classes (small-cap, mid-cap, large-cap), sectors (everything from healthcare to cryptocurrencies), and domestic and international. ETFs trade like a stock and can be bought and sold any time.

But Buffett prefers the S&P 500 index because it holds 500 of the largest U.S. companies and has given investors an average annual return of 10% over the long term. By purchasing this type of index fund, you'll get instant diversification and the ability to invest without paying any attention to what's going on every day in the stock market.

How much does Buffett believe in index funds? When he's gone, he wants his wife's estate invested 90% in an S&P index fund (with the other 10% going into Treasury bills).

If you want to invest like Buffett, follow his advice. Buy an S&P index fund and hold it for the long term. It's the best and most consistent holding he's recommended throughout the years, and it easily can be yours, too.

This Buffett Stock Could Become a Data & Analytics Giant
413%