Shares of Appian (NASDAQ:APPN) are making gains in Monday's trading. The low-code software specialist's stock is up roughly 7% in the daily session as of 11:30 a.m. EST.

The company's valuation is climbing in conjunction with positive analyst coverage. It also appears to be benefiting from bullish momentum for growth-dependent technology stocks. 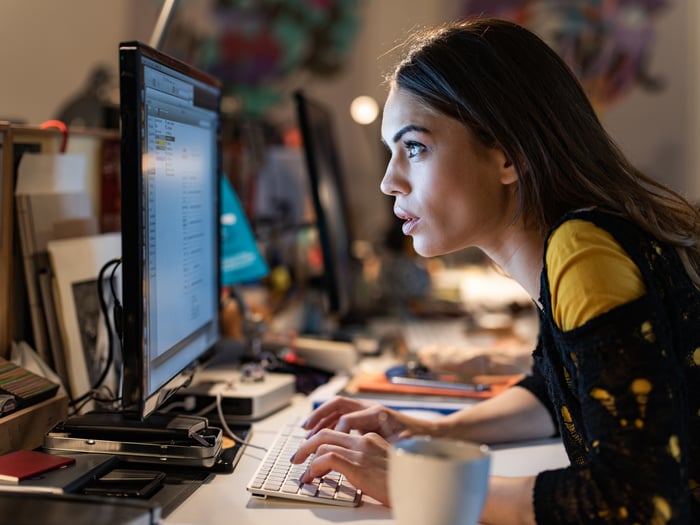 Truist analyst Terry Tillman published a note on Appian on Monday, upping his rating on the stock from hold to buy and increasing his one-year price target on the stock from $105 to $116 per share. The software company's stock had recently lost some ground following its third-quarter earnings release, and the analyst said he viewed the sell-off as unwarranted. Coming on the heels of the Q3 earnings release, Tillman stated that he was even more bullish on the company's ability to capitalize on growth potential in the low-code development space.

Appian provides a software development platform that allows users to quickly build and deploy applications with minimal coding knowledge. With businesses ramping up digital transformation initiatives and looking for ways to make work flows more efficient, there has been rising demand for the company's services.

Appian published its Q3 results on Nov. 4, posting a non-GAAP (adjusted) loss of $0.22 per share on revenue of $92.42 million, while the average analyst estimate had called for a per-share loss of $0.19 on revenue of roughly $91.1 million. Revenue was up roughly 20% year over year in the period, and cloud subscription revenue climbed 36%, but the market seemed to fixate on the wider-than-expected loss and slightly weaker-than-expected full-year sales guidance in post-earnings trading.

I own shares of Appian in my portfolio and agree with Tillman that the sell-off following the earnings release was overdone. Appian continues to have a promising runway for growth, and I think the stock is worth a close look for risk-tolerant investors.