Skillz (NYSE:SKLZ) is an exciting gaming company. Unlike many of its peers, the company offers its players the opportunity to wager on games played against each other. That inherently makes the games more competitive and has the potential to attract serious users who may be willing to spend more money in their gameplay.

The company reported third-quarter earnings on Nov. 3, and it is spending aggressively to spread the word and convince players to try out its games. Overall, Skillz spent a whopping 112% of revenue on sales and marketing during the quarter. Let's take a closer look. 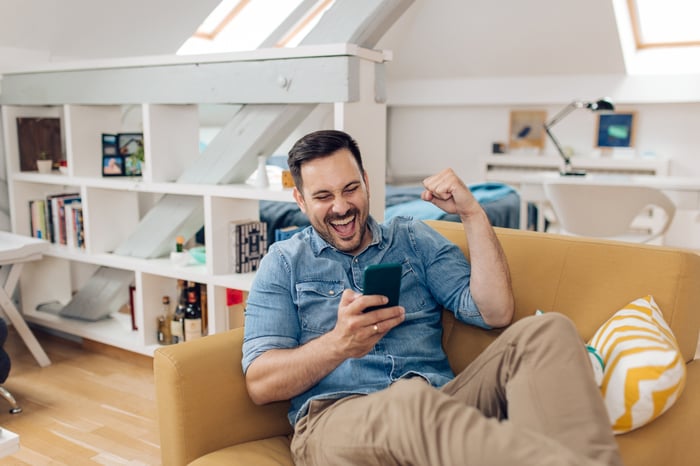 Skillz keeps pedal to the metal in Q3

Revenue hit $102 million in the third quarter, up 70% year over year. That feat would have been more impressive to investors had the company not spent so much on marketing.

The imbalance is not sustainable, and combined with its rich valuation, explains why the market has not been keen on Skillz stock in 2021. Shares of the video game platform fell 9% the day following the earnings announcement, adding to what is now a 75% decline from its all-time high from just a few months ago. Investors have clearly lost their patience waiting for Skillz to lower its acquisition costs.

On the bright side, Skillz showed promising results in other parts of its quarterly report. Paying monthly active users (PMAU) increased to 509,000 from 463,000 in the second quarter. That's a reversal of the slight quarter-over-quarter decline reported in August, which had me worried this key user metric would continue to trend downward as economies progressed in their reopening efforts.

The launch of a new hit title also helped drive user growth. Popular franchise Big Buck Hunter became available on its platform during the third quarter, and it helped drive user acquisition. The success of the game in attracting players could give management a new avenue for allocating capital.

Recall that Skillz does not develop games of its own. Instead, it encourages developers to create games for its platform by incentivizing them with a percentage of revenue generated from each title. Therefore, Skillz may get a better return on its investment if it spends more on incentives for developers. A hit title can create buzz and word of mouth that attracts players faster than what the company is seeing from existing marketing channels.

Overall, the company has an excellent opportunity ahead of it with the long-term growth of the gaming industry, but it needs to find a more efficient path for reaching a larger audience.