JPMorgan Chase (NYSE: JPM), the world's largest bank, recently issued a report on digital assets that said many investors continue to view Bitcoin (CRYPTO: BTC) as a substitute for gold, and therefore a hedge against inflation. Earlier this year, however, there were plenty of experts who said just the opposite.

I don't know who is right, and I think the idea of Bitcoin being a hedge against inflation is still somewhat debatable. However, with inflation still trending upward, the Federal Reserve officially beginning to taper its bond purchases, and the market pricing in interest rate hikes in 2022, thinking about hedging your portfolio against inflation certainly isn't a bad idea. Here are two crypto stocks that I think could act as better, more guaranteed hedges against inflation than Bitcoin.

The roughly $12 billion asset Silvergate Capital (NYSE:SI) is one of the few licensed banks in the country that operates heavily in the crypto space. While it neither holds cryptocurrencies on its balance sheet nor mines them, its entire business model is based on its real-time payments system -- the Silvergate Exchange Network (SEN) -- which allows parties to clear transactions instantaneously, 24 hours a day. It makes trading cryptocurrencies more efficient for institutions and crypto exchanges because the assets trade around the clock. SEN has helped the bank bring in tons of deposits that it doesn't have to pay any interest on, as well as attract a large clientele to whom it can cross-sell its traditional banking products. Additionally, SEN can mint and burn stablecoins, which presents a huge opportunity for the bank. 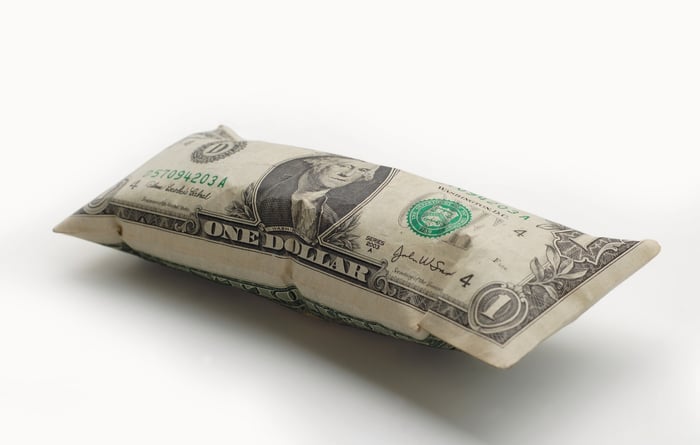 Silvergate disclosed in its second-quarter regulatory filing that if the Federal Reserve were to raise the fed funds rate by 1%, net interest income at the bank -- revenue it makes from loans and securities after covering its cost of funding -- would rise by nearly 52% over the next year. That's a greater forecast jump on that metric from such a rate hike than any bank I've seen, and it largely has to do with the fact that Silvergate has so many deposits that it pays no interest on that it could deploy into interest-earning assets. The bank would likely be a lot more profitable in a higher-rate environment.

Signature Bank (NASDAQ:SBNY), too, has developed a real-time payments network -- in this case, called Signet -- that works to better serve the transactional side of cryptocurrency trading. This has helped the nearly $108 billion asset bank build a much stronger deposit base and bring in more fee income than it could back when it was a more traditional financial institution.

According to its second-quarter regulatory filing, if the Fed were to hike the federal funds rate by 1%, Signature's net interest income would grow by 6.3% over the next year. That's obviously not as large a boost as Silvergate forecasts for itself, but Signature is much bigger. Additionally, Signature is still changing the overall composition of its deposit base, and still has a lot of interest-paying deposits, rates on which rise in line with interest rates, dragging on the bank's margins. Signature is also rolling out and ramping up new lending products that would likely shift the bank's loan portfolio toward more loans with floating rates. Based on that, Signature's asset sensitivity should continue to grow.