MercadoLibre (NASDAQ:MELI) reported strong numbers after releasing its third-quarter 2021 earnings report on Thursday, Nov. 4. This was welcome news to investors, as MercadoLibre and other e-commerce stocks have struggled in 2021 amid uncertainty about the effect of reopenings.

However, despite the increased offline activity, Thursday's report indicated many investors may have overestimated the effects of a potential slowdown. This could mean the near-term struggles for MercadoLibre stock may have ended. 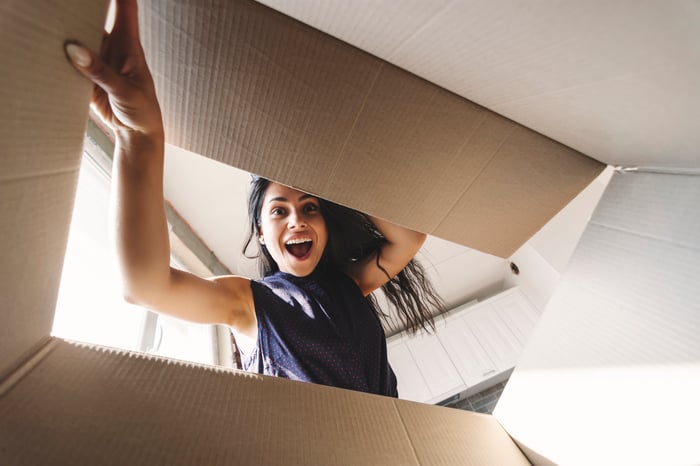 MercadoLibre appears more adept at continuing the momentum from the pandemic that once boosted its industry. In the third quarter of 2021, the company reported revenue of $1.9 billion. This figure increased 66% from year-ago levels.

Net income surged 139% over that period to $126 million. The growth in operating expenses lagged revenue growth, and the tax burden fell, allowing profit to surge faster than revenue.

MercadoLibre continues to become an increasingly significant shopping option in Latin America. Unique active users of 78.7 million in Q3 came in only 3% higher than 12 months ago. Despite that modest increase, gross merchandise volume grew 24% to just over $7.3 billion.

Its shipping arm, Mercado Envios, shipped nearly 248 million packages, 32% more than the same time last year. Moreover, although it did not break down the revenue of its fintech arm, Mercado Pago, its total payment volume surged 44% to nearly $20.9 billion.

As a result, MercadoLibre stock climbed almost 5% in the next trading session. This is a dramatic move for a stock that has lost 3% of its value in 2021.

Additionally, its price-to-sales ratio has fallen to its mid-2019 level of around 15 after reaching the 26 range earlier this year. This means that MercadoLibre remains much cheaper than Sea Limited (NYSE:SE), the Singapore-based e-commerce and fintech giant trying to establish a foothold in Latin America.

The current state of MercadoLibre

Such numbers are good news for MercadoLibre's investors despite the company facing competition from Sea Limited, and also from Amazon (NASDAQ:AMZN) as the pioneering American e-commerce giant tries to expand south of the border.

However, MercadoLibre's e-commerce business benefits from two crucial tailwinds. First, Grand View Research estimates a 10% compound annual growth rate (CAGR) for global e-commerce through 2028, which bodes well for all of the industry. Second, investments in both shipping and payments give it an established infrastructure unmatched in Latin America by either Amazon or Sea Limited.

Moreover, the payments business could give MercadoLibre an additional boost. Amazon relies primarily on developed world payment systems. In contrast, MercadoLibre developed a secret weapon in Mercado Pago to facilitate electronic payments in its cash-dependent markets. Although Sea Money can perform a similar function, its relatively late move into the market could leave it without a significant competitive advantage in Latin America.

Furthermore, Mercado Pago served as a first mover in many markets for its particular type of fintech. Although companies like Brazilian fintech providers StoneCo and PagSeguro have made strides in Brazil, they may contend with additional struggles should they move into other markets where MercadoLibre holds an established presence.

Additionally, with Grand View Research estimating the global fintech industry's CAGR at 19% through 2028, the industry will likely continue to benefit from significant economic tailwinds.

Should I consider MercadoLibre?

MercadoLibre's numbers indicate that the end of the pandemic may not trigger the e-commerce slowdown many fear. Moreover, the company operates and holds competitive advantages in the fast-growing e-commerce and fintech industries, meaning companies such as Amazon or Sea Limited could face more significant struggles in competing.

With the valuation falling to pre-pandemic levels and its businesses growing at a rapid pace, a position in the internet and direct marketing retail stock appears increasingly attractive.