While getting in early on a groundbreaking initial public offering (or SPAC) can feel like a way to squeeze the most potential from a new investment opportunity, it is often wiser to wait until these companies have delivered a few quarterly reports before diving in. Such businesses may be overhyped, have unclear financials, or just need time to adjust to being under the eye of the market, so there are many reasons for an investor to exercise patience.

Due to these factors, among others, such stocks are often quite volatile in the first few months and quarters after they debut, and these three are no exception. Each one has dropped far below its peak price from earlier this year, though all still offer immense promise. And now that some time has passed and a few earnings reports are out, the details that justify investing in them are slowly becoming more apparent. 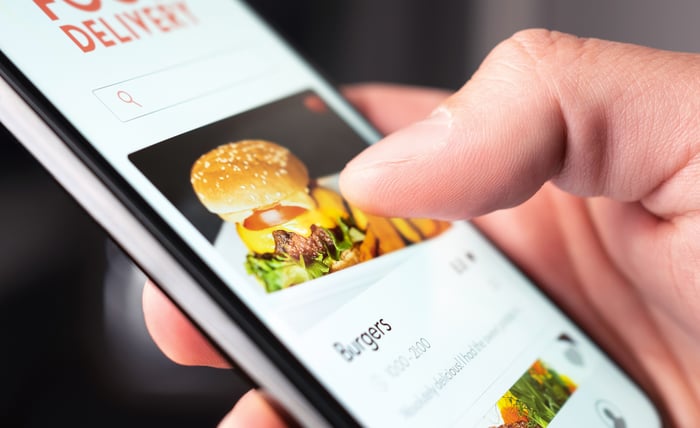 Olo (NYSE:OLO) (short for online ordering) offers a service that enables restaurants to easily expand sales beyond the walls of their physical establishments. By providing three critical solutions -- ordering, delivery, and platform -- it connects restaurants to the on-demand world.

In the second quarter, Olo posted 48% year over year revenue growth as the top line hit $35.9 million. It not only added new restaurants to its client base but successfully upsold existing customers as its dollar-based net revenue retention (NRR) came in at over 120%.

NRR is an excellent metric to watch with software-as-a-service companies, as it compares the growth in revenue from existing customers from one year to the next, including churn. Anything above 100% shows that customers are spending more than the company is losing in churn. Olo's number indicates it has a pretty strong moat in its niche.

What ultimately makes Olo unique is that it allows restaurants to develop relationships with their own customers by keeping them in-house, rather than acting as just a food supplier to DoorDash, for example. Looking to build upon this customer-relationship focus, Olo recently acquired Wisely and its customer-engagement platform for $187 million.

When Olo's next earnings report comes out after the close on Nov. 9, I'll be watching for NRR to stay above 120% while also looking for guidance on how its integration of Wisely could improve that metric over time. If Wisely is integrated successfully, Olo's value proposition to restaurants could make it almost impossible for clients to part ways with the company.

With one in 10 new apartments built today adopting Latch's offerings, it is fast becoming a staple in modern construction. However, since its products can be retrofitted and adapted to integrate with most technologies -- say Nest, for example -- the company won't be dependent upon new building construction to drive sales.

For now, management's primary focus is to get Latch's hardware into as many buildings as possible, regardless of short-term impacts to profitability. With revenue growth of 227% year over year in the second quarter, the company is doing just that.

Due to its focus on long-term cash generation versus short-term profitability, Latch's stock price has been highly volatile since it went public through an SPAC, especially since it doesn't fit cleanly into any valuation methods that Wall Street seems to love. However, in the second quarter, total bookings grew 102% year over year to $96 million, so given its market capitalization of $1.4 billion, this stock could be undervalued.

Looking ahead to earnings, also due after hours on Nov. 9, I'll be watching Latch's budding software revenue, as that part of the business will be the long-term driving force behind its future performance.

AppHarvest: Down more than 80% from its 52-week high

Amid an operational transformation, AppHarvest (NASDAQ:APPH) has also seen its shares plummet since its SPAC debut. The controlled environment agriculture specialist aims to streamline its operations by restructuring itself into three subsidiaries: AppalachiaCo, GrowCo, and TechCo.

While short-term results from the company's core AppalachiaCo operations have the stock down in a significant way, its new TechCo unit could provide long-term viability. TechCo's potential to act as a turnkey solution to vertical farmers worldwide could be an excellent opportunity for AppHarvest to leverage the knowledge and technology it has amassed.

With AppHarvest's current controlled environment agriculture operations being fairly minor as it continues to craft its process, I will be looking toward progress in the new TechCo's proliferation. While AppalachiaCo and GrowCo's operations could eventually provide meaningful returns to investors, TechCo has the potential to be immediately scalable and of vital importance to parts of the world where climates are not as agriculturally favorable.

Guiding for annual sales in the $40 million to $50 million range with a gross margin of 75% by 2025, management expects significant things to come from its TechCo unit. While these figures may be an ambitious target from management, they do give us something to build expectations upon and hold the company accountable to in the upcoming quarters.

AppHarvest's earnings report is coming Nov. 10, and investors should keep a sharp eye out for updated guidance and potential sales tied to TechCo's operations.