Shares of fuboTV (NYSE:FUBO) were tumbling 19% in midday trading after the livestreaming sports TV platform reported third-quarter earnings after the market closed yesterday, despite showing strong results across the board.

Revenue of $156.7 million was ahead of Wall Street estimates of $143.5 million while an adjusted loss of $0.59 per share beat analysts' forecasts of a $0.61-per-share loss (consensus estimates typically don't include one-time items that are reconciled by the adjusted figure a company reports).

fuboTV also expects to end 2021 with 1.06 million to 1.07 million subscribers, better than the 927,000 subscribers analysts predicted. 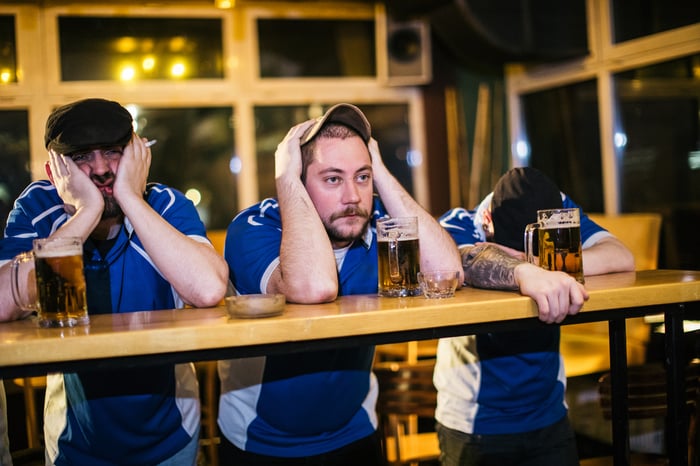 Considering how well fuboTV trounced Wall Street estimates, it doesn't make much sense for the livestreamer's stock to crumble as it's doing.

Yet one analyst at LightShed Partners is not so enamored of fuboTV's business model. According to Investors Business Daily, the firm said fuboTV will have difficulty making a viable business out of its video service, which has been a perennial money-loser, and that the company is overpaying for sports rights.

A nascent sports betting effort will also be difficult to scale. According to IBD, the report said the plan is to "sell the company before everyone realizes how bad the underlying financial story actually is."

That assessment seems a bit harsh considering the growth fuboTV is exhibiting and its ability to continue narrowing its losses. Having crossed the symbolically important 1 million paid subscriber threshold after the end of the third quarter, the streaming service is still charting a growth trajectory.

Having launched its sportsbook in Iowa on Nov. 3, fuboTV can now focus its attention on transforming passive sports viewers into active sports bettors.