Shares of Poshmark (NASDAQ:POSH), which describes itself as a social marketplace for new and secondhand style, dropped precipitously out of the gate on Wednesday, declining by 34% at one point in early trading. About an hour into the trading day, the shares were still lower by around 26%, showing that much of the initial pessimism was lingering. The reason for the drop was the company's earnings update, released after the close on Tuesday.

However, the company lost $0.09 per share in the quarter, down from a profit of $0.44 in the third quarter last year and analyst expectations of just $0.07 of red ink. Investors don't like it when companies miss analyst projections. 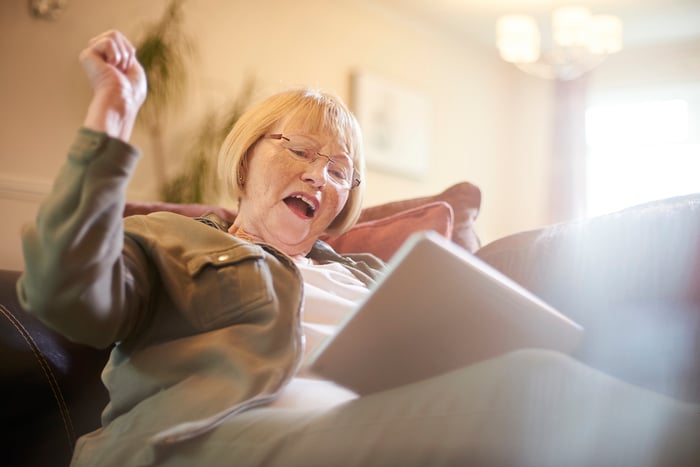 But the massive drop here likely has less to do with the past than it does the future. On that front, it's important to note that Poshmark's third-quarter sales missed the guidance range it provided when it reported second-quarter results. And while the fourth-quarter guidance is for slightly higher sales over the third quarter, that has to be juxtaposed against the fact that the end of the year is a key selling season because of the holidays. Investors might have been expecting more.

Which brings up a quick comment from management that highlighted "the headwinds of Apple privacy changes." Without getting into the woods here, Apple has made it harder for companies to track users. And that, in turn, makes it harder to target advertising. This is likely to be an ongoing issue for Poshmark as a digital platform for at least a little while longer. In other words, the outlook doesn't seem particularly impressive at the moment.

The stock has fallen dramatically since its initial public offering in early 2021. Poshmark is essentially a secondhand store for high-end goods that uses an internet platform. While that idea might sound good at first, early results here suggest that perhaps the market isn't as big as the company hopes. And it isn't the only company trying to grow in the space, so competition is a big issue, too.

With investors obviously in a bit of a mercurial mood, conservative types should probably stay away from this name until its business model proves more consistent.