Despite some bright spots in the Q3 earnings report, investors are worried about headwinds.

While there are surely some investors impressed with Wheels Up Experience's (UP -1.63%) report of a quarterly record for revenue in the third quarter of 2021, there are other items on the income statement -- as well as the cash flow statement -- that are failing to lift the majority of investors' spirits today. 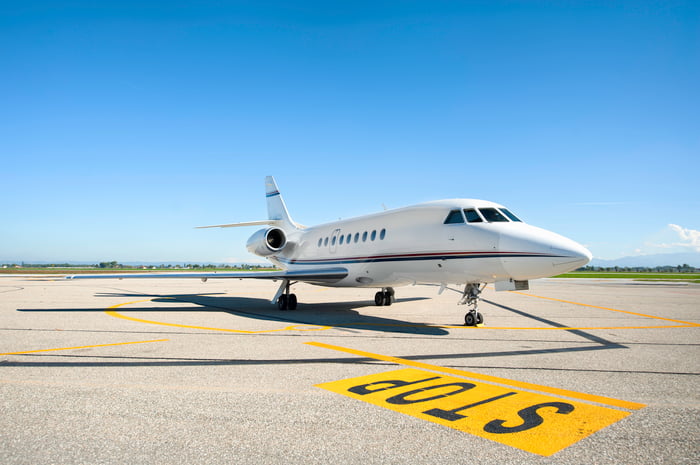 Growing its active membership 45% year over year, Wheels Up, on the surface, seems to be succeeding in proving to customers the value of its private aviation service. Investors, however, seem to be more concerned with the fact that, while the company's number of active members is growing, the company's profitability hit some turbulence during the quarter. The company reported a loss per share of $0.25, or a net loss of $59.5 million for the quarter -- a precipitous decline from the net income of $20.5 million that it reported during the same quarter last year.

According to the press release accompanying the earnings report, the reversal on the bottom line stemmed from several factors, including "the utilization of $51.6 million of CARES Act grant funding in 2020," as well as higher operating costs and supply constraints.

Investors found little solace in the cash flow statement. While the company reported an operating cash flow of positive $14.8 million in Q3 2020, it reported cash from operations of negative $33.5 million in the recently completed quarter.

During earnings season, it's common to see investors overreact to quarterly reports. However, in the case of Wheels Up, it seems the bears are justified. Wheels Up, despite growing its customer base, needs to prove on a consistent basis that catering to an affluent clientele with its private aviation offerings can be a sustainable business model.

Why Wheels Up Stock Is Going Up Today

Why Wheels Up Experience Stock Is Up Today
397%