Electric vehicle (EV) start-up Lordstown Motors (NASDAQ:RIDE) came out with two bits of news Wednesday. One pointed to continued disarray at the troubled automaker, but the other brought investors hope that it may finally be on the right path. And it was the latter item that apparently inspired traders to pile into the stock Thursday morning, with shares popping more than 20% early. The stock has pared some of those gains, but remained up by 15.7% as of 12:15 p.m. EST.

Back in June, Steve Burns resigned as CEO and from Lordstown's board of directors amid accusations of overstating the pre-order data for the company's Endurance electric pickup truck. On Wednesday, the company announced another executive reorganization as its president and CFO both stepped down for undisclosed reasons. But investors are focusing instead on the other news of the day. Lordstown and electronics manufacturing giant Foxconn officially released details of a partnership that the EV maker believes will transform it into a long-term player in the sector. 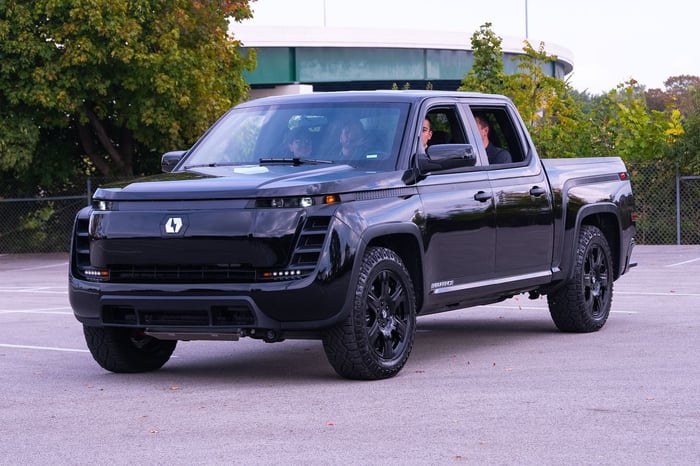 The agreement calls for Foxconn to purchase Lordstown's manufacturing facility in Ohio for $230 million, to be paid in installments between now and the deal's closing, which is scheduled for the end of April. The sale will exclude some assets, among them the hub motor and battery module assembly lines. When the deal closes, Foxconn will receive 1.7 million warrants to acquire Lordstown common stock with certain restrictions.

The two also plan to pursue a contract agreement under which Foxconn will manufacture Lordstown's Endurance electric pickup truck, if that agreement can be finalized before the closing date of the sale. Finally, the companies intend to seek a joint venture agreement "to co-design and develop vehicle programs for the global commercial fleet market."

The potential for a stabilized business and manufacturing plan has investors feeling more upbeat about Lordstown stock.