Rivian (NASDAQ:RIVN) may be the electric vehicle (EV) stock getting the most press this week, but there are plenty of other names in the sector with stock prices soaring. Today, those include Lucid Group (NASDAQ:LCID), Nikola (NASDAQ:NKLA), and battery maker QuantumScape (NYSE:QS). Shares of those three stocks had jumped 9.2%, 3.5%, and 13.9%, respectively, as of 2:55 p.m. EST.

Each of these companies has announced recent progress toward commercializing its EV products, but the stocks have gotten an extra tailwind with Rivian's well-received initial public offering (IPO) this week. With Rivian stock rising for the second day, and the market cap of almost $100 billion bringing it to a valuation above the traditional major U.S. automakers, it's not too surprising to see investors taking other EV stocks along for the ride. 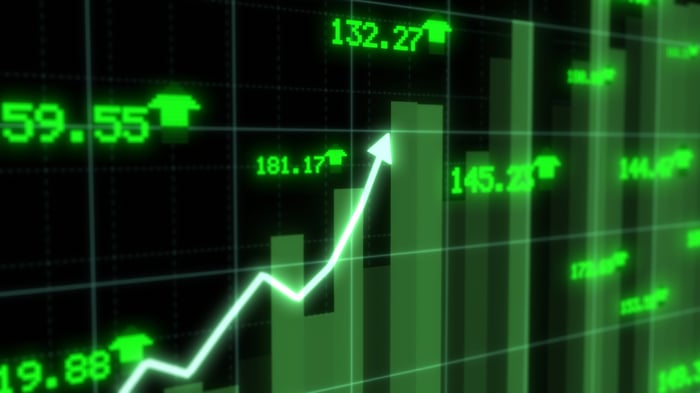 The timing of the surge in share prices makes some sense, though. Just over a week ago, Lucid delivered its first luxury electric sedans that many think will rival EV leader Tesla in the space. The top-of-the-line Air Dream Edition had sold out its 520 reservations -- a number that coincides with the company's sector-leading Environmental Protection Agency-rated 520-mile battery range. That's more than 100 miles longer than what Tesla's battery technology brings. Those Lucid sedans sell for $169,000 each, so even the relatively low number of customers brings meaningful initial revenue to the start-up.

Neither Nikola nor QuantumScape has begun commercial sales yet. But both appear to be getting closer. Nikola expects its first battery electric semitrucks to be shipping to dealers and customers before the end of the year. And the company also says it is making progress on its hydrogen fuel cell electric trucks, which it has begun testing and says remains on schedule.

QuantumScape isn't as close to commercialization, and its solid-state battery technology has no guarantee of success. But it has been making progress, with automotive partners beginning testing already. This week, QuantumScape announced it has set up a corporate campus in San Jose, California, for its pre-pilot production line, and three new buildings for future growth. Company co-founder and CEO Jagdeep Singh said of its new 10-year lease, "As we shift into the next phase of our growth trajectory, developing advanced manufacturing capabilities becomes more critical."

Most of this week's news may be focused on Rivian. But there's plenty investors are also liking about Lucid and other EV innovators. While Rivian's IPO may be a tailwind this week, it doesn't hurt when car enthusiasts from Motor Trend magazine summarize a review of Lucid's new product saying, "The Air is not just the most compelling American luxury car in recent memory, it's also an impressive rethink of what a luxury sedan should be."

That kind of excitement is also part of why Lucid and other EV stocks are moving higher today. And investors will be watching closely when Lucid addresses investors again this coming Monday, Nov. 15, when it reports its third-quarter financial results.